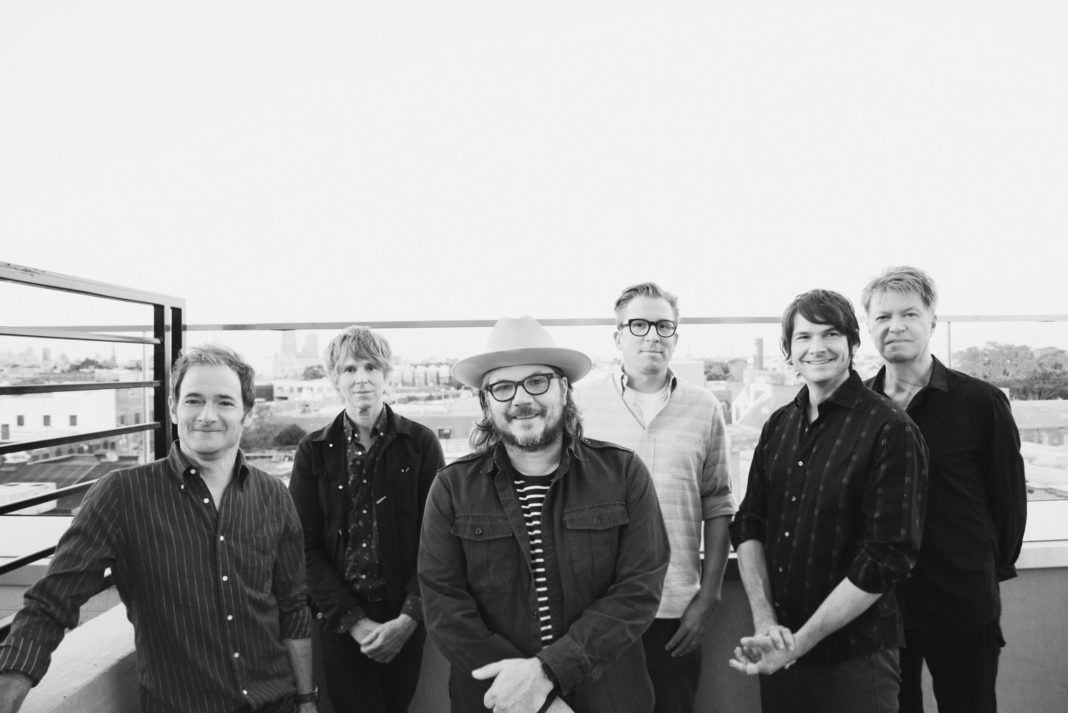 Is it cliché to say there is a little something for everyone this weekend with the Red Butte Garden Outdoor Concert Series? Yes, but not technically untrue. Country musician Travis Tritt has a new album out and his tour is coming to Red Butte on Friday, Aug. 6 with local act Michelle Moonshine opening. On Sunday, Aug. 8, rock duo Sleater-Kinney is co-headlining with alt band Wilco. These three well-established headliners have been on their respective musical scenes for some time and have some new stuff they want you to hear (possibly at Red Butte concerts this weekend).

Tritt’s new album, Set in Stone, is his first studio recorded album in 13 years. In the album release, Tritt said, “When we told people, they said, ‘Well, what kind of album is it going to be?’ The only answer I could come up with is, ‘It’s going to be a Travis Tritt album,’ and a Travis Tritt album to me represents everything I’ve ever done.”

And Travis Tritt has done a lot since he started recording in 1989, including winning two Grammy Awards, four CMA Awards and a Billboard Music Award for Top New Artist. Seven of Tritt’s albums have been certified platinum or higher and he’s had five number one singles and 20 Top 10 hits.

Among his influences for his new album, he lists ​​“straight-ahead country, I love the old stuff, the great storytelling songs, songs that make you feel something with the lyrics that are relatable,” as well as Southern rock, blues, gospel and bluegrass. Tritt says that signature outlaw country edge is in the first track on Set in Stone, “Stand Your Ground,” an uptempo number apparently inspired by a conversation Tritt had with Waylon Jennings. “He gave me a lot of encouragement,” said Tritt. “He said, ‘I’ve been hearing all the things that they’ve been saying about you, how you’re an outlaw. I just want you to know that the same people that said that about you said the same thing about me, Willie, Johnny Cash and David Allan Coe. Don’t pay any attention to what those people say. They’re not the ones that buy your tickets to your shows. They don’t know your audience the way that you do, so you just stick with your program.’”

Travis Tritt will take the stage at the first of this weekend’s Red Butte concerts, with special guest Michelle Moonshine, Friday, Aug. 6. Gates open at 6:30 p.m. and the music starts at 7:30 p.m.

Two days later, the audiences at Red Butte will experience quite the tonal downshift. “It’s Time,” said the announcement on the Wilco website, unveiling the It’s Time Tour dates with Sleater-Kinney. “The tour we have waited and waited…and waited for[…]We can’t wait to reconnect.”

The current members of Sleater-Kinney, Carrie Brownstein and Corin Tucker, came out of the ‘90s riot grrrl scene but forayed into indie rock territory some time ago. They’re first few albums, like Dig Me Out (1997) are basically required listening for any budding feminist or anyone seeking a well-versed punk profile. Now they have a new album branching away from their roots called Path to Wellness. It’s Sleater-Kinney’s first record without longtime drummer, Janet Weiss, since Dig Me Out. Whether or not the band feels like it is missing something without Weiss, we’ll all find out together Sunday, Aug. 8 at Red Butte.

The other half of the It’s Time Tour, Wilco, had some new stuff ready to go just before the pandemic hit. They had to push back live touring, including the It’s Time tour (originally slated for last year) and their tour for their latest album, Ode To Joy. Frontman Jeff Tweedy also had a solo album out in 2020, Love Is The King, concurrently published with a book, also by Tweedy, How To Write A Song.

Wilco’s latest effort, their 11th studio album, largely appears to be a return to form: the mellow, ponderous alt-rock we loved back in 1998 and ‘99 with Mermaid Avenue and Summerteeth, but one or two of the songs (“Hold Me Anyway”) are almost cheerful. Regardless, it’s probably safe to say, we can expect some classic Wilco at Red Butte.

Sleater-Kinney and Wilco, with special guest NNAMDÏ, will be live at Red Butte Garden Amphitheatre, Sunday, Aug. 8. Doors open at 5:30 p.m. and the show starts at 6:30 p.m.

Tickets are on sale to other Red Butte Concerts at the Outdoor Concert Series website. See the full Red Butte summer lineup and Salt Lake’s guide on how to Red Butte.

Christie Porterhttps://christieporter.com/
Christie Porter is the managing editor of Salt Lake Magazine. She has worked as a journalist for nearly a decade, writing about everything under the sun, but she really loves writing about nerdy things and the weird stuff. She recently published her first comic book short this year.
Previous article
Utah’s Nathaniel Coleman Wins Silver in Climbing’s Olympic Debut
Next article
Utah Theater Companies Announce 2021-22 Seasons