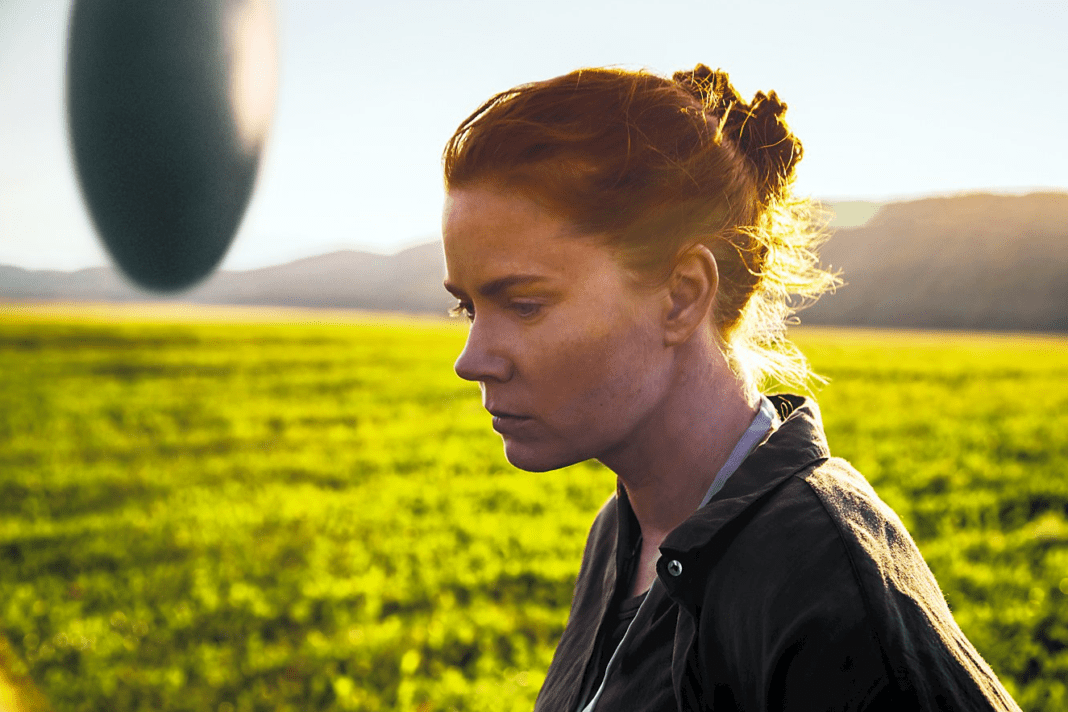 If you’re anything like me and take your science fiction more cerebral than explosive, “Arrival” is up your alley. If, however, your sci-fi benchmark is “Armageddon”, you may find this film a bore. But give it a shot, it may have you scratching your head a bit, but it’s a worthwhile experience.

Beginning with a heartbreaking sequence that shows us once again why she’s one of the premiere actresses of our day, Amy Adams plays Dr. Louise Banks, a linguist and single-mother who loses her young daughter to cancer.

She’s drafted by Forest Whitaker’s Colonel Weber to decipher the language of aliens who have descended upon planet earth in a dozen colossal, oblong ships scattered around the globe.

Scientist Ian Donnelly (Jeremy Renner), who together with Banks, must suss out the intentions of these interstellar visitors post-haste because not everyone is open minded to undocumented aliens–particularly China’s Gen. Shang (Tzi Ma). He means to retaliate for the perceived threat of the aliens’ mere arrival.

Renner and Adams have great chemistry, and are the heart of a movie that already had a lot of it.

Denis Villeneuve, known for more volatile films such as “Sicario” (2015) and “Prisoners” (2013), directed this deliberately paced and thought-provoking time-travel mind-bender with a gentle hand. Even some inevitable action sequences are more gripping than bombastic, as Villeneuve uses such Hollywood staples to up the suspense in the Hitchcockian tradition.

“Arrival” is one of those movies that make you want to read its source material. There are also enough breadcrumbs throughout the film that allow you to follow its malleable journey without ruining its destination.

Richard Bonaducehttp://www.saltlakemagazine.com
Rich Bonaduce was born and raised in Pennsylvania but has lived in Utah now for half his life. In addition to being a regular contributor as a Film Critic for Salt Lake Magazine, he is also the Film Critic and Entertainment reporter for FOX13’s weekly morning show Good Day Utah. He’s also a drummer in local band “Mojave Rose,” and is much shorter than he appears on television. You've been warned.
Previous article
Utah Olympic Park announces winter sport programs
Next article
Preview: Postmodern Jukebox at The Eccles Theater