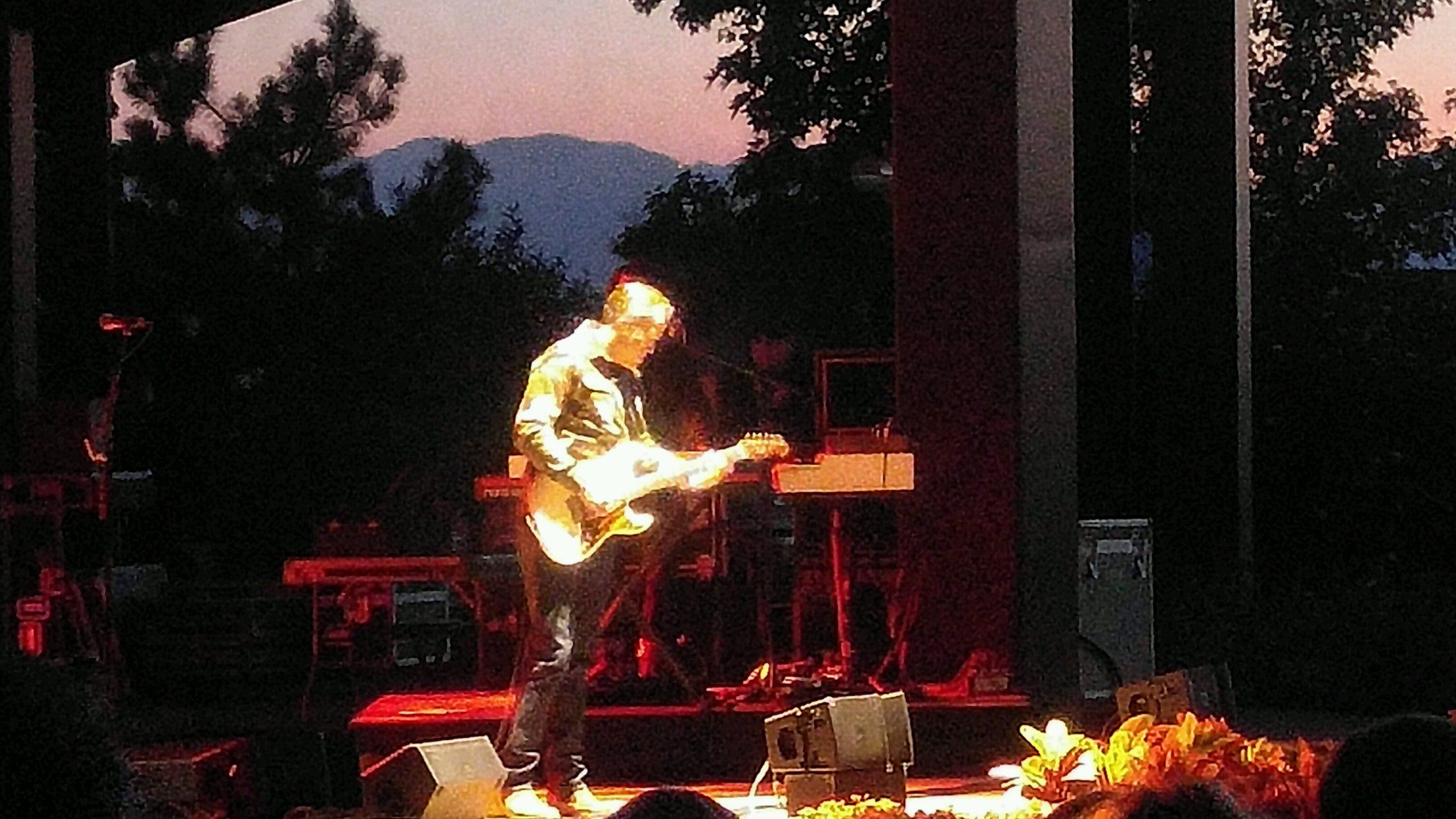 Jason Isbell held a religious service at Red Butte on Thursday night, marked by a backdrop of church-inspired stained glass windows and soft lighting, as he preached to his congregants—through his brand of rootsy southern-rock—stories of love, loss and sacrifice.

In a camouflage jacket, jeans and cowboy boots—and with all of the aplomb of a Southern gentleman, Isbell began the night with a simple introduction and a comment about the pleasure of a clear sky (likely referring back to his rain-drenched visit to the same venue in June 2014). And then came the music. Isbell paused for short interludes to discuss the need to dance to what he called “sad music,” praising Salt Lake City in general and Red Butte Gardens specifically, Isbell worked his way through his vast catalog to an appreciative and even worshipful crowd.

Throughout the evening, the crowd sang his praises as they literally sang along to his catalog, songs old and new—from his days with Drive-By Truckers to his latest release Something More Than Free. Each time Isbell began a new song, the crowd would quiet down at the first notes. Sometimes the silence stuck, like during the heavy themes in “Decoration Day.”

It has been true for years that Isbell and his band get better each time they come to town and Thursday night was no exception. Isbell tore through guitars like he did songs. A well-documented guitar-addict (just check out his social media if you doubt it), Isbell’s axes are works of art and he showed off several last night.

Isbell seemed to save the best for last, finishing the evening’s setlist with the romantic “Cover Me Up,” and “Stockholm” and then the soaring and touching ode to his mother “Children of Children.” He returned to the stage for an encore opening with with the always somber “Elephant” and then Isbell sent the crowd home on a high note when he blasted out a rousing version of Drive-By Trucker’s “Never Gonna Change”—including an old- fashioned guitar battle— just as any southern preacher worth his salt would have done.
—David Jensen