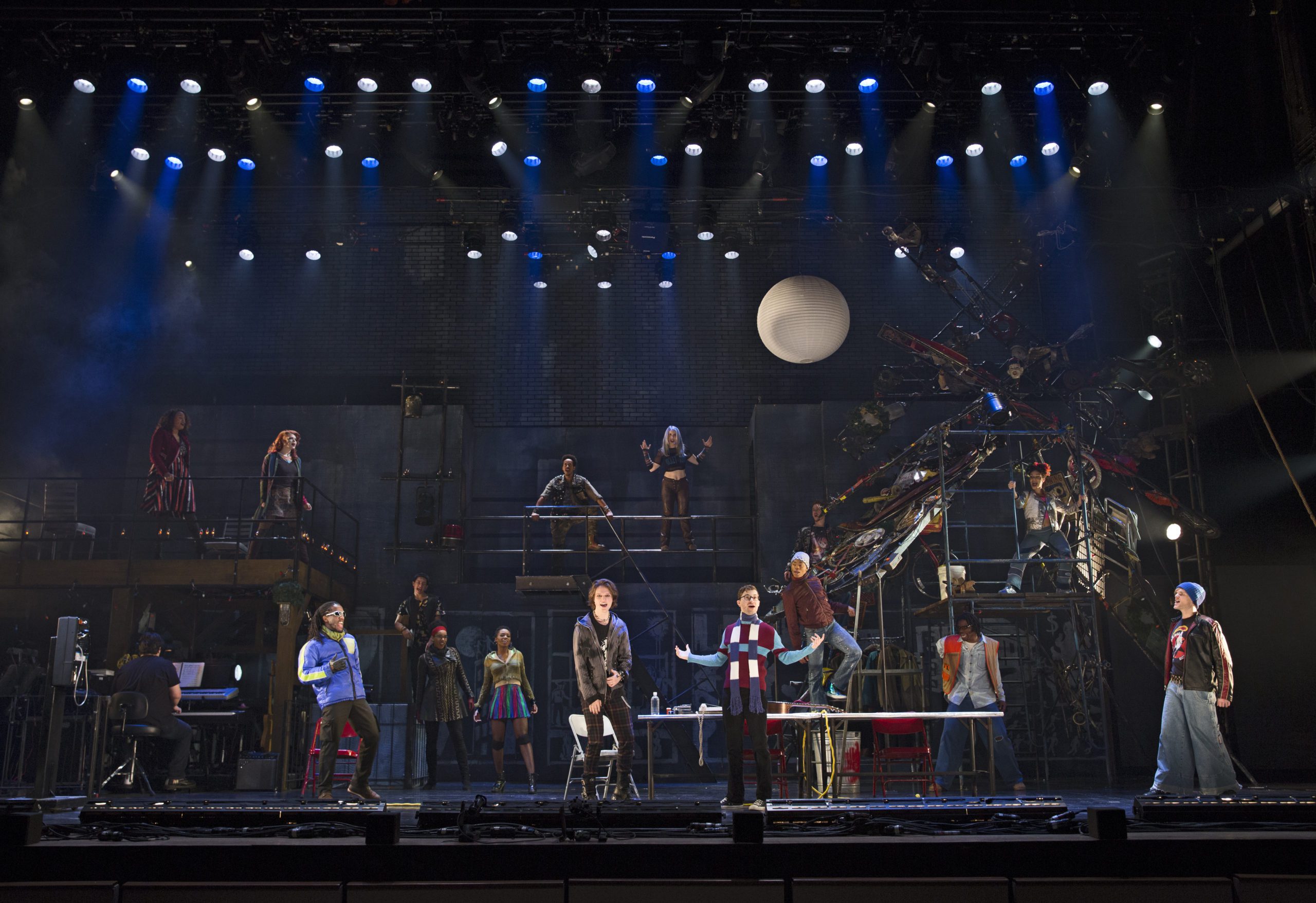 RENT at the Eccles – It’s Not Family-Friendly

The audience for RENT at the Eccles surprised me, both for better and worse. On one hand, you got the unexpectedly abundant “RENTheads” in the crowd greeted Angel (Javon King) with ravenous cheers before the beats even began, and got to enjoy the full glory of this untoppable cast: 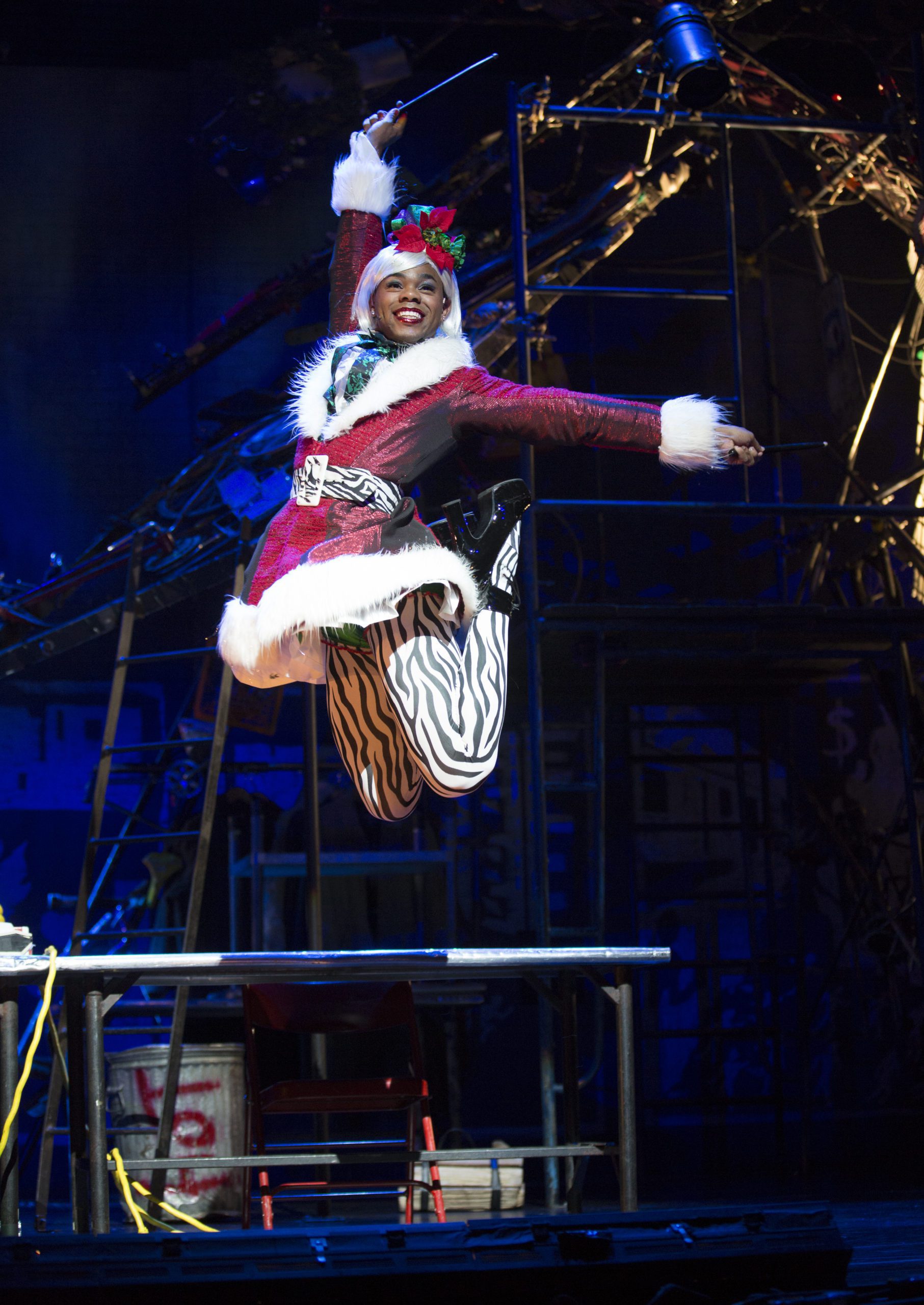 The aforementioned Javon King played the hell out of gender-fluid Angel. No fear, only love exuded from every glitter-gloss-slathered smile. His vocals were immense and impressive, and he didn’t lose energy for a moment, not even on his fictional deathbed.

Logan Marks did the bespectacled, scarf-wearing, vintage camera toting narrator all levels of justice, with flawless comedic timing and the prime amount of playful to offset the tragedies of the rest of the show.

Joshua Bess brought both the punk anger and the crooning desperation to each word out of Roger’s mouth. Roger can be underrated, especially with Mark Cohen (Logan Marks) narrating, but Bess brought his A-game, and while he (and other characters) was a little out of sync at times, he proved that Roger is undoubtedly one to pay attention to. 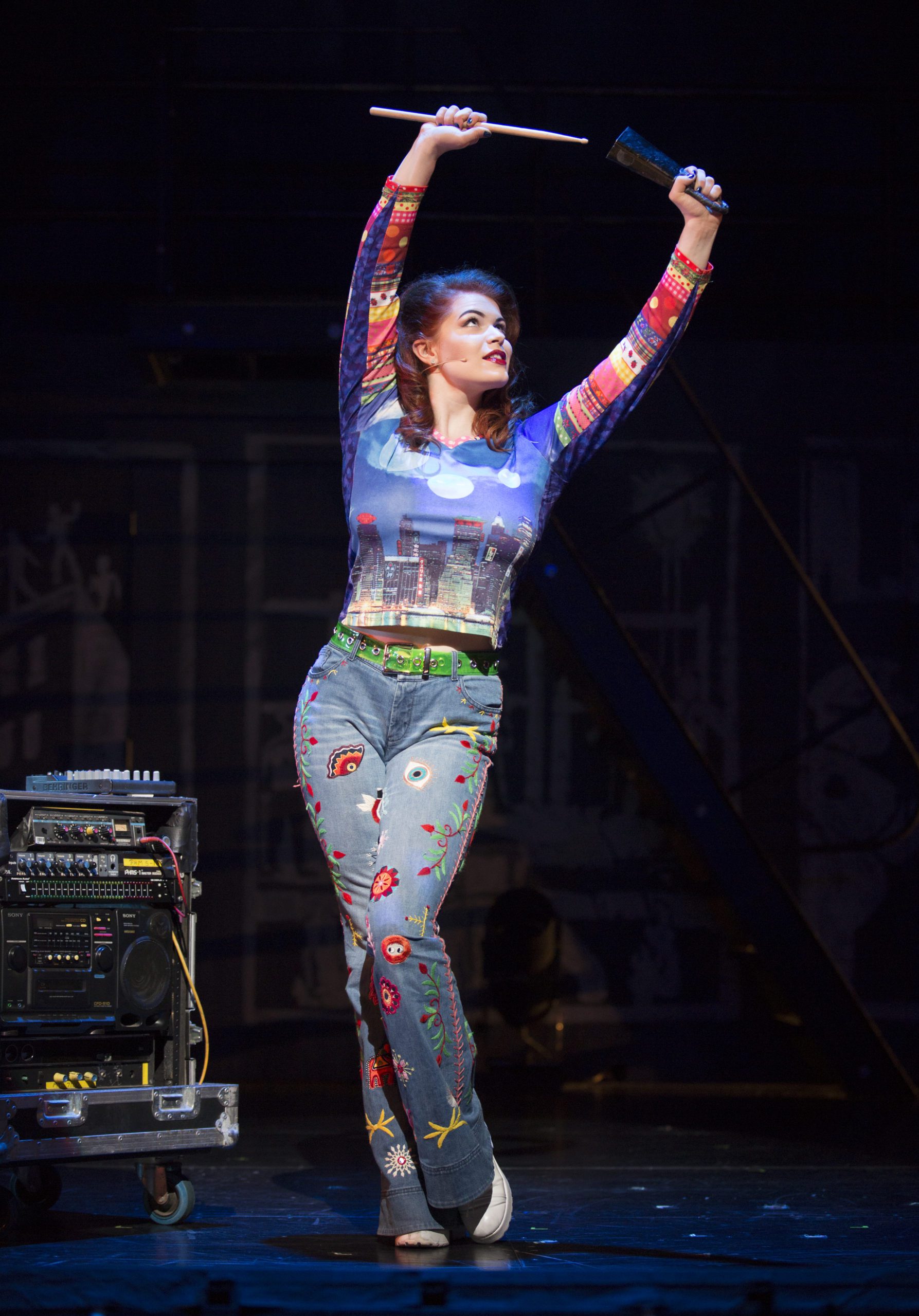 If you’re in search of an engaging performer, look no further than Lyndie Moe as Maureen, who proved that she was born to stand out. From her delightfully weird vocals to her wacky outfits, Moe stood alone, but certainly didn’t “moo” alone. That’s right. She made us moo along, and wouldn’t stop until the entire theater was on board. 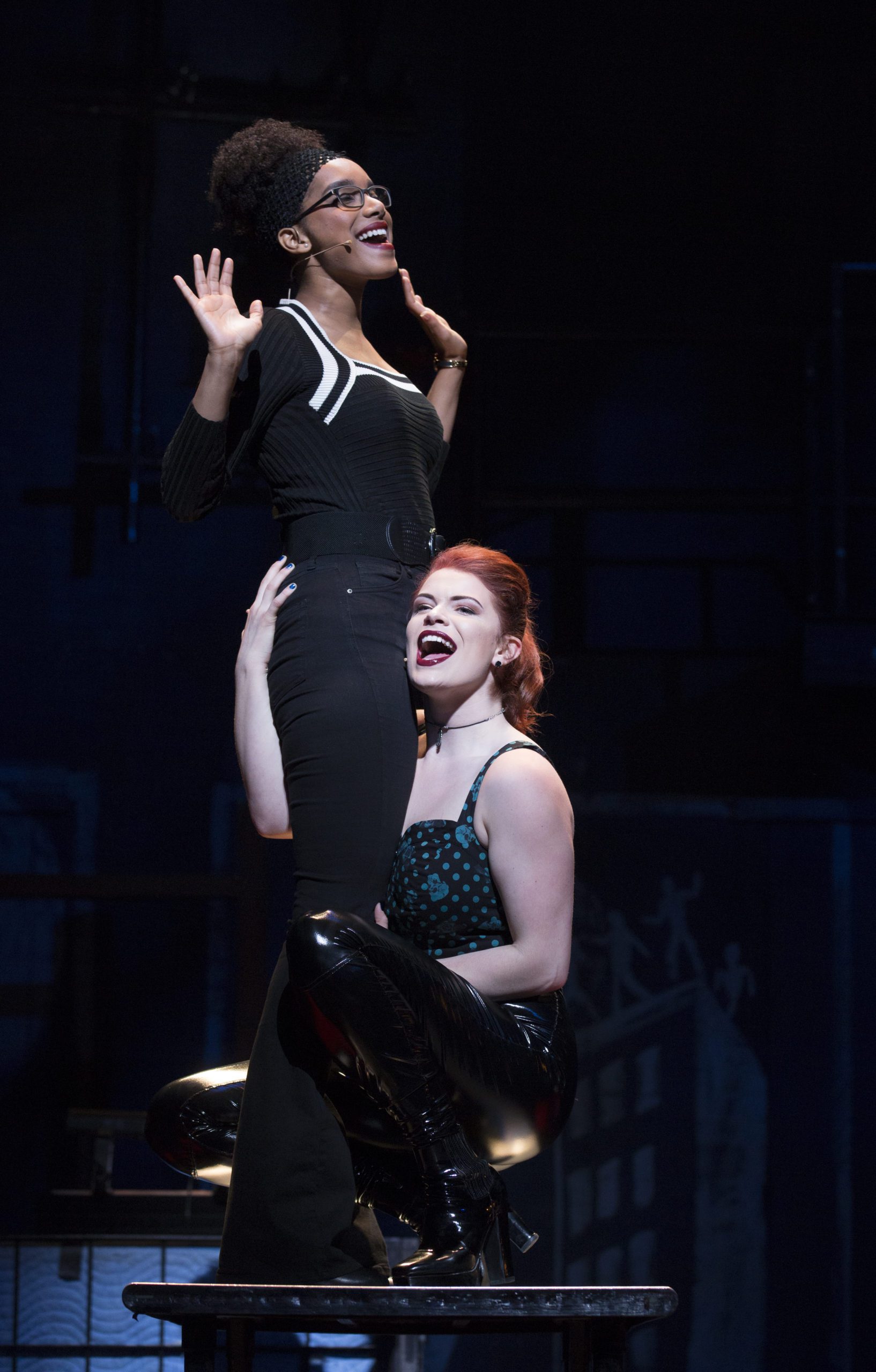 Maureen’s new boo Joanna (Lencia Kebede) arrives solo, with a vibe even more intellectual than I was ready for, but with a voice that I was even less ready for. There is no real “star” to RENT, but these seemingly minor characters like Joanne and the soloist in “Seasons of Love” stole the show with powerful performances.

Understudy Alex Lugo brought confidence and sass to Mimi’s character, and the audience was absolutely smitten. At times, it was hard to believe she was an understudy. 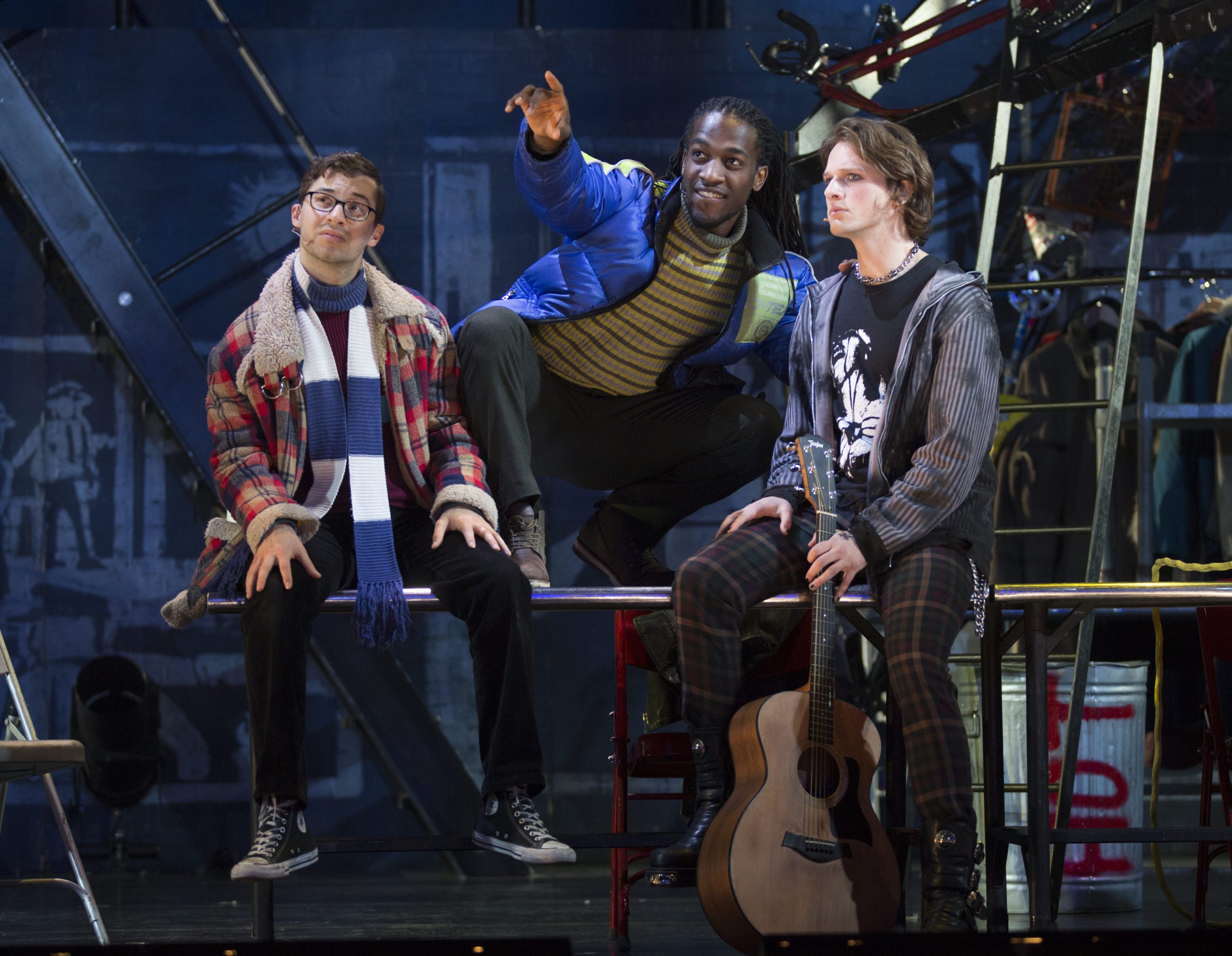 Then there’s my personal favorite, Tom Collins. Soulful, peaceful and full of love, Devinré Adams was the perfect fit. A bass voice like honey and new, modern smooth dance moves to match his jazzy theme music added a whole other level of cool to the character. Adams melted hearts and brought audible tears out of the handful of “RENTheads” in attendance.


Thought I forgot about the other handful of theater-goers? Not quite: we cannot end the review without discussing the nay-sayers. The season-ticket holders who didn’t research the show beforehand and left hastily at intermission with their half-eaten snacks and their homophobic mumblings and shock at the raunchy undertones of the show. I wasn’t surprised to encounter those people here, but I was surprised that they were so blind to the real message of the show.

RENT is not family-friendly. But it’s not supposed to be. It’s raunchy, it’s dark and there isn’t really a happy ending, here. And that is the point

RENT is a story built to make you uneasy. To uproot you, shake you up, and make you think. Even the set was cramped and dark, with the band crammed under the stairs and no transitions. No distractions. It is designed to make you uncomfortable with the way things are, with the status quo. The show is built to make you reconsider your prejudices and your motives, forcing you to face head-on the dismal realities of life. It has been building activists for decades, and it isn’t going to stop anytime soon– I just wish that Utah’s conservative audience could recognize that undying perseverance.

Because even 20 years later, when the 90’s clothes have gone out of style, this performance still left us glued to our seats remembering there’s no day but today. What can we do today, to find joy, show love and achieve glory?

Because we may not get another chance. 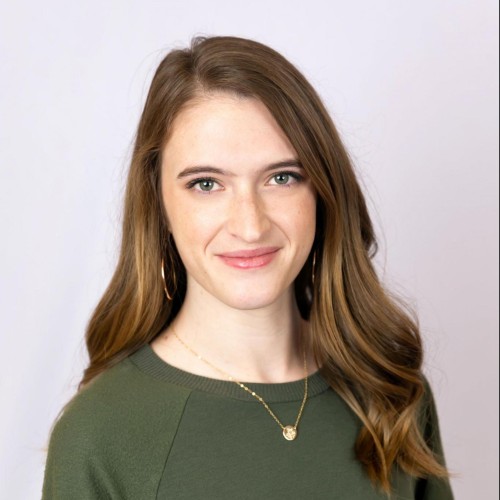