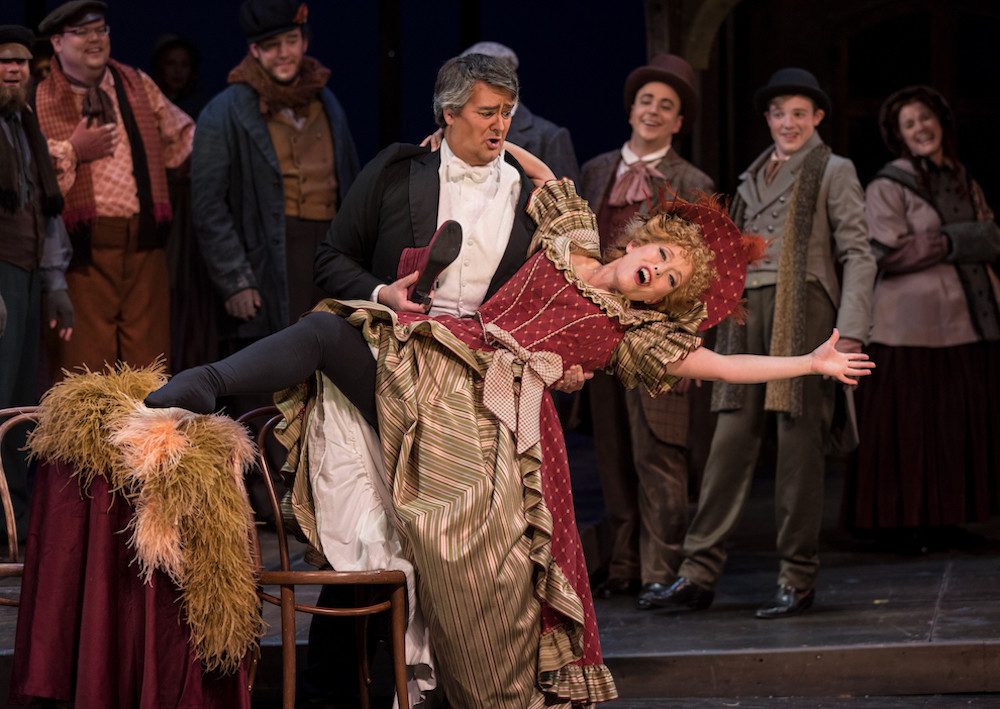 Prior to attending the opera, La bohème, I heard from at least a dozen people that this was “the opera.” And, sure enough, La bohème is one of the most performed and enduring operas to this day—and now I know why.

The Capitol Theatre was packed for the opening night performance of Utah’s Opera’s La bohème—a performance chosen in honor of the company’s 40th anniversary and a nod to the first opera ever they produced. 40 years ago, many of the actors who dominated the stage on Saturday would have been children, if even born at all. But the entire cast was remarkable and fully embodied their roles—young, impoverished artists in turn of the century Paris.

itself lasts roughly 2.5 hours—including an intermission. During this time, the performers are projecting their voices above the entire Utah Symphony without the aid of microphones. Just like actual athletes, sometimes, the performers experience strain and stress because of the demands on their body. Michael Adams, who plays the role of the painter Marcello, was diagnosed with bronchitis earlier this week, but it was announced that he intended to push through the performance regardless. Adams performed very well in the first act but, during the pause before Act II, the audience learned that he simply could not sing anymore tonight. While Adams continued to act out the part and mouth the words, John Nelson performed Marcello’s vocals for the remainder of the performance. He stood off to stage right in a tux and performed the role beautifully. The collaborative effort was quite the sight.

While the slight change in Marcello’s role was interesting, it absolutely did not derail or compromise the rest of the show. Jennifer

Black does an outstanding job as Mimi, as did her on stage love interest Rodolfo, played by an excellent Scott Quinn. Their chemistry on stage is tangible and a joy to watch. Though, in my personal opinion, the real show stopper is Celena Shafer as Musetta, Marcello’s flirtatious love interest with a heart of gold. Her voice is so controlled and beautiful, and her performance so on point, that you can’t help but root for the lady, even when she’s toying with our hero’s heart.

Technically, the show is fluid and only serves to enhance the production. At one point, it seems that literal show falls from the top of 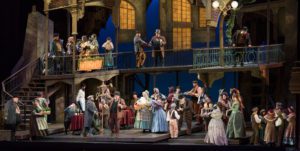 the stage onto the scene below. The set design, originally created for a performance in Arizona, adds to the charm of the poor artists and, to be slightly punny, very much sets the scene. Kathleen Clawson’s direction creates palpable relationships between our characters; costumes and hair are well-crafted by Susan Memmott Allred and Daniel Jacob Hill. The symphony, conducted by Robert Tweten, is impeccable.

For those apprehensive about attending the opera for whatever reason, I would encourage you to, in a sense, just get over it and go see this show. Yes, it’s in Italian, and yes the supertitles are in English, which means you will have to do some reading, but it’s well worth it to see Utah Opera put on such a beautiful performance.

Ashley Szanterhttps://www.saltlakemagazine.com/
Ashley Szanter is a contributing writer for Salt Lake magazine as well as a freelance writer and editor. She loves writing about everything Utah, but has a special interest in Northern Utah (here's looking at you, Ogden and Logan).
Previous article
Strut Your Mutt: A Walk in the Park that Saves Lives
Next article
Classic Cocktail: The Rob Roy – Scotch