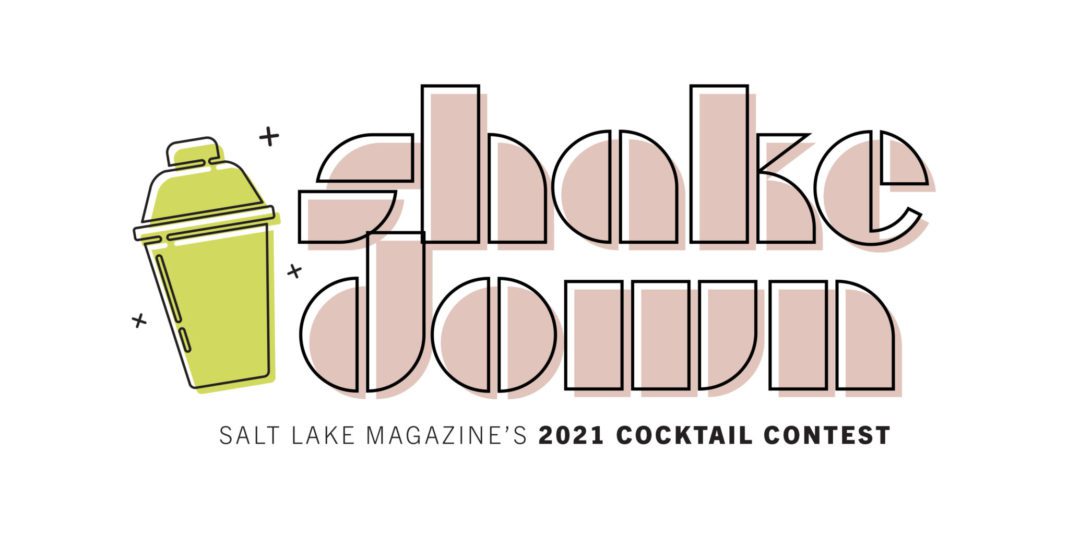 “This is a much more difficult decision this year than last.” The editors of Salt Lake, along with Francis Fecteau of Libation SLC, had a lot to discuss while deciding the winner of our 2021 Cocktail Contest. We evaluated how these cocktails engage the senses—the visual presentation, the aroma and, most importantly, the taste. We mused philosophically about what makes a cocktail great and debated our personal preferences. We considered which cocktails were particularly unique, which were well-balanced and which we wanted to order again and again.

Fecteau, who was also on the panel for our 2020 Cocktail Contest, said that this year’s entries represented an exciting leap forward. None of the 12 cocktail creations were exactly alike. They featured unexpected flavor combinations and inventive uses of local spirits. Some took us on a summertime trip to the islands with tiki-inspired drinks, while others evoked the coziness of fall. Plenty gave new life to unconventional ingredients, from beets to parsnips. Bartenders used homemade shrubs, eye-catching garnishes and other personal touches to make these cocktails unmistakably their own. This contest proved how many places there are to get a great cocktail in SLC—and was a testament to the creativity and passion of the bartenders behind these delicious drinks.

It was a close call. All month long, the competition for number one was neck and neck, but ultimately Eli Larson Hays’ rich and smooth concoction garnered the most votes in this close contest. The Alta Pervuian  gets its name from the Peruvian Pisco Logia, which is coupled with brandy and balanced by a sweet and nutty orgeat syrup, tart yuzu juice and a dash of chocolate bitters. The toasted sesame seed rim makes for a pretty presentation as well, solidifying this crowd-pleasing cocktail’s status as our readers’ favorite.

As the days get darker and colder, this bright, inviting cocktail provides necessary counterprogramming to a Utah winter. Starring a shrub that balances the sugar rush of pineapple juice with the kick of ancho chiles, bartender Maddy Schmidt’s Dead Man’s Party is pure escapism. Our panel kept returning to the addictive mix of sweet and spicy that made this drink an approachable yet complex favorite. One sign of its greatness: Dead Man’s Party actually gets better as the ice melts. The result is a cocktail that is well-balanced, creative and, most importantly, a lot of fun to drink.

There was a lot to love about the entries in this year’s contest. Here are a few more of our favorites that almost took the crown.

This cocktail’s fall spice rim and earl grey syrup highlights classic fall flavors while the combination of Velvet Falernum and lemon juice ties the drink together with a light touch.

This high-concept creation earned our respect for pure chutzpah. Inspired by a cozy fall viewing of a good scary movie—did you catch his The Big Lebowski reference?—Jacob Sanders’ daring flavor combination includes butter, tarragon vinegar and, of course, sarsaparilla. The drink is garnished with a marbled shard of sugar, resembling edible stained glass, that we used to amp up the sweetness.

This easy-to-miss bar tucked behind Curry Up Now should be your next not-so-secret hangout spot. Cozy yet chic, we were more than happy to linger at Mortar & Pestle while sipping Fire and Earth, a surprisingly sweet beet syrup cocktail.

BEST USE OF AN UNCONVENTIONAL INGREDIENT: The Malouf by Joel Aoyagi (Stoneground Kitchen)

Stoneground Kitchen bartender Joel Aoyagi was a sentimental favorite for naming his drink after our late editor Mary Brown Malouf. The Malouf daringly used a labor-intensive syrup made from roasted parsnips in a nod to Mary’s frequent quip after trying a drink flavored with beet juice: “Beets! Why doesn’t anyone make a drink using parsnips!” Joel Aoyagi answered the challenge with a tasty, drinkable cocktail that succeeds far beyond the concept’s novelty.

That’s a wrap on our 2021 Cocktail Contest. Thank you to Alpha-Lit SLC and The Shop for assisting us with the photoshoot. Thank you to Libation SLC for sponsoring this year’s prizes. Thank you to each of the 12 bars and restaurants for participating in the contest and to the bartenders for sharing their time and talents with us. And thank you, especially, to our readers for coming back to vote again and again and for supporting local food and drink. Cheers!

Check out our 2021 Blue Plate Awards, honoring people making a positive impact in the food and drink community.

Salt Lake Magazinehttps://www.saltlakemagazine.com/
Salt Lake is your best guide to the Utah lifestyle. From food to fashion, travel and the arts, Salt Lake magazine has something for everyone. Follow us on Instagram, Facebook and Twitter @SLmag.
Previous article
Snowbird Kicks Off 50th Year Amid Rough Start to Utah Ski Season
Next article
Review: ‘Elf The Musical’ at Pioneer Theatre Company

On Saturday, Feb. 11 at 6:30 PM, chocolate lovers from across Northern Utah and Southern Idaho will once again gather at the Riverwoods Conference...