This is my favorite part of the trail,” muses Julia Geisler, executive director of the Salt Lake Climbers Alliance (SLCA), as she steps over a series of large, flat granite stones, grouted with smaller versions of the same. The trail is the Alpenbock Loop, a new hiking, snowshoeing and climbing wall-access trail on the north side of the mouth of Little Cottonwood Canyon. With its sections of cobble-like paths and tidy stone staircases, reminiscent of stone masonry walkways you’d find in a centuries-old English garden, sections of this trail do indeed have has an almost artistic quality. And then there’s the breathtaking scenery: soaring granite walls and long views both up the canyon and into the Salt Lake Valley. But this section of the canyon wasn’t always so idyllic. Just a few years ago, the land where the Alpenbock Loop and its accompanying Grit Mill parking area are now located was marred by a spiderweb of social trails (paths worn into the land where no one ever takes the same route twice) and abandoned industrial detritus. That was until the SLCA figured out a way to accomplish the goals of a few by creating a resource for many.

“Membership was informal as hell,” says Ted Wilson, describing how he and a group of “spirited first ascensionists,” most of whom attended Olympus High School, formed the Alpenbock Club in 1959. “We never organized, like getting a 501C3 or anything like that. At first, we did vote on new members but then we laughed at that and when someone wanted to join, we’d just sit around and ask each other ‘is he a good guy?’” Wilson says the club formed when he and his friends “got tired of climbing the same ten to twelve routes in Big Cottonwood” and started focusing on the base of Little Cottonwood. Other members include Rick Reese, Bob Irvine, Ralph Tingey,  Jim Gaddis and Bob Stout. Wilson, in fact, made the first recorded ascent in Little Cottonwood Canyon in 1961, a route rated 5.6 that he called Chickenhead Holiday. The Alpenbock Club has never disbanded.

The granite walls rising above the Alpenbock Loop first caught the attention of local climbers back in the late 1950s. This scrappy band of high school-aged adventurers—including former Salt Lake City Mayor Ted Wilson—eked out some of the Wasatch Range’s first climbing routes. The Alpenbock Club and their friends had the Little Cottonwood climbing walls, known as crags in climber-speak, almost exclusively to themselves until the early 1990s. Then, the evolution of climbing gear opened the sport up to more than just the über-dedicated and more routes were developed both in Little Cottonwood and several other locales throughout Utah. By the early aughts, dirt baggers—an autobiographical moniker for climbers who chuck it all to climb, often living out of their car or van—from around the world were descending on Utah to climb, many lured by the reputation of the granite routes in Little Cottonwood.

Historically and generally speaking, crags are developed without foresight as to how climbers will get to them. And so, because they carry heavy packs filled with ropes, harnesses, and other climbing gear, the path or approach to a crag is usually a straight line with little regarding for topography and plant life. Over time, the paths climbers beat to a crag can cause irreparable scarring, erosion and unnecessary danger—the steep and loose social trails leading to the Little Cottonwood crags were more challenging than the climbing routes they accessed.

“The network of social trails at Little Cottonwood, not to mention the damage that was occurring to the ecosystem and watershed, was not sustainable,” said Cathy Kahlow, the now-retired U.S. Forest Service’s Salt Lake District ranger from 2008 to 2016. The SLCA was formed in 2002, and in 2011, when Geisler became its first and only paid staff member, Kahlow approached her about solving the overuse problems in Little Cottonwood.

“SLCA was founded on the mission of keeping climbing areas open by forming relationships with landowners where climbing areas are located and being good stewards of the lands where crags are,” Geisler says.

If it seems to you like everyone’s climbing these days, either in the gym or outside, it’s no wonder. According to the American Alpine Club, in 2018 there were 7.7 million climbers in the U.S.; not an insignificant number when you consider in the same year, 10.3 million Americans considered themselves a skier or snowboarder. With more than a dozen climbing gyms and world-class climbing areas peppered throughout the state, Utah is a bona fide destination for the sport. In fact, when sport climbing makes its Olympic debut in Tokyo this July, Utah native Nathaniel Coleman will be a Team USA member to watch.

“The popularity of climbing was really beginning to explode then, and so we knew we needed to do something in Little Cottonwood before that area was loved to death.”

The Alpenbock Loop can be accessed from two points: from the west at the Little Cottonwood Canyon Park ‘N Ride lot or from the east via the Grit Mill parking lot and Grit Mill connector trail. The route begins relatively flat from either direction before meandering up the mountainside over rock-stair switchbacks and through dense stands of Gambel oak. At the top of the loop, signed climbing access spur trails lead north up to world-famous crags ostensibly named The Coffin, The Egg and Bong Eater. (Referring to a piece of climbing gear, not something more nefarious.) Hikers should stay on the main Alpenbock Trail, as rockfall is possible at the base of the crags from those climbing above. The connector trail and lower part of the loop pass by the Cabbage Patch and Secret Garden, popular bouldering areas between the trail and the canyon road. Please note: the Alpenbock Trail is within the watershed, so dogs are not allowed.

It was clear early on that the access to the crags in Little Cottonwood would require professional planning and major funding, which meant a multi-year effort in a typical federal government timeline. “It takes a long time and many people to enact any kind of change on federal lands,” Kahlow confirmed. This is particularly true in regard to climbing, which is not a traditionally recognized use on Forest Service lands in the same way activities like hiking, picnicking, fishing and even skiing are.

So, Geisler began pounding the pavement. Some of the organizations and individuals she hit up to help get the Alpenbock Project done include Trails Utah, the Cottonwood Canyons Foundation, the Mountain Accord (now the Central Wasatch Commission), Wasatch Legacy Project, Snowbird, Alta, REI and others. The physical part of the project finally kicked off in 2014 with the removal of the old poultry grit mill.

It took three years of fundraising before replacement of the treacherous social trails could begin in 2017. The Alpenbock Loop and Grit Mill connector trails were completed in late 2018. And the project’s last piece, the 34-stall parking lot and restroom, was completed in November 2020.

To date, the Alpenbock Loop Trail is the largest climbing access trail project completed on U.S. Forest Service lands in the nation. It was a major catalyst in the Uinta-Wasatch-Cache National Forest’s current work in creating a rock climbing management plan. And, after cutting its teeth on this project, the SLCA is now focusing on more than just trails. They launched the Wasatch Anchor Replacement Initiative, a campaign to replace bolts and anchors on climbing routes throughout the state, some of which date to the Alpenbock Club’s active era.

Why should non-climbers care about the Alpenbock Loop Project? First, it’s an illustrative and refreshing example of how the public sector and private interests can work together for the benefit of many. Second, it is an important piece in a greater vision for potential connectivity to other trails in that area, including the Bonneville Shoreline Trail and Temple Quarry Trail (As it is now, this trail is not really a significant contribution to the Wasatch Mountain’s vast anthology of bucket-list trails—at just a mile-and-a-half long, most dedicated hikers will find it way too short.) Moreover, it is one more place where, during these tough times, families can get outside and immerse themselves in the healing power of nature. And maybe even meet their first dirt bagger along the way.

Looking for more things to do outside? Check out our Adventures Page. 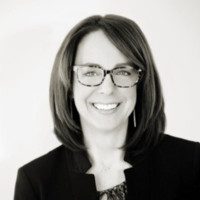 Melissa Fieldshttps://www.saltlakemagazine.com/
Melissa (O' Brien) Fields is a contributing editor to Utah Bride & Groom magazine and a contributing writer for Salt Lake magazine. She is an accomplished freelance writer and editor with more than 20 years of experience.
Previous article
Speak of the Deviled Eggs
Next article
Lone-Peak Canyon Development, LLC: The Great Outdoors