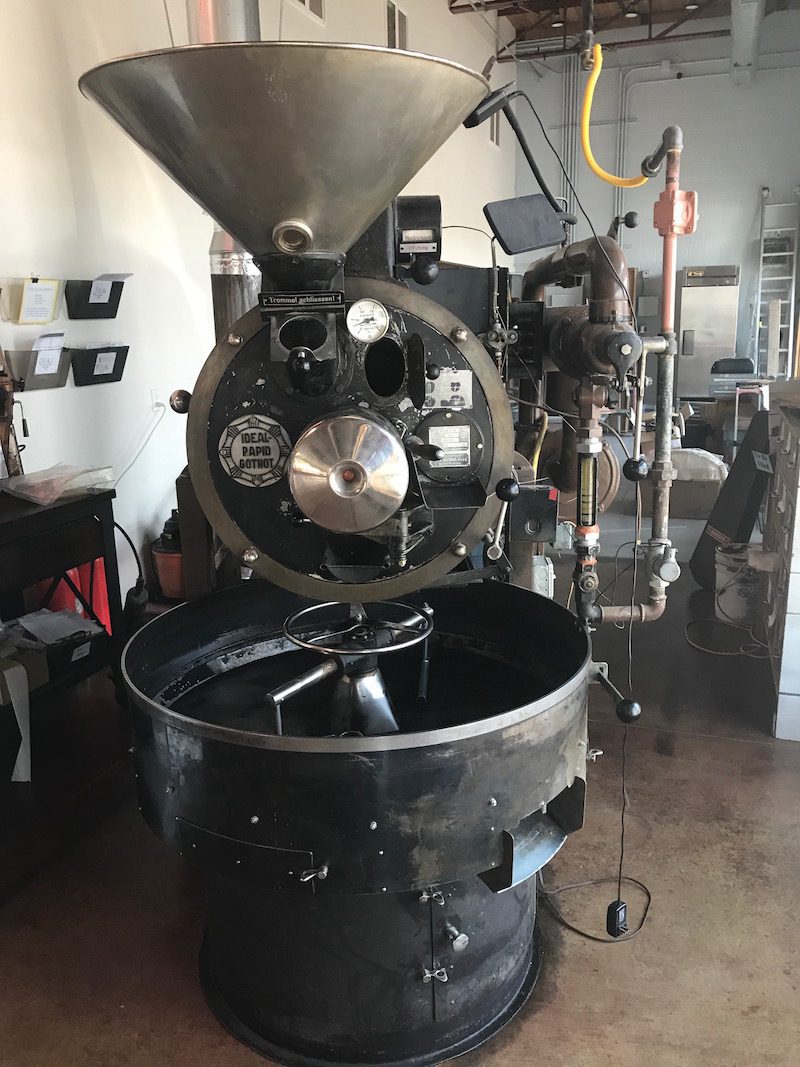 Salt Lake Roasting Co. Carries On at a New Location

Long before Starbuck and its skinny cinnamon-roll frappuccino invaded, Salt Lakers had their first experience with java as an serious artform and a pretentious subculture at Salt Lake Roasting Co.

Utah’s ur-coffee shop has opened its doors in a new location after the city acquired their old location near the Downtown Library. Probably a wise decision, considering the city’s inability to deal with the spreading homeless situation.

Fans won’t be disappointed at the new location at 820 E. 400 South that maintains the mezzanine feel and aqua exterior color palette of the former icon. The new shop’s bright interior—thanks to copious windows—indicates Roasting Co. has traded the 300 East location’s vampire-friendly vibe for a cheerful collegiate feel that should draw nearby UofU students from nearby hovels.

On our visit the new store, we learned that customers can also park in the next-door Jiffy Lube parking lot—handy to know at coffee-break peaks. We slurped the Roasting Co.’s above-average Joe, which is offered in the usual barista variations—we can only pray that pumpkin-spice caffe isn’t added in October. The new location’s aspirations as a “coffee house” was advanced when a middle-aged guy pulled out a guitar started playing what sounded reminiscent of Billy Joel’s “Piano Man” and annoyed the aspiring novelist laboring on their on laptops.

Or maybe the Joel cover is a strategy to discourage panhandlers.

Glen Warcholhttp://www.saltlakemagazine.com
The late, great Glen Warchol passed away in 2018. His last billet was on the editorial staff here at Salt Lake magazine but his storied career included stops at The Salt Lake Tribune, The Desert News, The New Times and others. His stories haunt this website like ghosts in a machine and we're always happy to see them. RIP Papa Warchol.
Previous article
Preview: Incubus at USANA with Jimmy Eat World and Judah the Lion
Next article
In Focus: A U of U engineering professor brings Eyeglass Technology into the 21st Century