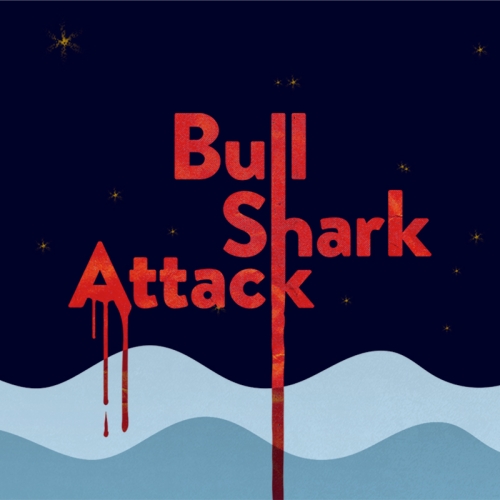 The World Premiere of Troy Deutsch’s monologue play Bull Shark Attack at Salt Lake Acting Company is a breath of cool, fall air after the summer silliness of Saturday’s Voyeur (which was continuing its run on SLAC’s main stage last Friday as a fundraiser for Gubernatorial candidate Mike Weinholtz).

Bull Shark Attack was developed in SLAC’s New Play Sounding Series and Playwrights’ Lab and was presented last season as a reading. Now in full production, (although there is not much of the production, with its spartan set) the play is a Rashomon of sorts featuring three characters who tell their individual tales directly to the audience. The stories overlap and coalesce toward a fateful encounter on a deserted beach in North Carolina. In the first act, Connie a widow (April Fossen), Tanya, a former high school cheerleader past her glory days (Cassandra Stokes-Wylie) and Jeffie an unrequited lover (Stefan Episonsa ) begin their stories, each perched on a wooden crate, taking turns under the rotating hot light. There are secrets, shames and all three are, to some extent or other, unreliable tellers of their tales, which creates a creeping tension as the play moves forward. The second act is set on a dock at the beach and each actor takes a turn unfolding their own conclusion.

Director Sandra Shotwell, who developed the play closely with Deutsch, her former student at the University of Utah, has given us a production that puts the play’s success squarely on the shoulders of her players. All three are up to the task of channeling Deutsch’s script. It’s the type of material, (Blanche Dubois and Stanley Kowaliski territory) that could easily be turned up to 11 by a less-seasoned crew but each actor plays well with the subtle beats and quiet clues that make this play shine.This is a playwright’s play wth tricky phrasings, convoluted and theatrical rants/rambles and all three of the actors have their hands full.

My companion and I were especially moved by Fossen’s performance. Her character moves through a universal experience, the loss of a loved one, and Fossen’s performance, which could have easily been maudlin or shrill was the opposite—nuanced, subtle and very brave.

This is theater for grown ups, there’s cursing, nudity, complicated, murky moral quandaries and uncertainty that collides in an ending that had the audience talking in speculative mutterings after the curtain call. So much of our cultural landscape is escapist and juvenile, digital and polished. The most popular theater is based on fairy tales (nod to Hamilton), blockbuster films are based on comic books and bestselling novels are young adult fiction about teen vampires, wizards and zombie killers. (Meanwhile, an asshat reality TV star is running for president). What SLAC (and for that matter Plan B) does is important and grounding.

And while we are all certainly excited about the opening of Becker’s dream, the state of the art, bright and shiny Eccles Theater and the big productions coming to its stage, let’s remember that theater at its heart is an actor saying words in a dark room. There’s an excellent example of that playing at SLAC through Oct. 16, 2016. It’s adult and analog, simple and lovely. Tickets are so cheap! Put on your big boy and girl clothes and go see a play.

Jeremy Pughhttps://www.saltlakemagazine.com/
Jeremy Pugh is Salt Lake magazine's Editor. He covers culture, history, the outdoors and whatever needs a look. Jeremy is also the author of the book "100 Things to Do in Salt Lake City Before You Die" and the co-author of the history, culture and urban legend guidebook "Secret Salt Lake."
Previous article
High West for sale?
Next article
Mary Anne Huntsman to play Utah Symphony Opening Gala