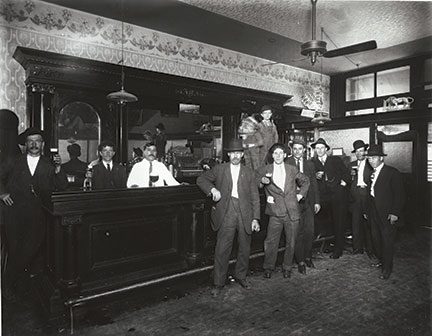 Although Utah implemented state-wide alcohol prohibition in 1917, it faced heated opposition, particularly in Park City, which lost $22,000 from the sale of liquor licenses alone. When national Prohibition went into effect in 1920, local bootlegging operations sprung up—and thrived. Many hotels, soft drink parlors and pool halls became speakeasies to serve alcohol. Park City gave federal authorities control over investigations into illegal alcohol production and sales, but bootlegging only grew and expanded. By 1927, Park City was known as the “wettest spot in Utah,” with whiskey flowing freely throughout town. According to the Park City Museum archives, one raid uncovered over 1,500 gallons of booze in various establishments. But, without the funds or manpower to crack down on illegal operations, officers couldn’t keep up. By 1930, even the Park Record newspaper, once a staunch supporter of Prohibition, was silent on the issue until its repeal three years later.

Vanessa Conabeehttps://www.saltlakemagazine.com/
Salt Lake magazine readers enjoy six issues a year of Utah’s premiere magazine. Subscribe or pick up a copy to find the best of life in Utah.
Previous article
Classic Cocktails: The Margarita – Tequila
Next article
GET READY TO RAISE YOUR GLASSES!