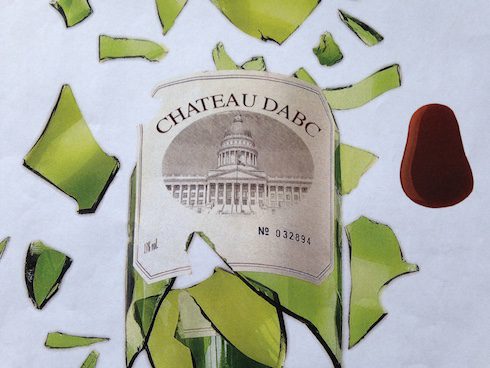 The restaurant and hospitality industries are hiring lobbyists for a big push in the January legislative session in Salt Lake City to undo the absurd law that requires the pouring and mixing of drinks be done out of sight of children. This is the year! say owners of bars and restaurants. Even the LA Times has pointed out how ridiculous the law makes Utah look.

Probably every Utahn who drinks or pours drinks or is a transplant understands how irrational it is to think that blocking kids’ view of drink mixing will reduce alcohol abuse. It’s one of the things we find ourselves trying to explain to out of staters—even though we agree that it’s idiotic.

And if the Legislature won’t do the right thing, Sen. Jim Debakis is saber rattling about a referendum to bring the curtain down (Actually, being that Debakis is a Democrat from Salt Lake City, it’s a very tiny saber.)

So, this is the year, right? Forget it.

Here’s the reality: The Zion Curtain, including the Zion Ceiling at the Eccles Theater that blocks the view of children on the balcony above, will be standing after the Legislature adjourns.

The LDS Church (and, not surprisingly, the vast majority of state lawmakers who are LDS members) like things just the way they are.

Of course, the church hasn’t said so, but the Deseret News, mouthpiece of our Heavenly Father, has opined:

“It would be misguided to begin chipping away at the strong foundation of a responsible alcohol culture. Now is not the time to loosen Utah’s liquor laws, especially those aiming to keep alcohol available to adults but out of the sight and reach of children.”

When the LATimes point blank asked State Sen. Jerry Stevenson, who other lawmakers refer to as “Mr. Alcohol” because he decides what kills liquor regulation lives or dies, Jerry did his deft tap dance. “I’ve looked at this doggone thing forward and upside down to make sense of it,” Stevenson told the LATimes. “It’s a very complicated issue, and I think we’re trying to solve it with a simple answer. But it’s not a simple answer.”

It is a simple answer, but it’s one only the LDS Church can give to Legislative leadership. It could happen, but don’t bet your Pappy Van Winkle on it.

But more importantly, and this will probably come as a revelation to hospitality industry folks and those of us who value logical thinking, few Utahns, even non-Mormon drinkers, really give a hoot about the Zion Curtain.  They figure, accurately, that despite the booze barrier, one can still get a drink.

In a poll by Utah Foundation’s Utah Priorities Project, liquor laws don’t even make the top ten list of concerns among Utahns.

“When prioritizing the ease of getting your booze against whether the state has enough clean water, whether you can find a job or the cost of your healthcare, booze tends to get left for last.”

To recapitulate the Top 3 Reasons the Zion Curtain is safe):

Glen Warcholhttp://www.saltlakemagazine.com
The late, great Glen Warchol passed away in 2018. His last billet was on the editorial staff here at Salt Lake magazine but his storied career included stops at The Salt Lake Tribune, The Desert News, The New Times and others. His stories haunt this website like ghosts in a machine and we're always happy to see them. RIP Papa Warchol.
Previous article
Top Ice Attraction Opens This Month
Next article
Concert Preview: Mark Kozelek at The State Room