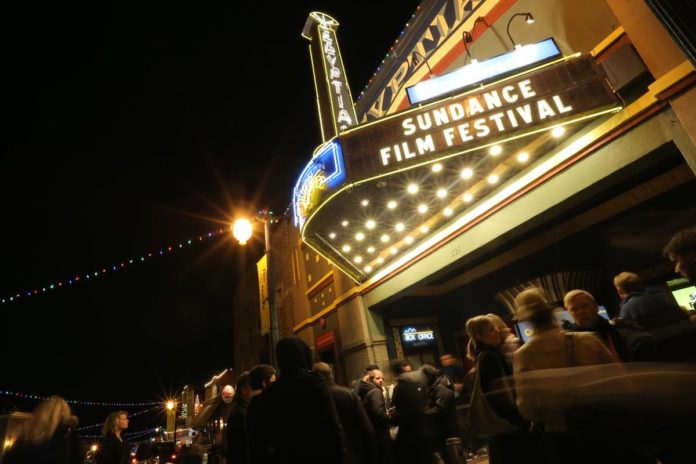 The Sundance Film Festival will return in January 2023 with a fresh crop of films and the ability to screen them in-person for the first time in three years. This year’s programming is as varied and diverse as any year at Sundance, but some themes have started to emerge. This year’s festival will screen 101 feature-length films, most of which will be screened for the very first time at the 2023 Sundance Film Festival. The festival will kick off with an event, Opening Night: A Taste of Sundance honoring director Ryan Coogler (Black Panther), writer/director Nikyatu Jusu (Nanny) and comic/host W. Kamau Bell (United Shades of America), and the stars will keep shining throughout the festival.

Two documentaries featuring musical icons will screen the first night of the festival. It’s Only Life After All  turns the camera on folk rock duo Indigo Girls, showing the “obstacles, activism and life lessons of two queer friends who never expected to make it big.” Little Richard: I Am Everything is about, you guess it, music legend Little Richard, utilizing both archival and performance footage. Other star-studded documentaries in this year’s lineup include two hollywood origin stories, Still: A Michael J. Fox Movie and Pretty Baby: Brooke Shields, and another documentary about a young adult author, not a star per-say but a household name, Judy Blume Forever.

The stars turned out for this year’s feature films as well. In the Premieres category, Anne Hathaway stars as a prison counselor in Eileen, set in the 1960s. Julia Louis-Dreyfus plays a novelist whose marriage is in trouble after she learns her husband’s true feelings about her latest book in You Hurt My Feelings. In the Midnight category, Infinity Pool is a horror/thriller about a resort with a dark and violent secret, starring Alexander Skarsgård and Mia Goth. In the U.S. Dramatic Competition, Daisy Ridley of Star Wars fame stars in Sometimes I Think About Dying as a woman whose new relationship is impeded by her fixation on death. Emilia Clarke and Chiwetel Ejiofor star in sci-fi feature, The Pod Generation, set in a future where couples can “share” their pregnancy via pods. The Pod Generation is also the winner of the Alfred P. Sloan Feature Film Prize, an annual award for the “most outstanding depiction of science and technology in a feature film.”

Coming off the success of CODA, which premiered at the Sundance Film Festival in 2021 and won the Academy Award for Best Picture, actress Emilia Jones is starring in two Sundance films this year. In Cat Person (based on the 2017 short story of the same name published in The New Yorker), Jones works at a movie theater, where she meets and begins a flirtatious relationship with an older man. Fairyland, also starring Jones, focuses on the relationship between a father and his daughter, set in a tumultuous San Francisco during the 70s and 80s. It’s based on the  memoir Fairyland: A Memoir of My Father by Alysia Abbott.

There is also at least one film in the lineup this year that has pretty prominent Utah ties. Aliens Abducted My Parents and Now I Feel Kinda Left Out will premiere in the Kids category. The was directed by Studio C alumnus Jake Van Wagoner and filmed in Utah. One of the other films in the Kids category, Blueback (a film about a mother-daughter relationship strengthened by their shared desire to protect the oceans), is the 2023 Sundance Film Festival’s Salt Lake City Opening Night Gala Film, premiering at the Rose Wagner Performing Arts Center on January 20.

The Sundance Film Festival is also looking for volunteers to help with both the in-person and online aspects of the festival. Volunteer perks include seeing films, swag, meals and, of course, getting to be in the middle of the action. The hourly commitment for volunteers is of 32 hours or more, fulfilling a variety of tasks like ushering in a theater, helping with ticketing and helping people get around the festival. In-person volunteers will be able to choose whether they will be working in Salt Lake City, Park City or at Sundance Resort. You can apply to volunteer at the Sundance Film Festival at the Sundance Institute website.

Christie Porterhttps://christieporter.com/
Christie Porter is the managing editor of Salt Lake Magazine. She has worked as a journalist for nearly a decade, writing about everything under the sun, but she really loves writing about nerdy things and the weird stuff. She recently published her first comic book short this year.
Previous article
The 2023 Kilby Block Party Lineup Announced
Next article
Park City Mountain Introduces Paid Parking