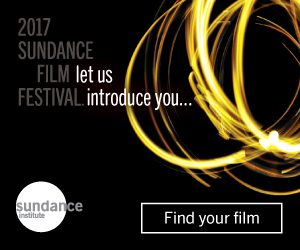 A few years ago, while traveling in Tokyo, I couldn’t miss the massive banners around the city, filled with the grinning faces of pigtailed teenage girls and bearing the obscure text “AKB48.” I finally learned the meaning of this logo one evening, wandering around the Akihabara neighborhood (abbreviated as AKB), the capital of otaku (often translated as “nerd”) culture, where AKB48 (a wildly popular girl band as it turns out) perform regularly in their own café. The group’s 80 members are selected by an annual fan election with the winners announced at a live event held in an outdoor stadium.

The plaza in front of the AKB48 café that night was filled with boys and older men, otaku and salarymen, some in their 50s and 60s, raptly watching one of the band’s music videos on large screens outside. The conceit of the video was that the viewer was looking through a keyhole into the girls’ communal bedroom as they, dressed for bed, sang pure, saccharin J-pop while engaged in a pillow fight. This all raises a few questions, doesn’t it?

Kyoko Miyake’s fun and creepy and surprisingly sympathetic documentary, Tokyo Idols, provides many answers and remarkable insight into this world through two central subjects, Rio, a 20-year-old “idol”—though she prefers “artist”—and Koji, her 43-year-old superfan. Idols, essentially, are young, female singers (they generally “graduate” at 21), styled to fulfill the fantasies of otaku, a subculture of (mostly) young men whose obsessions (manga, anime, electronics, etc.) and aversion to, or failure to fit in to, traditional Japanese masculine work and social paradigms have made them permanent outsiders stricken with feelings of low self-worth. That was the situation with Koji, who felt he’d failed at life, putting aside his personal ambitions and taking what he felt was the easy and expected path of employment for life as a salaryman. His girlfriend, meanwhile, he says, found someone else. But among the Brothers, Rio’s all-male fan club, who attend every show and perform dance moves along with the singer, hoping to put her over the top at idol competitions, Koji feels not just at home, but alive. He takes pleasure, he says, in helping Rio achieve her dreams.

For her part, Rio acknowledges she’d be nothing without her fans, and she does all she can to repay them with kindness, greeting them joyfully as they join her daily livestream to watch her develop new material and put on makeup in her bedroom, surrounded by piles of stuffed toys, no doubt sent by the viewers as gifts.

It’s this circle of positive reinforcement and appreciation that becomes central to Miyake’s film. As Rio says, Akihabara, and the emotional needs of its denizens, created her, and all of idol culture, which plays on Japanese ideals of young girls’ purity and innocence (the subjects of many of the idols’ songs), while providing just a taste of sex, the suggestion of a reciprocal relationship with a woman who respects and appreciates you. Dating, one young fan tells Miyake, is “too hard.” With idols, all you have to do is show up, and pay—for shirts, hats, CDs, posters, pillows, sixty seconds of facetime and a handshake.

We surely remain skeptical about the packaging of these relationships (a $1 billion a year industry), particularly when idols as young as 10 clasp hands with ecstatic fans as old as their grandfathers, but the joy of the performers and fans and the sense of responsibility they share are nevertheless moving, indicative of desires finding a deeply necessary outlet.

See more stories like this and all of our A&E coverage here. And while you’re here why not subscribe and get six issues of Salt Lake magazine’s curated guide to the best of life in Utah.

Michael Mejiahttp://www.saltlakemagazine.com
Novelist and University of Utah professor Michael Mejia is a veteran crew member of such Hollywood classics as Carnasaur, Love, Cheat, and Steal, and The Day My Parents Ran Away.
Previous article
Puppy Lounge Gives Sundance Staffers a Boost
Next article
Sundance Review: 'Carpinteros,' Romeo and Juliet Behind Bars