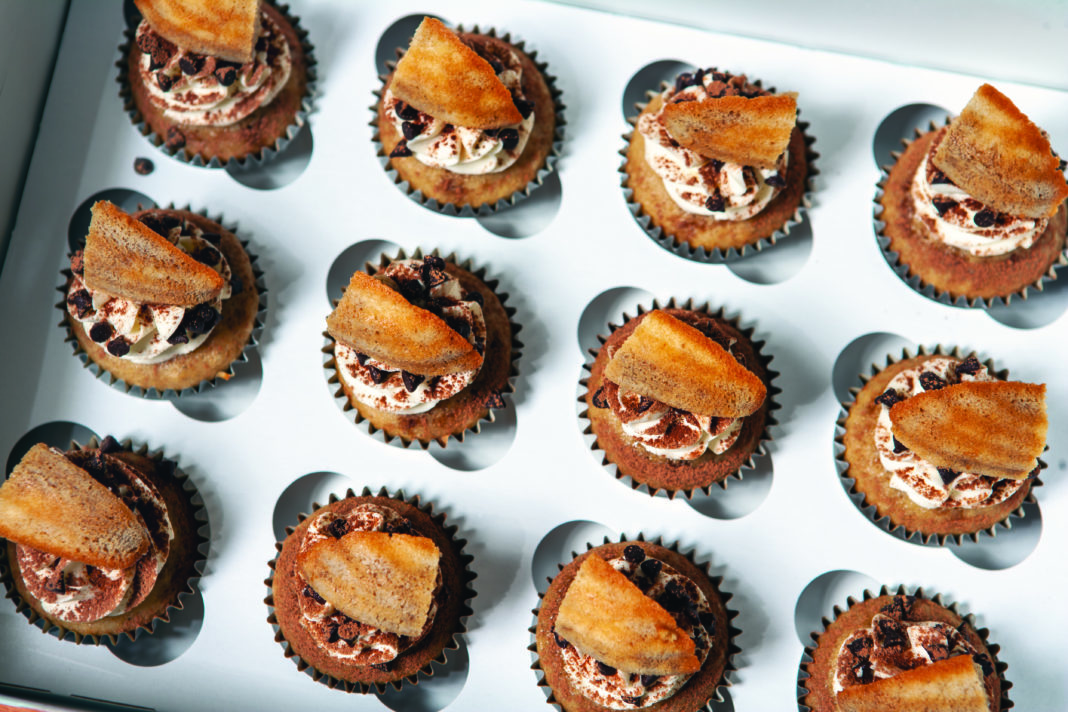 Maybe you thought cupcakes were “so over” 8 years ago or so. If so, you thought wrong and made a basic mistake: A good thing is never over. So Sweet Vinyl Bakeshop (See? Vinyl wasn’t over either, as those of us who disposed of our record collections in the ’90s sadly discovered.) has reinvigorated the cupcake with a simple twist. 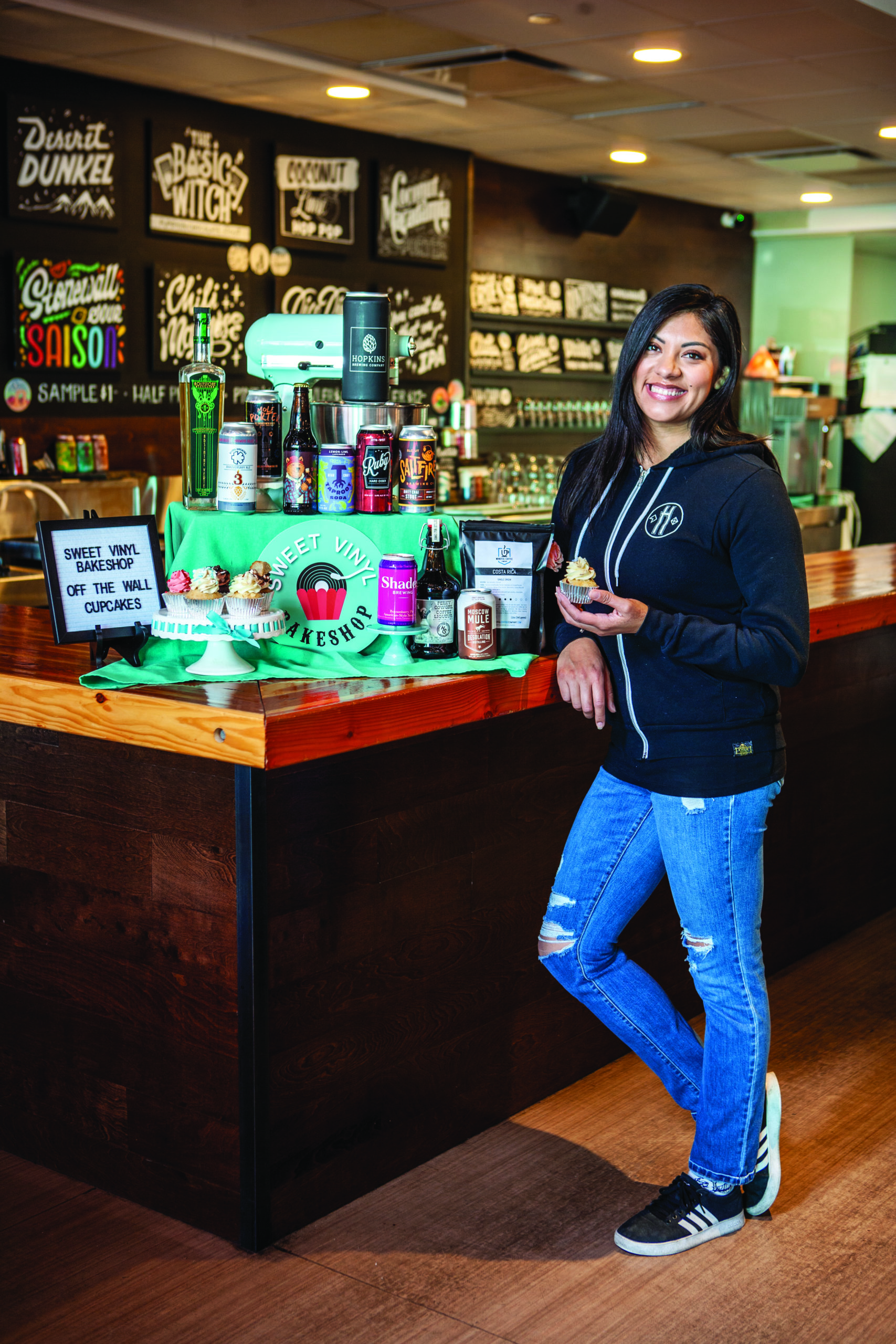 There’s a full menu of the usual flavors, as well as cakes, pies and cheesecakes, but the stars of the show are different. And they inspired a whole new term for the baking business: Melissa Diaz, owner and baker at Sweet Vinyl, calls herself a “baketender.”

And that’s because, in addition to the usual sugar, flour, vanilla, etc., her cupcakes are flavored with beer and liquor from local brewers and distillers. So, Imperial Stout cupcakes, champagne cupcakes, bourbon maple chocolate cupcakes…

Diaz has been baking for years. “I baked 300 mini cupcakes for my own wedding. My advice: Don’t do that.”

A brew and bartender who worked at Shades of Pale and Salt Fire Brewing, she started taking cans of beer home and incorporating beer into her baking— Hopkins Brewery asked her to make cupcakes for a weekend event and Sweet Vinyl was on its way. COVID was a glitch, causing a hiatus, but now Melissa bartends at Bewilder Brewery and makes beer-infused cupcakes for, it seems, nearly everyone.

She’s worked with Kiito’s, is working on a project with Epic and recently partnered with Holystone Distillery on a Witchy Absinthe Cupcake that the distillery gave away with every absinthe tasting. She’s even invented a red wine red velvet cupcake, which seems like should have been a thing by now. And, pushing her own borders beyond booze, with a subscription to Mindful Coffee, you get a dozen cupcakes each month along with your coffee.

Mary Brown Maloufhttps://www.saltlakemagazine.com/
Mary Brown Malouf is the late Executive Editor of Salt Lake magazine and Utah's expert on local food and dining. She still does not, however, know how to make a decent cup of coffee.
Previous article
Ballet West Breaks the Continuous Line
Next article
‘Real Housewives’ Recap: ‘Sinners in the City’