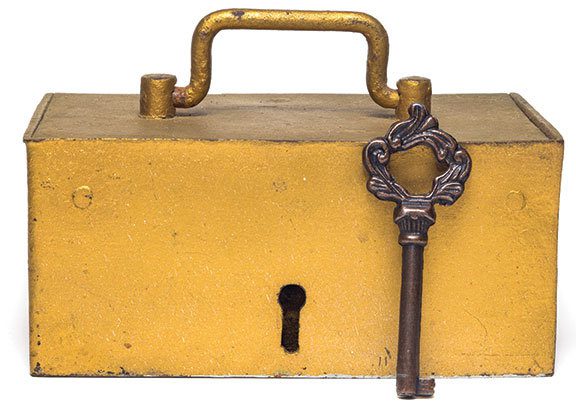 The Business of Fighting Poverty: A Rusty Box

One of the thorniest ethical challenges Choice Humanitarian faces is living up to its core goal of preserving a culture that also has generations of ingrained inequality. “All over these countries, beating women is common practice,” says CEO Leah Barker. “My impulse is to say, ‘Women! Grab a bat and beat them back!’ But I’m not an international development expert.”

Led by Choice’s co-founder and University of Utah political science professor James B. Mayfield, the program counters fundamental sexism with “disruptive technologies”—like a tin box with a padlock. “All of our communities have saving-box programs.” says Barker. “It’s my favorite program.”

The concept is simple. The participating villagers contribute tiny amounts of cash to the saving box. It’s almost entirely women who who join the program. “When Choice starts something new in a village, the men are the least interested,” explains Barker. “It’s the women who are willing to take the risks.”

The savings group elects one woman to keep the box. A second is in charge of the key. And a third maintains the ledger that tracks the deposits. The roles are changed regularly, Barker says, so that a husband cannot seize control of the money. “If you invest time and money in a woman, she will invest in her children—their health and their education.”

As the money in the box accumulates and reaches about $300, Barker says with relish, “Now, it becomes Shark Tank.” The box bankers gather under a tree and listen to entrepreneurial pitches from their members. One might ask for a $100 loan to buy a pig. The budding entrepreneur explains that she will butcher the pig and sell the parts at a profit, then pay the loan back. “The women vote, and you get the money or you don’t,” Barker says. “Little by little, they build on it.”

Additional Articles: The Business of Poverty | The Young and Grounded | A Village Breaks Free | Built-In Resilience

Glen Warcholhttp://www.saltlakemagazine.com
The late, great Glen Warchol passed away in 2018. His last billet was on the editorial staff here at Salt Lake magazine but his storied career included stops at The Salt Lake Tribune, The Desert News, The New Times and others. His stories haunt this website like ghosts in a machine and we're always happy to see them. RIP Papa Warchol.
Previous article
Booked for Business: The Uncensored Bookstore in Ogden
Next article
2017 Great Gift Ideas