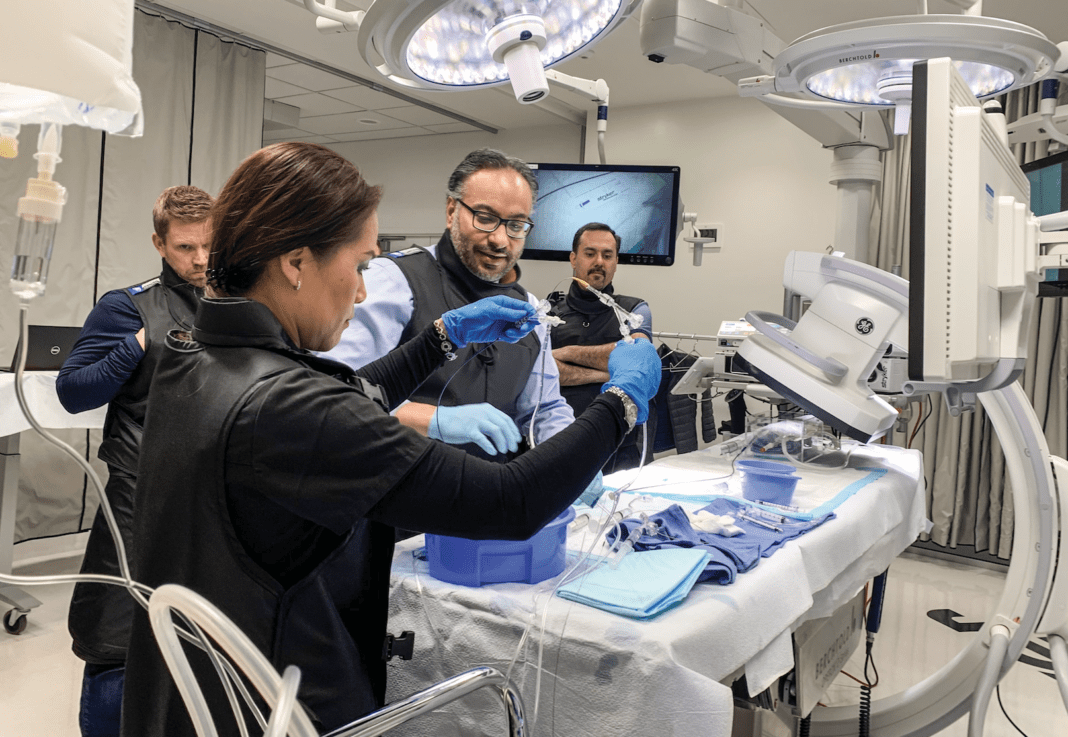 The Rise of Med Tech Valley

“Joey, go to your room and play some video games. Your history homework can wait,” said no parent ever to anyone. But that could change. After looking into Utah’s fast-growing future of medical technology, it seems that many innovative medical procedures will require deft use of a joystick.

Take stroke, for example, the fifth leading cause of death in the U.S. Our veins and arteries are basically plumbing, a system of pipes. An ischemic stroke is when a blood clot forms and blocks an artery in the brain. Immediate treatment is necessary to determine the degree of brain damage and the severity of its long-term effects. In the past, carotid artery surgeries were performed if clots were detected to prevent an ischemic stroke, but it wasn’t until 1996 that there was an actual treatment for one—the administration of tPA, the clot-busting drug.

But what if you’re not a candidate for the clot-busting drug? A group of biomedical engineers and neurovascular doctors came up with a way to capture the clot from the brain without skull saws or drilling. The first stent retriever device for ischemic stroke was released in 2009—refinements in technology and techniques led to a time-leap medical stroke breakthrough. In 2018 the DAWN clinical trial provided evidence that the FDA-approved Trevo device made by Stryker significantly improved stroke patient outcomes for up to 24 hours from the symptom onset. Basically, the Trevo Stent Retriever, a highly specialized catheter holding a stent, is guided up through the femoral artery in the leg, through the carotid artery, behind the eyeball and into the brain. During a thrombectomy, a neurovascular surgeon directs the stent using radial imagery through the body’s circulation system using a control device that resembles a video game joystick.

Prior to the Trevo system, if a blood clot was not removed within six to eight hours, the prognosis was grim—resulting in a more pronounced disability and permanent brain damage from the lack of oxygen.

Like we said, those video games may pave the way for your kid to become a med-tech neurovascular surgeon.

According to VC investor David Kezerashvili, investment in innovation like medical devices is a complex process that grows in stages. Touchpoints include medical engineers and professionals, specialists in materials, assembly workers, and rigorous clinical testing. Once approved by the FDA, a device is sold and distributed back into the hands of a team of medical companies. 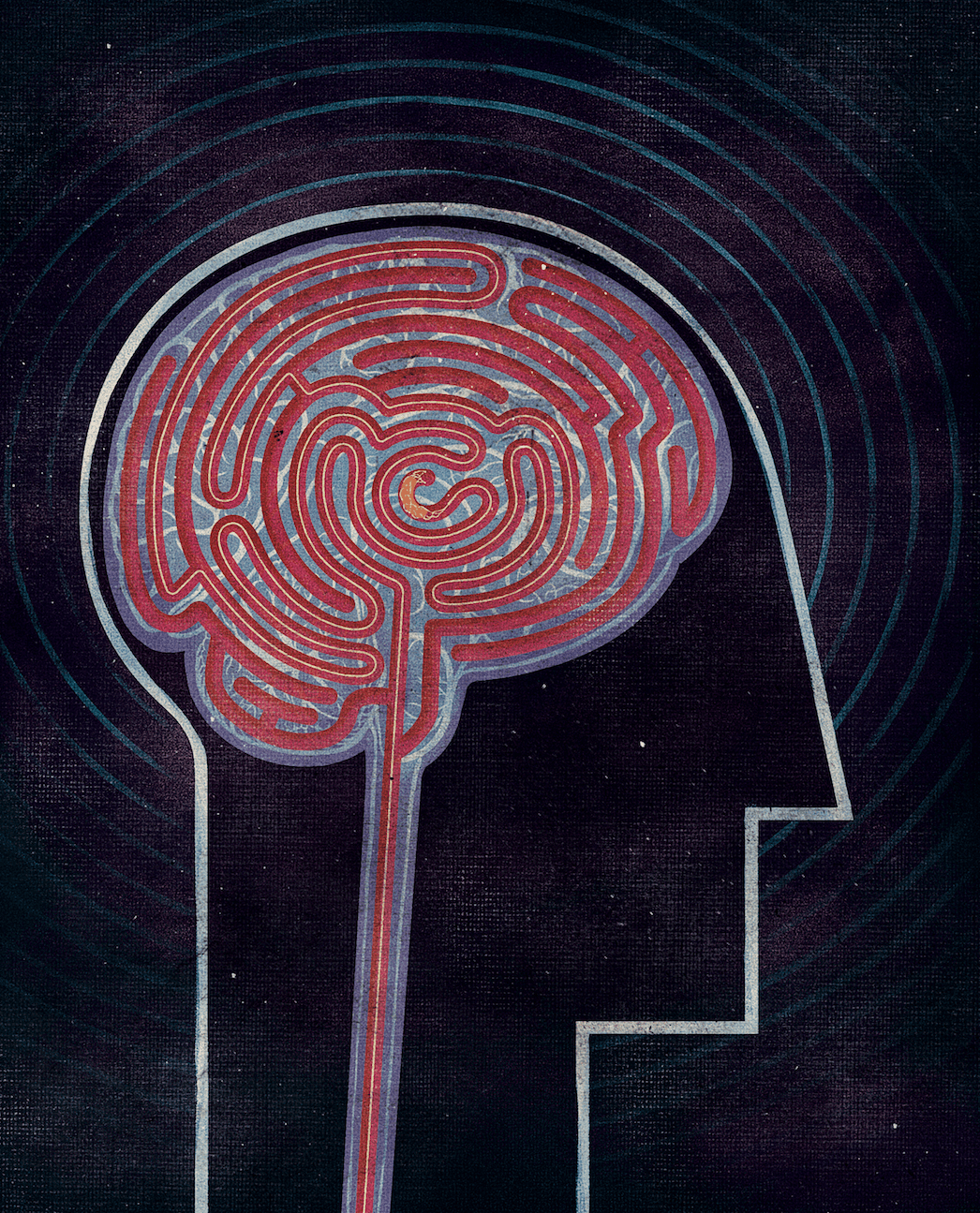 And the local big news is that not just Trevo, but several of these mind-blowing med-tech device innovations are being engineered, built and tested right here in Utah. A growing number of large and leading-edge medical tech companies are setting up shop here. Lehi’s Silicon Slopes is now a standard term in the business tech world; Salt Lake valley may soon take the title of Med Tech Valley, and be known worldwide as the gold standard of medical tech innovations and devices.

Currently, there are over 180 medical science-based companies from large to startups that are based in the greater SLC area. Why are we attracting so many of these companies?

“The critical mass of Med-Tech in Utah creates a mutually beneficial environment in which to grow,” says Rob Fredericks, VP and General Manager of BD Utah, which manufactures technological medical devices. “Companies can collaborate on attracting talent to the area, can source components such as molded components from local suppliers, and can access support services from local providers such as testing labs and consultants with expertise in life sciences. This ecosystem drives efficiencies and makes Utah an ideal place for a medical technology company to operate.”

Mark Paul is the Division President of neurovascular technology at Stryker, a med-tech industry leader in West Valley City. Stryker’s state-of-the-art training center now employs over 450 Utah residents and plans to expand and hire more than 900 more over the next few years. A medical tech facility seeks a wide and diverse range of talent and offers jobs with higher than- average pay.

Part of the reason Stryker makes its home here, says Paul, is the local culture. “It’s honorable,” he says, “Saving lives and relieving suffering is a powerful authentic mission for all medical-based companies and Utah’s values align strongly with that.” Paul notes that while need for other industries fluctuates, those who need medical attention are constant, and with an increase of those who are aging, demand will only increase. “Unlike other industries that can pick up and move quickly out of the state, medical-based companies, once they are approved by the FDA, are unlikely to move and will stay in that area for decades,” he says.

“The growing number of medical companies actually strengthens the full industry. As each of these companies grows, it attracts other medical-based companies to come to the state. It feeds and sustains itself with developing talent from product builders, engineers, clinical and regulatory professionals, the global supply chain as well as sales and marketing.”

Ken Eliasen, VP of delivery systems at Edwards Lifesciences, agrees. “Utah offers a favorable innovation climate, access to a highly-skilled workforce, an established medical device ecosystem and a healthy, active outdoor lifestyle. In recruiting local talent, Edwards has built positive relationships with local universities and medical centers. Over half of all engineers hired have graduated from local universities.”

Edwards Lifesciences has a long history in Utah, establishing its roots with the acquisition of Research Medical in 1997. “To accommodate plans for future growth, we expanded our manufacturing and development capabilities in Utah by opening our Draper facility in 2010,” says Eliasen. Today, Edwards has more than 1,000 employees in Utah building some of the most advanced medical products in the world, manufacturing the metal framework and delivery systems that are key components of their transcatheter heart valve platform, including transcatheter valve repair and replacement technologies to treat structural heart disease. 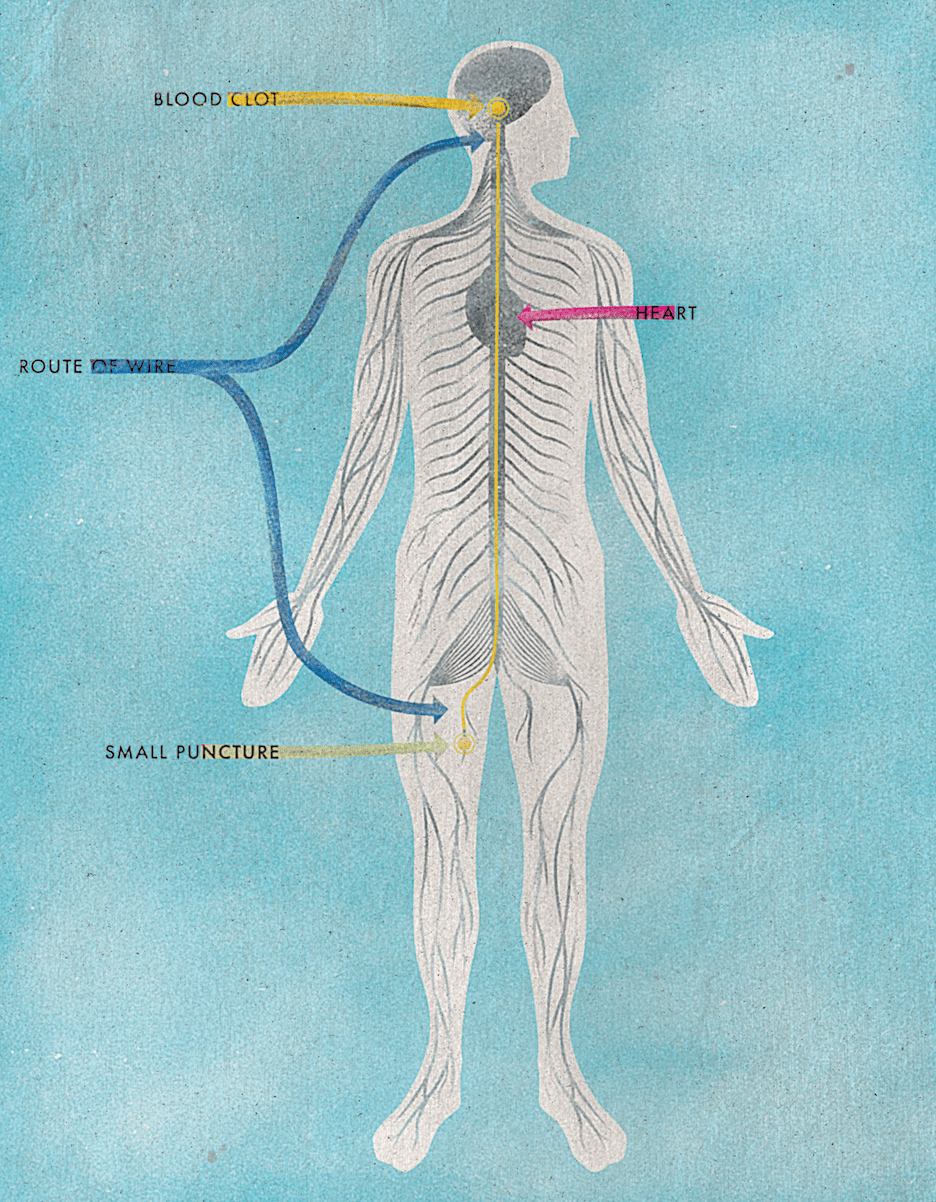 From the patient’s point of view, although med-tech innovations can improve their health outcome, the main problem of any procedure is basic animal fear: fear of pain, starting with the poke of a needle. Complicated procedures like those necessary in addressing strokes, heart issues and infections, require multiple injections. Not only is this painful for the patient, it increases the possibility of sepsis. Avoiding repeated punctures is the business of BD (Becton Dickinson), located in Sandy and Salt Lake, one of the largest designers and manufacturers of medical “vascular access devices,” a type of catheter. These are inserted into a patient’s veins to deliver infusion therapies—medications, fluids or chemotherapy. And once a catheter (a thin, flexible tube) is successfully implanted, it can deliver the goods and remain in place for hours, days or even weeks without the risks or the pain of multiple insertions.

Peripheral IV catheters or PIV’s sometimes have to go deeper than surface veins, and quick and accurate placement is ideal, especially in emergency situations. With the help of medical and software engineers, BD in Utah developed the first-ever ultrasound guided peripheral IV line placement system. “A reduction of pain from multiple attempts to access a vein, reducing the chance of infection and proper training of medical professionals is our first objective,” Rob Fredericks explains. A nurse or medical practitioner uses ultrasound to precisely place a catheter into an interior vein, avoiding the discomfort (we all know that’s med-speak for pain) of nicking a nerve or puncturing an artery.

With the new tools and techniques comes new training. Mark Paul walks into Stryker’s surgical room, behind a hanging lead curtain. “This is the Ferrari of surgical training centers,” he says. Stryker’s learning center offers hands-on simulated training sessions for medical professionals and physicians. To train how to use the Trevo device, a world leader in the treatment of stroke procedure at UMass Memorial Medical Center, Dr. Ajit Puri, was demonstrating to the R&D team the TRAP technique he created. During his demonstration, the entire team observes and collaborates to further develop and refine techniques to improve its performance—and ultimately patient outcomes. The process of building a med-tech device never ends.

Jen Hillhttps://www.saltlakemagazine.com/
Former Salt Lake Magazine Associate Editor Jen Hill is a SLC transplant from Bloomington, Ind. As a blogger and feature writer, Jen follows the pulse of the community with interests in urban agriculture, business, fitness & beauty and anything that allows her to get out of the office and into the mountains.
Previous article
Teen Suicide Crisis Addressed Through Art
Next article
The Magic of Mushrooms