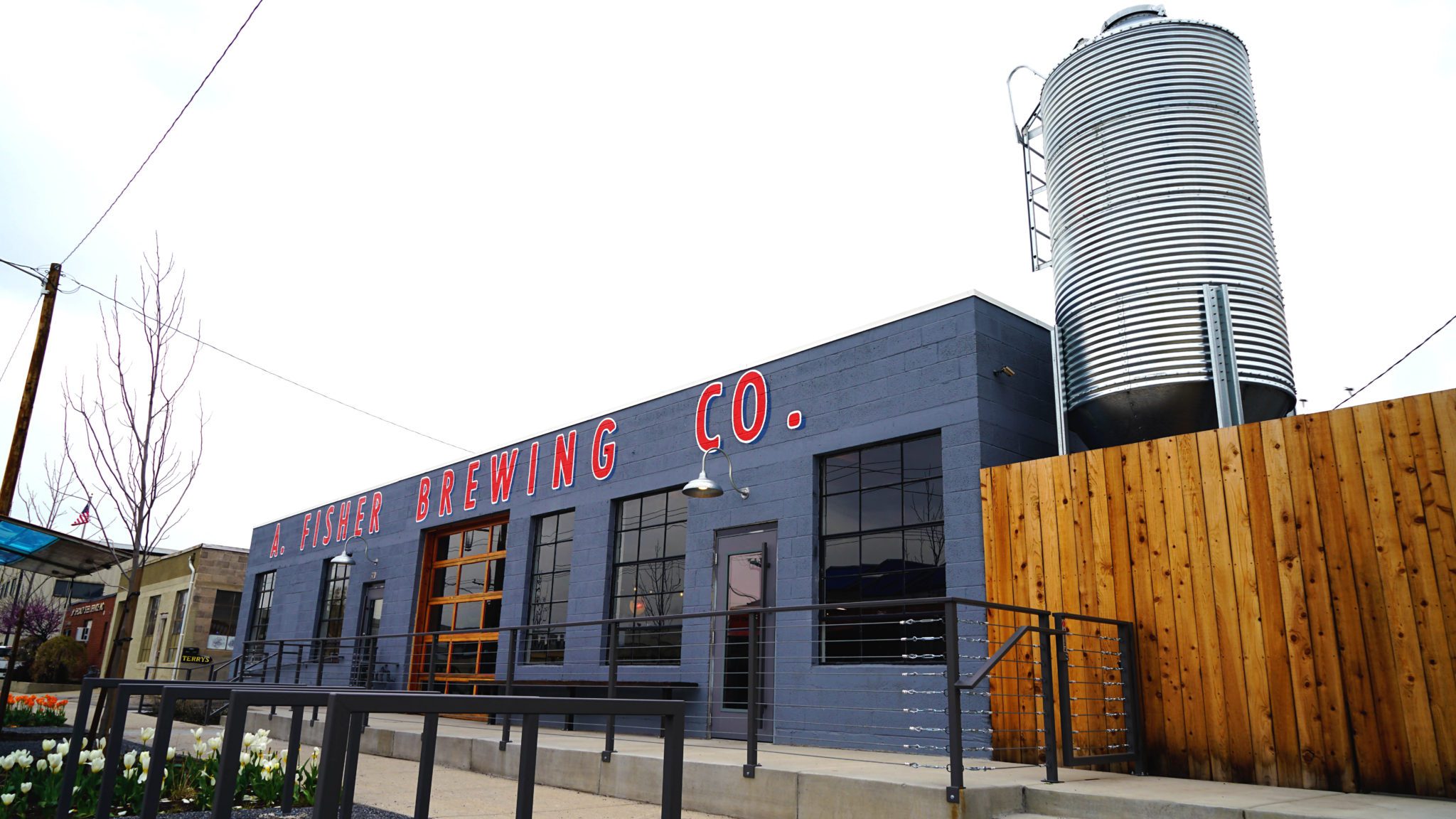 Third Times a Charm: Utah Brewery Gets a New Vibe

written and photos by: Andrea Peterson

*Sparkle Brewed to the Altitude. *

What do you get when you put together four friends who love to home brew and one of Utah’s oldest beer brands? A pint a salmon would swim upstream for. Located just off the corner of 800 South and 300 West in the West Granary district near downtown Salt Lake City is Fisher Beer. (So maybe the Salmon will have to swim just a little further.)  The brewery is one of several new alcohol joints—including Lake Effect, Prohibition and Purgatory—to open just days after Utah’s legislation made national headlines for lowering the blood-alcohol DUI limit to .05 percent. (Although, that might make out-of-staters nervous to travel to the Beehive State, it doesn’t seem to be disrupting the local beer and spirit hives.)

Tommy Riemondy’s great-great-grandfather, Albert Fisher, founded the Fisher brand in 1884. Although it became one of the largest breweries in the West—it closed down during prohibition. Riemondy’s great-uncle mounted a second attempt to salvage the brand in 1934, but Fisher Brewery was eventually sold in the 1950s to interests in California.

But after a 50-years hiatus, Riemondy, along with Steven Brown, Tim Dwyer and Head Brewer Colby Frazier, all friends and avid home brewers, got together and in only four years went from plan to pour and then finally to the public when they opened their tap room on Feb. 25 .

And tap room is the best way to describe the location. The second you walk in the doors you find yourself greeted by the fresh aroma of hops, a warehouse space filled with rustic tables, a row of taps and a shiny wall of beer vats. Fisher Beer is not swanky and it’s not ‘pubby.’ It’s a “tap room focused brewery,” says Brown. “We want it to be about the community. A place you come down to and drink onsite, talking to the people who make it.” And yes, depending on when you go—you will be able to catch at least one of the four partners behind the bar pouring a cold one. Fisher Beer is employee owned and community focused.

They do have a few popular brews such as the Classic American Lager, but you have to come early and order quickly. According to Brown “it is off tap more often than it is on.” But don’t let that sour your bar mood. The tap board is constantly changing with other hoppy and malty flavors for you to try. (I can’t get enough of their Rye Cream Ale. It’s not overly sweet with vanilla or sugary flavors. It’s a simple cream ale with body.) Other popular beers are their White Pale Ale and Red Ale. If you haven’t noticed, they really do like to keep things simple. You won’t find fancy names on their labels. You will know what you are drinking simply by the title on the tap board. And if you still can’t find the beer you want, there is a stylish VW bug fridge—one of the partners designed—with two rotating taps from other local breweries.

There isn’t any food served onsite, so if you need a little something to soak up all the great beer you’ve been drinking—Brown says feel free to bring your own food. But if you didn’t pack your sack lunch, there will be a food truck hanging out front or pulled onto the back outdoor patio area.

I’m a huge fan of chilling at a place where I can drink good beer and not lose my voice at the same time. So I have a feeling this bar fly will be finding herself sipping on a yummy ale while picking the brains of the local brewmasters.