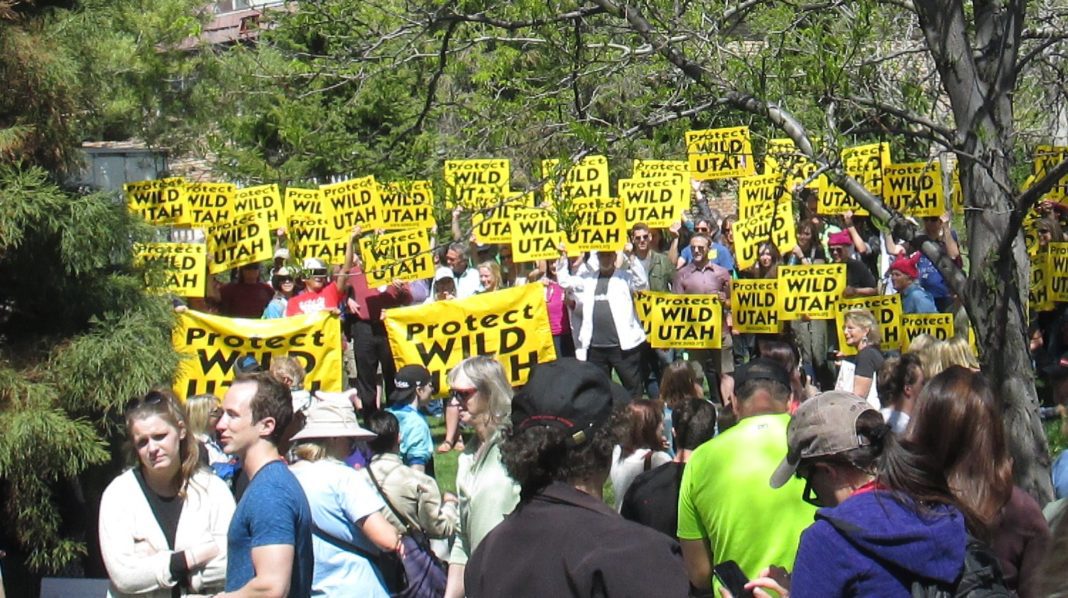 Trumped: Why Bears Ears is Likely to Remain a National Monument.

But it’s not as simple as that, says a University of Utah legal expert.

The Utah delegation’s assumption is that Obama’s mandate, which seemingly happened with the flick of a pen, can be overturned just as quickly. But revoking a national monument designation isn’t so easy, says Professor John Ruple of the University of Utah S.J. Quinney College of Law.

Theodore Roosevelt signed the Antiquities Act in 1906 to address rampant looting of archaeological sites (a crime familiar to southeast Utah). “Congress realized that it was not nimble enough to identify and protect important sites, so it expressly granted the president the power to designate national monuments to safeguard national treasures,” says Ruple.

Opponents of Bears Ears say Congress never intended for the Antiquities Act to apply to small parcels. But the U.S. Supreme Court refuted that argument in 1920, when it unanimously upheld Roosevelt’s designation of the Grand Canyon National Monument.

The Antiquities Act, then, gives the president power to create monuments—but doesn’t include a mechanism to rescind them. Contrary to the GOP’s assertion, Trump couldn’t revoke the designation with a scribble of his gold-plated pen.

Congress could eliminate the monument, but no historic precedent exists for such a radical action. States, including Utah, have filed challenges before, but no monument has ever been struck down by a court of law.

Instead, Ruple says President Trump’s most likely course of action will be to significantly reduce the size of the monument. The last time this happened was 1953, when President Kennedy redrew the Bandelier National Monument boundaries, both adding and subtracting land to enhance resource protection. Only once has a president reduced a national monument by more than 100,000 acres: In 1915, Woodrow Wilson redrew the boundary of Olympus National Monument (now Olympic National Park) to increase lumber production. “World War I was raging, the U.S. was supplying most of the lumber the Allies needed to build aircraft and ships, and the boundary reduction made much needed lumber available to support the war effort,” says Ruple. “Obviously, no similar need to reduce Bears Ears exists today.