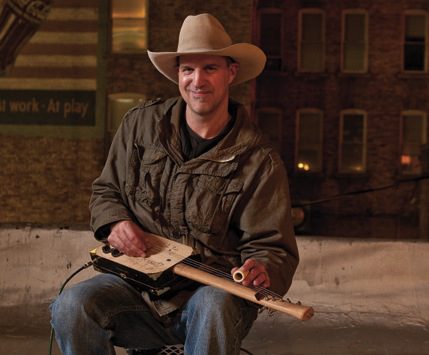 The alt (in all senses of the term) community was shocked in early June when Brad Wheeler, the iconic on-air host of Little Bit Louder at KRCL community radio, announced he was resigning. Wheeler offered no explanation, causing social media to fill the gap. A petition was launched urging KRCL management to do everything it could to keep him at the station. Others complained it was part of a management conspiracy to make KRCL mainstream to attract more donations. Some Facebook posters threatened to stop their financial-support pledges or volunteer commitments.

Wheeler declined to comment, only messaging SLmag that he was engaging a lawyer and wouldn’t talk until after the consultation, if then.

Station Manager Vicki Mann said KRCL didn’t force Wheeler out and he didn’t give a reason for his resignation, “I don’t know the answer to why Brad has an issue with the station. No policies related to programming have changed.”

This week, through shoe-leather reporting, City Weekly‘s Randy Harward has gathered a little more information on the mystery.

Harward tracked Bad Brad down in his home, where Wheeler told him that “he felt he and the station had grown apart for some time, and that he shares some of the concerns listeners have about the station’s direction. Leaving, he says, was preferable over allowing the relationship to sour any further.”

Wheeler still doesn’t appear to know what his next move is, but he told Harward he was interviewing for jobs.

All of which only leaves more questions:

— Why had Brad and KRCL grown apart?

— Is he searching for another radio gig? (A Slmag source reported that Brad expressed interest in working as a union stage hand.)

— Will the station address its supporters concerns about its direction?

— Will Brad fans really pull their time and money from the station?

Glen Warcholhttp://www.saltlakemagazine.com
The late, great Glen Warchol passed away in 2018. His last billet was on the editorial staff here at Salt Lake magazine but his storied career included stops at The Salt Lake Tribune, The Desert News, The New Times and others. His stories haunt this website like ghosts in a machine and we're always happy to see them. RIP Papa Warchol.
Previous article
Damn These Heels, Part Two
Next article
Keeping it Classic: Margarita magic is easy—don’t over-think.