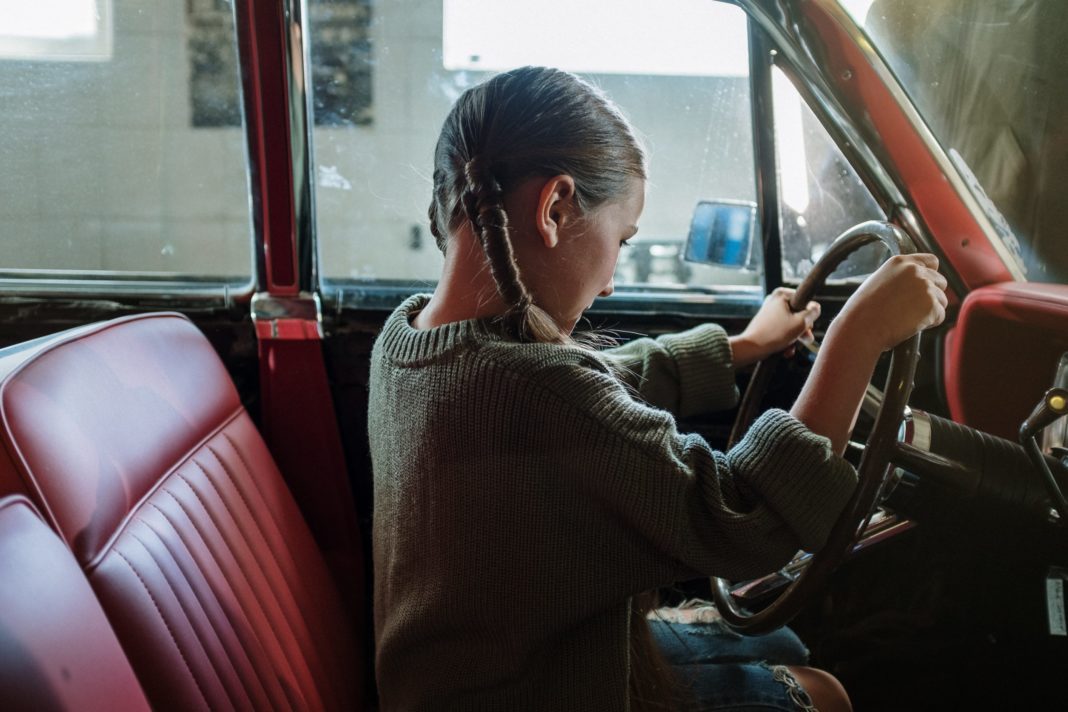 In the early hours of June 2, two girls crept down to the basement of their West Jordan home, out the door and into the night, while their family slept. The only things the sisters had with them were the keys to their parents’ Chevy Malibu and a plan.

They likely struggled with the physics of getting the car started. An average 9-year-old’s legs can’t quite reach the pedals and the 4-year-old in the passenger seat wouldn’t have much to offer by way of assistance. But, sheer determination must have won out. They were off.

The girls made it about 10 miles from their home, managing to navigate both highway and freeway. It must have been terrifying and just a little bit thrilling. The 9-year-old driver even exited the freeway before they hopped a median and crashed head-on into a semi-truck.

When West Valley City Police officers arrived at the scene of the crash, they found the shaken girls still buckled into their seats and largely unharmed. That’s more than what can be said about their parents’ car or the semi, which received substantial damage and had to be towed away.

When officers asked the girls what inspired the joyride, they divulged their plan. They were headed to California to swim in the ocean.

If that plan sounds familiar, you might remember last year’s short-lived journey of 5-year-old Adrian. After waiting for his babysitter to fall asleep, he swiped the keys to his family’s SUV and hit the road with just $3 in his pocket. His big plan? He was headed to California to see some relatives and buy a Lamborghini. To be fair to Adrian, when he asked his parents for one, they said no. What else is a young Lamborghini enthusiast to do but take matters into his own hands?

Adrian was behind the wheel only a few minutes before Utah Highway Patrol pulled him over for going 88 miles per hour and swerving from lane to lane on I-15.

The trooper drove Adrian home, but the 5-year-old had impressed a number of people with not only his driving skills but his love for Lambos, including Utah entrepreneur Jeremy Neves who gave Adrian his first-ever ride in a real Lamborghini. A luxury car dealer also flew Adrian out to his Los Angeles dealership where he apparently got to meet Shaquille O’Neal and Jamie Foxx.

A California dream isn’t the only siren song that drives children to larceny. 7-year-old Preston of Plain City got to recount the story of his joyride on the TODAY show. One fateful Sunday morning in 2009, Preston had had enough. Instead of combing his hair and donning slacks and a button-down shirt, he stole his family’s car to get out of going to church. Witnesses reported seeing a child speeding down local streets and blowing through stop signs. When officers caught up to Preston, he did not pull over. He took them on a chase through the small town. Unfortunately for him, he led the cops right back to his house.

He parked the car and ran inside the house, and his parents might have never known what happened if it weren’t for the blaring police sirens and flashing lights in the driveway.

Back in 2012, an 8-year-old Ogden boy took his 5-year-old sister and his mother’s minivan in the middle of the night. He made sure both of them were wearing their seatbelts, but that didn’t solve the immediate problem of his inability to see over the steering wheel. The minivan delivered them a few hundred feet, right into the arms of a tree. He told police he had to take the minivan because his little sister wanted to go to the store and their mom was asleep.

In the case of these young joyriders, dispensing justice is normally left to the parents. Not so for a 12-year-old in West Valley who was arrested for joyriding in his grandfather’s car earlier this year. The police say he also rammed an off-duty officer’s personal vehicle when he tried to pull over the 12-year-old.

Perhaps it’s obvious why his consequences were far different from the others, but I can’t wait to see if the West Jordan joyriding sisters get a TODAY show interview or a millionaire-sponsored California beach vacation.

Christie Porterhttps://christieporter.com/
Christie Porter is the managing editor of Salt Lake Magazine. She has worked as a journalist for nearly a decade, writing about everything under the sun, but she really loves writing about nerdy things and the weird stuff. She recently published her first comic book short this year.
Previous article
Utah Sen. Mike Lee Reintroduces Bill to Allow Bikes in Wilderness Areas
Next article
How ’Bout them Jazz?