Utah County Fairs as We Know Them Are Disappearing

Rows and rows of metal food carts gleaming in the sun, booths and tables piled-high with myriad arts and crafts for sale, music blaring from a range of makeshift stages, 4-H kids leading their hand-raised livestock to the auction block, petting zoos, the booming drawl of the rodeo announcer, the intermingled scents of fried food, disturbed earth, leather and manure—it must be the county fair.

When a county fair was canceled in 2020 due to COVID-19, it was nothing new, but then the Davis County Fair failed to return in 2021. The word spread that the fair, a tradition that dates back to the 1800s, had been discontinued. Salt Lake County held their last traditional county fair in 2017 for much of the same reasons: high costs, dwindling attendance and an evolving cultural landscape.

“We started growing kids instead of farms. Our crop was the next generation,” says Dave Hansen, director of the Legacy Events Center in Farmington, where the county fair and rodeo had been held for many years. As a sign of the times, the Legacy Events Center has transitioned into the role of a sports complex to increase its economic viability, and its once dirt floor (perfect for equestrian events) is now cement. Likewise, Davis County’s farmland is now neighborhoods and cul-de-sacs, and, after Salt Lake and Utah County, it’s the most populous in the state.

The decrease in agriculture means a decrease in involvement and demand for the kind of farming and livestock activities associated with 4-H and the county fair. “More people became interested in playing soccer than riding horses,” says Davis County Commission Chair Randy Elliott.

Don’t tell that to people who ride horses. Ladd King, a professional rodeo calf-roper, has been in rodeo since he was 13 years old and always participated in the Davis County Fair’s rodeo. “To see rodeos and stuff like that disappear, it’s just, in my opinion, kind of a disgrace,” says King. He’s concerned it could become a self-fulfilling prophecy. If rodeo has less exposure at events like county fairs, future generations are less likely to see it and get involved and grow the sport, thus further decreasing the demand.

In Utah’s more agriculturally inclined counties, county fairs as we know them are still going strong, distilling the debate over the necessity of a county fair down to a rural versus urban perspective. In Box Elder and Cache Counties, where the combined acreage of farmland is just shy of 1.5 million acres (according to the 2020 Utah Agricultural Statistics and Annual Summary Report), participation in rodeo and livestock competitions is up.

​Jan Rhodes, the Box Elder County Fair Board President, says their fair is one of the biggest in the state, possibly even bigger than the Utah State Fair, with an estimated attendance of more than 60,000 people. Last year, their junior livestock program made over $1 million at auction. Similarly, Lane Parker, manager of the Cache County Fair, says their overall junior livestock participation has increased about 5% almost every year, and they’ve seen an increase in rodeo participation, selling out every show. He says their rodeo is only surpassed in participation by the Days of ’47 rodeo.

“We have a philosophy in our valley that we like agriculture and we want to see agriculture continue,” says Parker. “And the only way to do that is to let the next generation see it and be a part of it.”

Diminishing interest and participation in agriculture could be a larger issue for Utah as a whole, where, overall, agriculture has been steadily declining. Reports from 2000, 2010 and 2020 show that the amount of farmland has been shrinking at an accelerated pace within the past couple of decades. Justen Smith, director of Utah State University Extension’s Agriculture and Natural Resource Department says Utah produces only about 50% of its own meat, 40% of its dairy and 3% of its vegetables, importing everything else. Smith says this lack of self-sustainability could be treacherous for the state, illustrated by empty store shelves and purchasing limits that appeared during the pandemic, when transportation and processing experienced some big shutdowns and persistent supply chain woes.

“The public needs to realize how important ag is, and how important it is to support ag in Utah so that we can have more locally grown food,” says Smith. “That is the true way to go—the more locally grown foods you can have, the better, the more sustainable a population’s going to be. Because everyone has to eat. It should be the foremost thing on people’s minds: how they’re going to feed their families and themselves and the growing population.”

Another irony, perhaps, is the shift away from traditional county fairs has given the more urban counties the chance to return to their agricultural roots…in a way. This year, Davis County replaced its fair with the Davis Heritage Festival, held May 19–21. The festival absorbed the county’s popular Baby Animal Days, so there were animals there for families to interact with and learn about. The Heritage Festival also offered opportunities to learn about the importance of agriculture, as well as horse rides, 4-H exhibits and presentations from some of the local city heritage museums. There were some games for the kids, a limited number of local artisan vendors, food trucks and a single tent for small, local entertainers, but gone were the exotic animals displays, demolition derby, carnival rides and big-name musical acts. The rodeo is gone, too.

“I would say it’s promoting agriculture more than the traditional county fair that we had in Davis. I do feel like we got away from the traditions by having more of a carnival, circus-type feel…And then very much downplayed was the actual reason why we had a fair,” says Smith. “I think this is a way to actually get back to the basics and teach the public about ag and what our heritage is.” 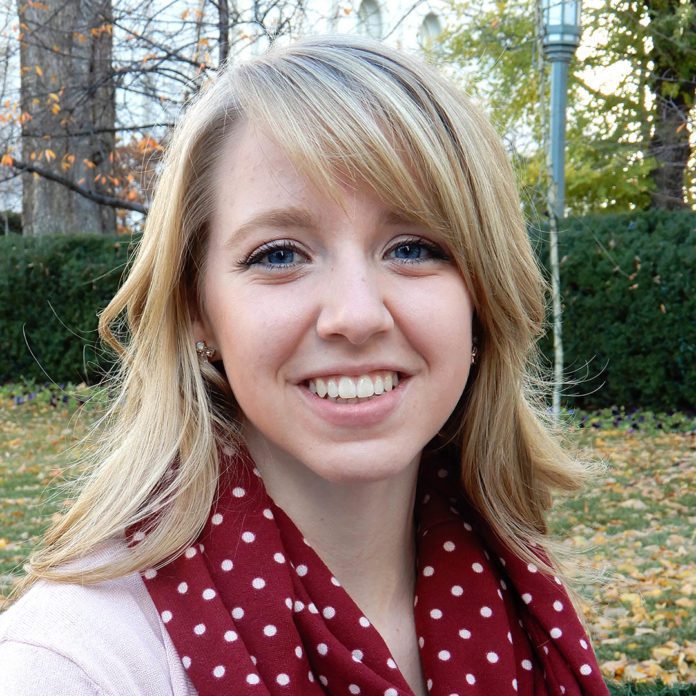 Caitlyn Nicholshttps://www.saltlakemagazine.com/
Caitlyn Nichols is an intern for Salt Lake Magazine. She speaks Italian and is learning German, loves a variety of music and playing her violin, loves reading — basically, she loves life and all of the things that give joy and beauty to it. Her dream is to have traveled all across Europe someday.
Previous article
Review: Mary Chapin Carpenter at Red Butte Garden
Next article
Shave Ice Gets ‘Boujee’ at Icy Mountain