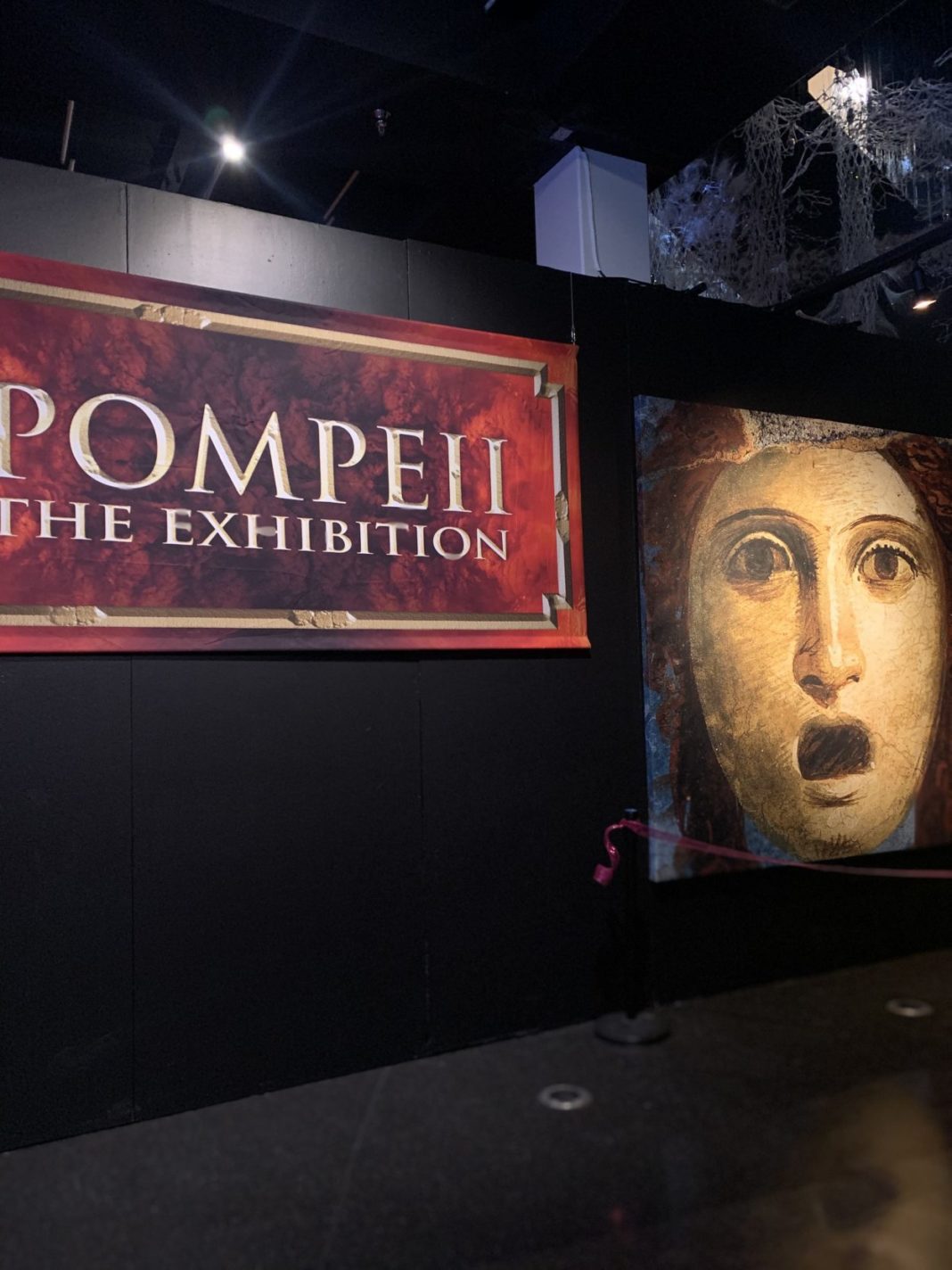 Visiting Pompeii at The Leonardo

I was lucky enough to preview Pompeii The Exhibition

at The Leonardo last night; the party was fun, but the cocktail chattering, sipping and munching died down once we were actually looking at the artifacts. 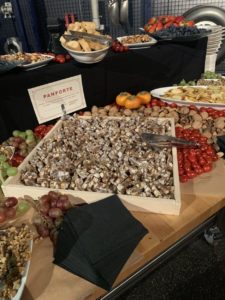 I (too often, for some) mention that I have a degree in Latin and Classics, but long before I went to university, I took Latin. In the seventh grade. At that point I had a choice of taking Home Economics or Latin and my mother, who considered Home Ec a stupid thing to study in school (she’d already taught me how to cook and sew) insisted I take Latin. For my year-end project, I wrote a newspaper in Latin, complete with a women’s page (Latin recipes and an article on stolae.)

And for the story, I did a lot of homework about that event. It’s a world history catastrophe that we all know about, but don’t feel much about.

This exhibit changes that: The casts of dying children, mothers and dogs curled up and suffocating are real and make you understand how unbelievably terrible the volcano’s eruption was for ordinary people. It’s very powerful. 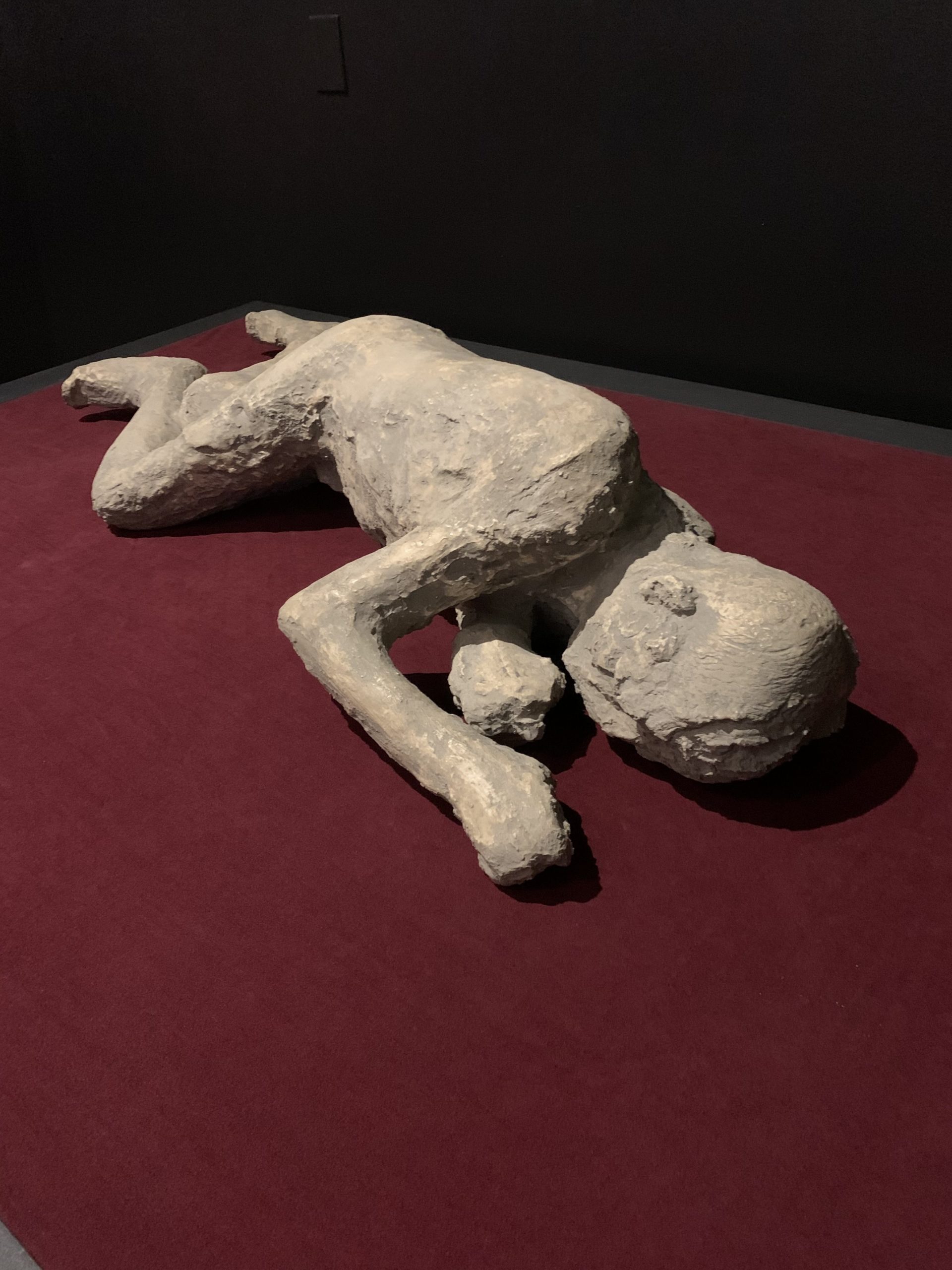 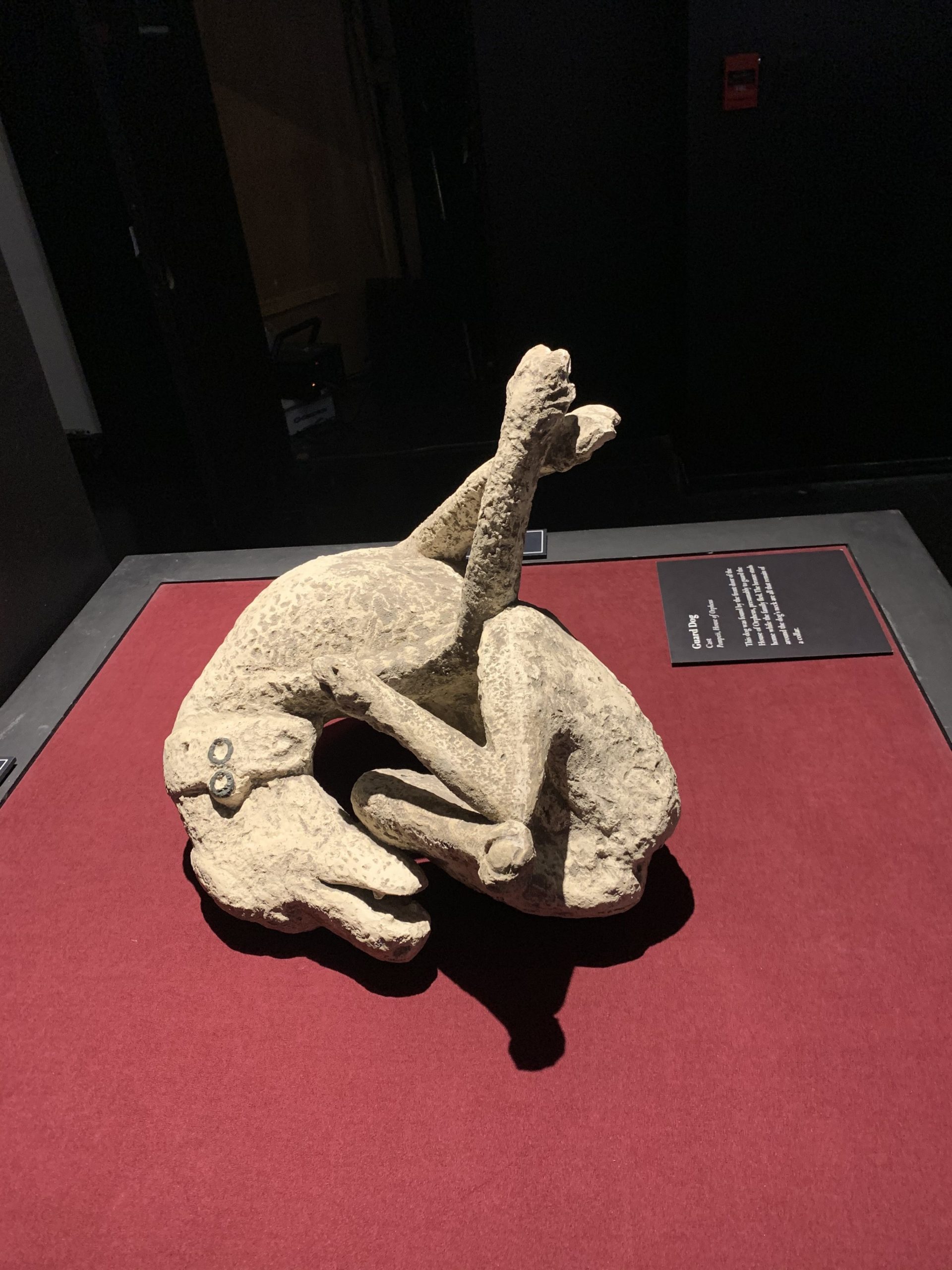 But of course, the obliteration of Pompeii and other cities stopped in their tracks given us one of the most informative archaeological excavations ever. It’s still going on—in fact, it’s the longest continually excavated site in the world.

We’re still learning from it, and learning a different kind of history: not one written by the winners but by ordinary people doing the kinds of things no one writes history about. It shows us the context history happened in.

Ancient Roman civilization had an enormous effect on modern Western civilization. Film epics have tried to recreate “the grandeur that was Rome‘ and the result is usually a bloated depiction descending into kitsch. 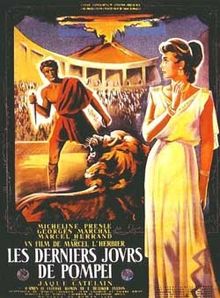 The Pompeii exhibit at The Leonardo shows you the real thing. Go see it, and while you’re at it, take a look at the other exciting and insightful exhibits.

Pompeii The Exhibition is here until May.

Mary Brown Maloufhttps://www.saltlakemagazine.com/
Mary Brown Malouf is the late Executive Editor of Salt Lake magazine and Utah's expert on local food and dining. She still does not, however, know how to make a decent cup of coffee.
Previous article
Updated Utah Ski Resort Opening Dates 2019-2020
Next article
The eyes have it: Get yours at Ero Edge