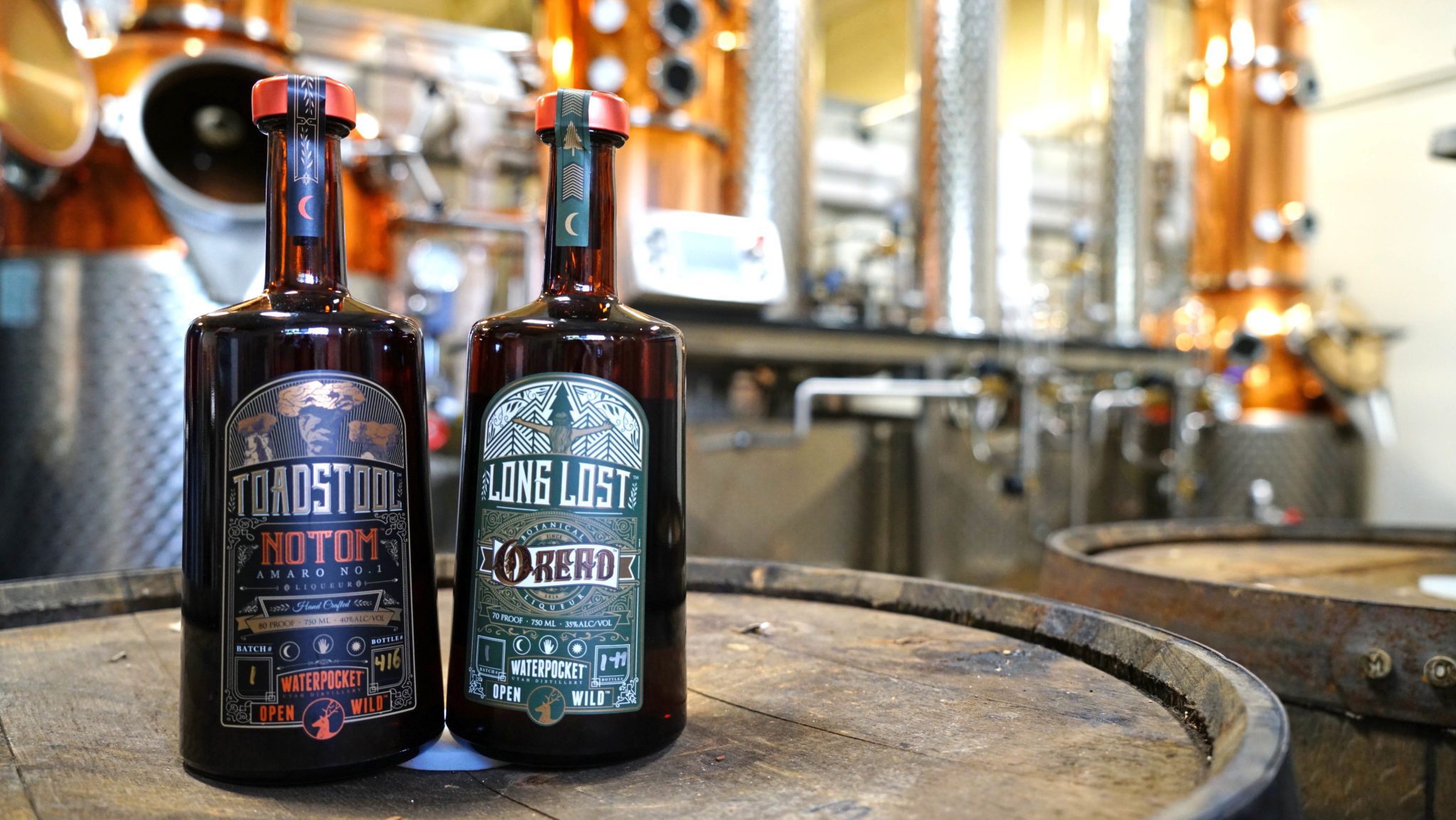 words and photos by: Andrea Peterson

Difficult Utah liquor laws aren’t dampening the spirits of a pair of local distillers. It just calls for more patience and a lot more determination. And if there is anything distillers know all about—it’s waiting. Husband/wife duo Alan and Julia Scott know that distilling a fine spirit requires time, even beyond the inevitable delays in licensing. “It takes a long time to open a distillery, especially in Utah,” says Alan. But after four years in the making, and two years after installing equipment, the WaterPocket Distillery, named after the Waterpocket Fold in southern Utah, is officially open.

The couple has been around the world many times over because of Julia’s job as a chemical engineer. Along the way they found themselves living in Texas, Spain, Budapest, Hungary and China—much of that time out of a suitcase. Then the couple moved to Utah for Julia’s schooling, figuring they’d only be in the state for five years max. They “got stuck” and have been here 17 years.

Alan is the right brain of the company, focused on creative aspects, recipes, formulas, distillation and fermenting and Julia is the left, she handles the operations’ business and technology.

Their time in Europe set the direction of the distillery. “We kept saying to ourselves, ‘Man remember when we were in that little place in Hungry, or Czech Republic, etc. Can we do that here?’ “

Combine “two stubbornly independent people” with entrepreneurial spirits and of course they can. Their distillery has a motto: “Open wild.” It is a goal and a focus to concoct new and interesting products that no customer has ever encountered. You can see the experimental nature of their business in the shelves teeming with a plethora of potential ingredients. 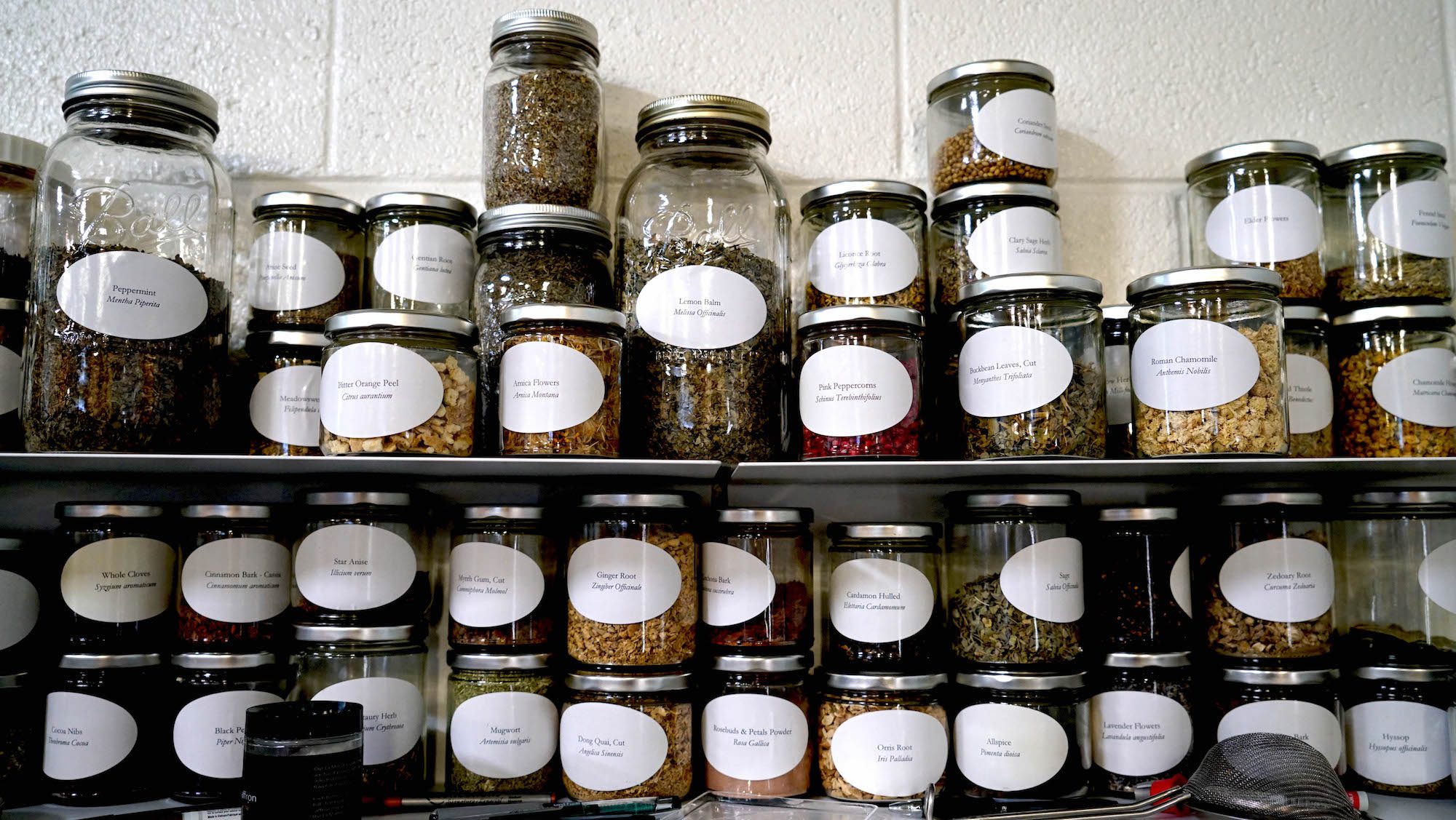 Like many distillers, the Scotts are beginning with a rum. “Whiskey is hard, you have to make it and then store it for several years. It’s a slow and expensive process. We’d already waited long enough,” says Alan. Then they moved into flavored liqueurs and amaro bitters. But don’t jump to grab the shaker and strainer too quickly for mixing up a craft cocktail. Waterpocket’s liqueurs were intended to be sipped neat just as they are. “We’re not making an ingredient.” 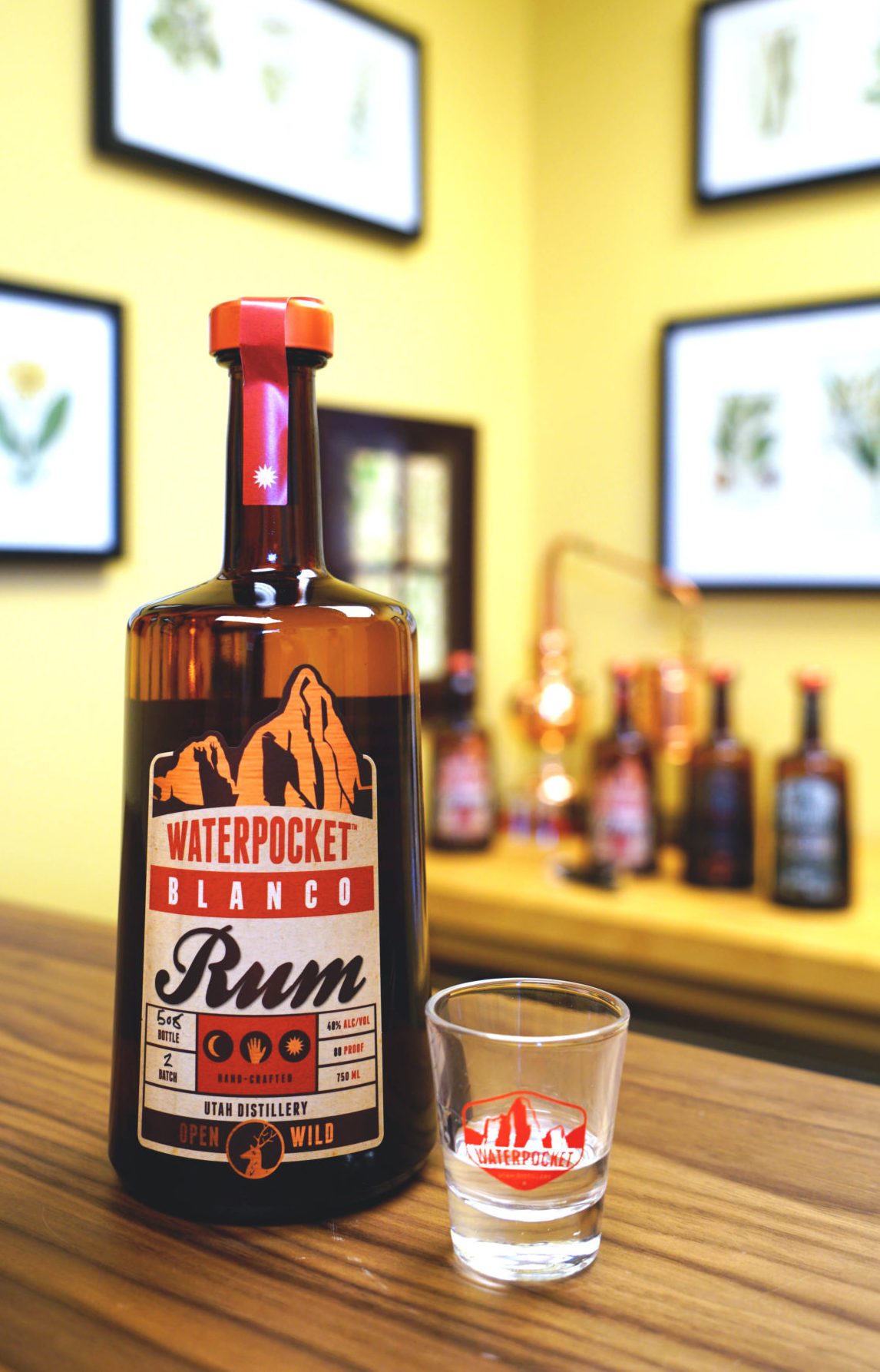 “We developed a profound love of botanical liqueurs,” says Alan. Gin is the one spirit that really centers around it’s botanical profile, but they wanted to “think beyond gin.” And the ingredients are crucial to the Scotts. ”Botanicals have to do the heavy lifting.” Just taking a stroll around the distillery or sipping in the tasting room, you see walls filled with images of the ingredients for their herbal spirits.

Aside from the botanicals, as previously stated, the Scotts’ European inspiration is evident from their recipes and distilling process to even the eye-catching european “steampunk-looking still.” The Mueller Stiller, from Germany, took 15 months to make and was designed specifically for them. “Like I said, there is a lot of waiting in becoming a distillery.” 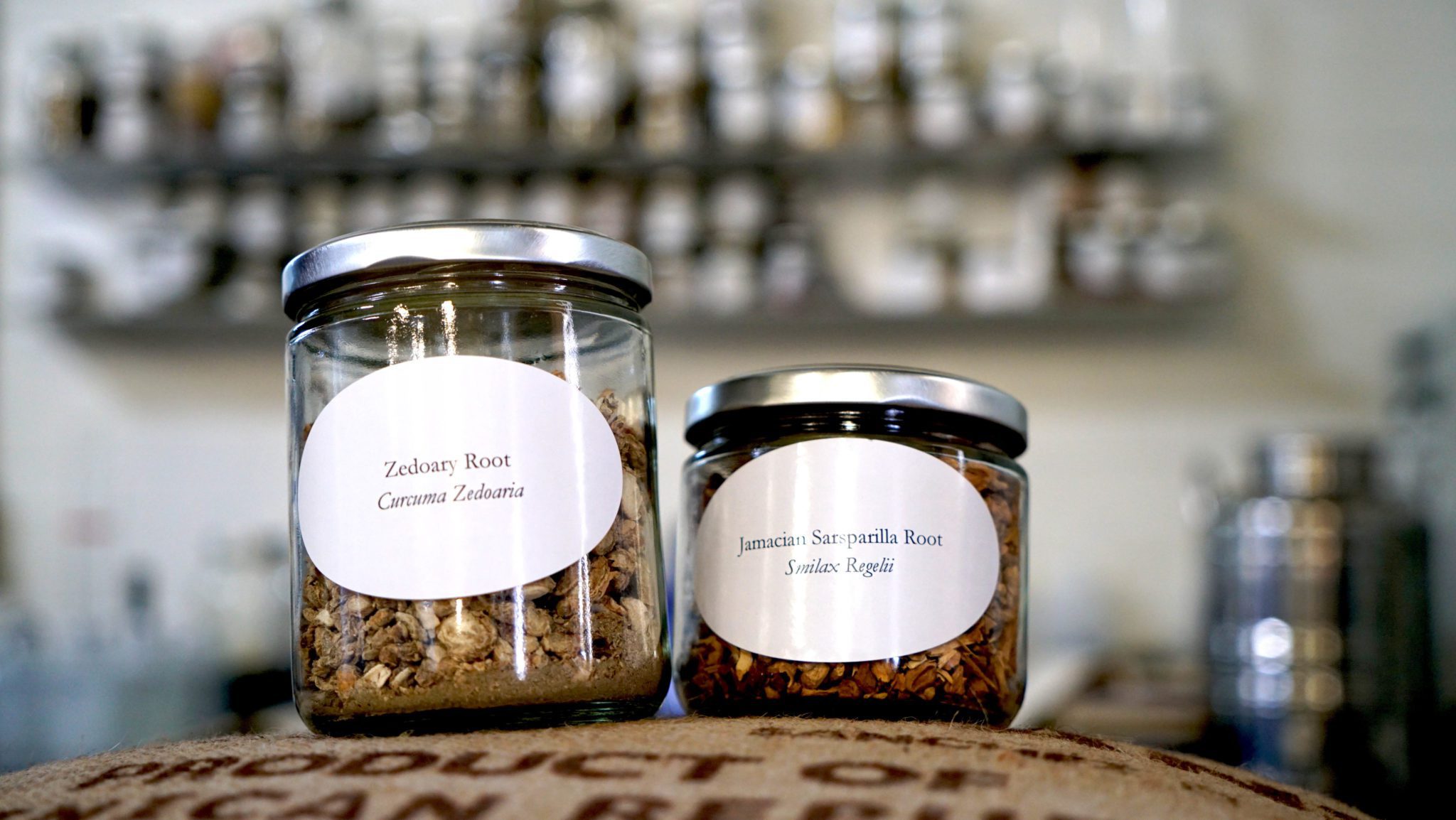 Alan’s favorite drinks are absinth, gin, scotch, whiskey and the list goes on. But although he has several favorites—he is particular about how he enjoys his spirits. “I am a neat drinker. I don’t do complex cocktails. Everything I drink should come out drinkable neat.” And this same passion is integrated into every new recipe so that all of their products can be enjoyed as stand alone spirits. 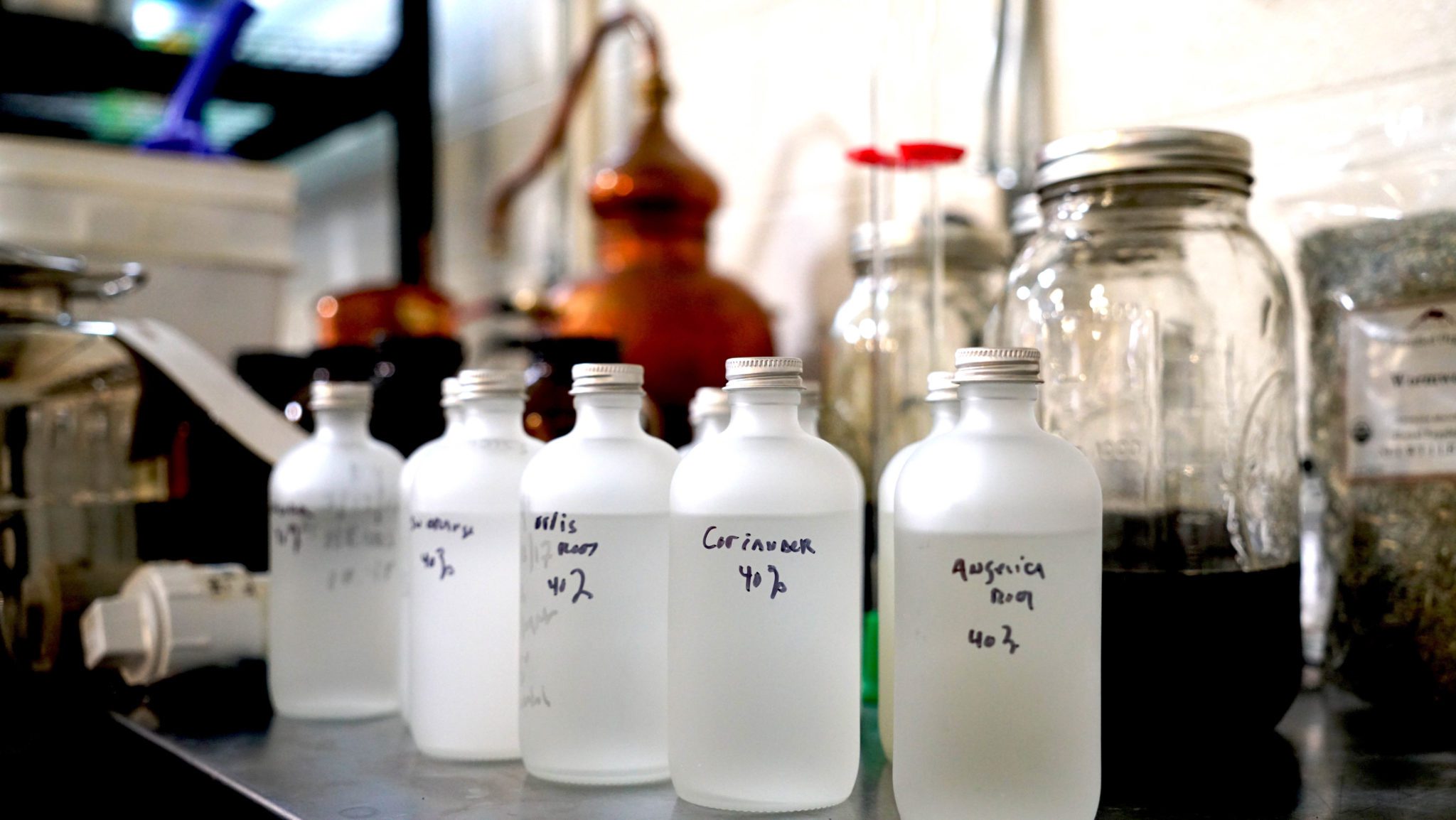 They offer tastings, tours and a package store. They are hoping with their opening, the warehouse area will eventually become Distillery Row. Right now they share the row with Distillery 36 and Kid Curry. 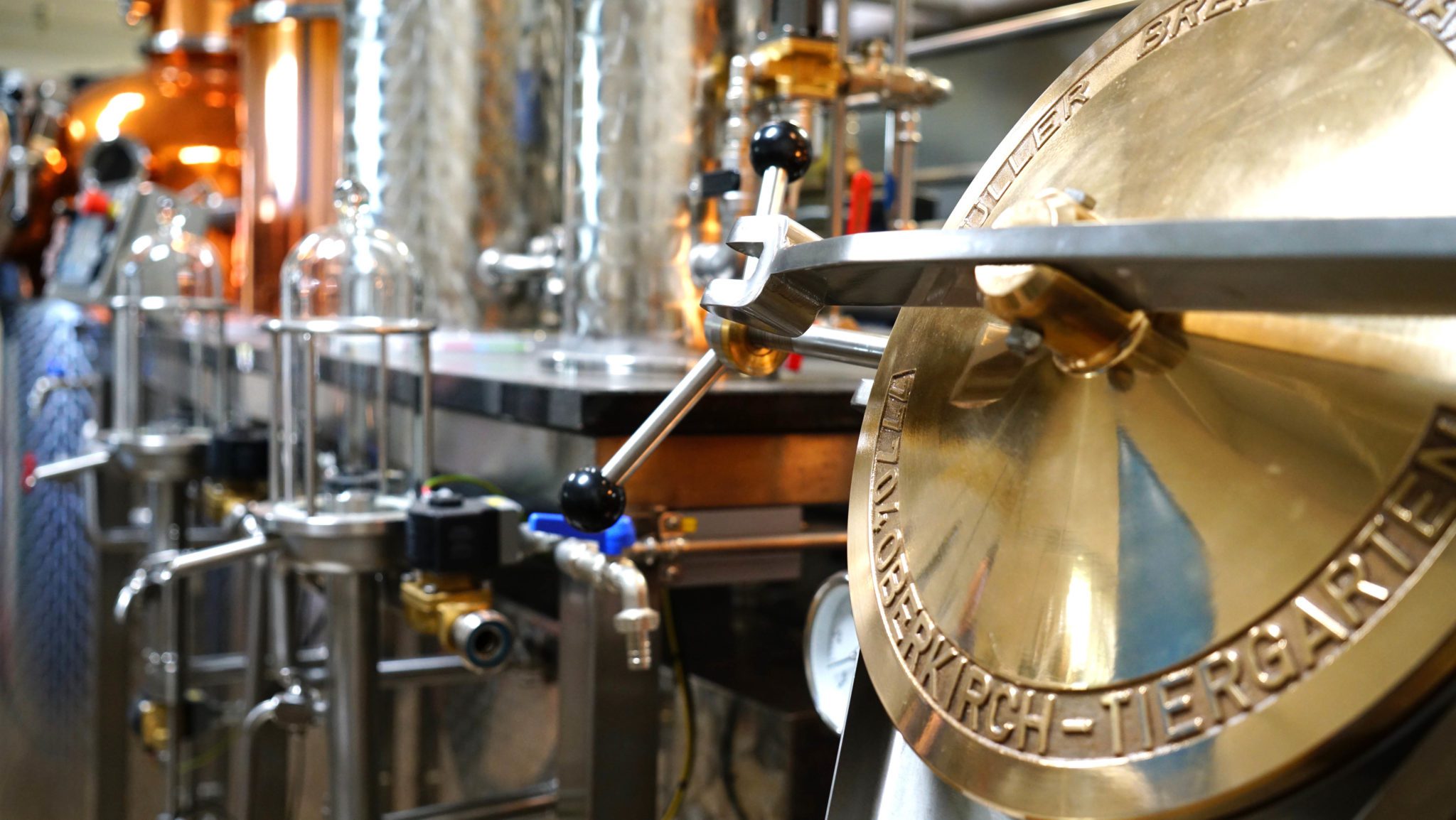