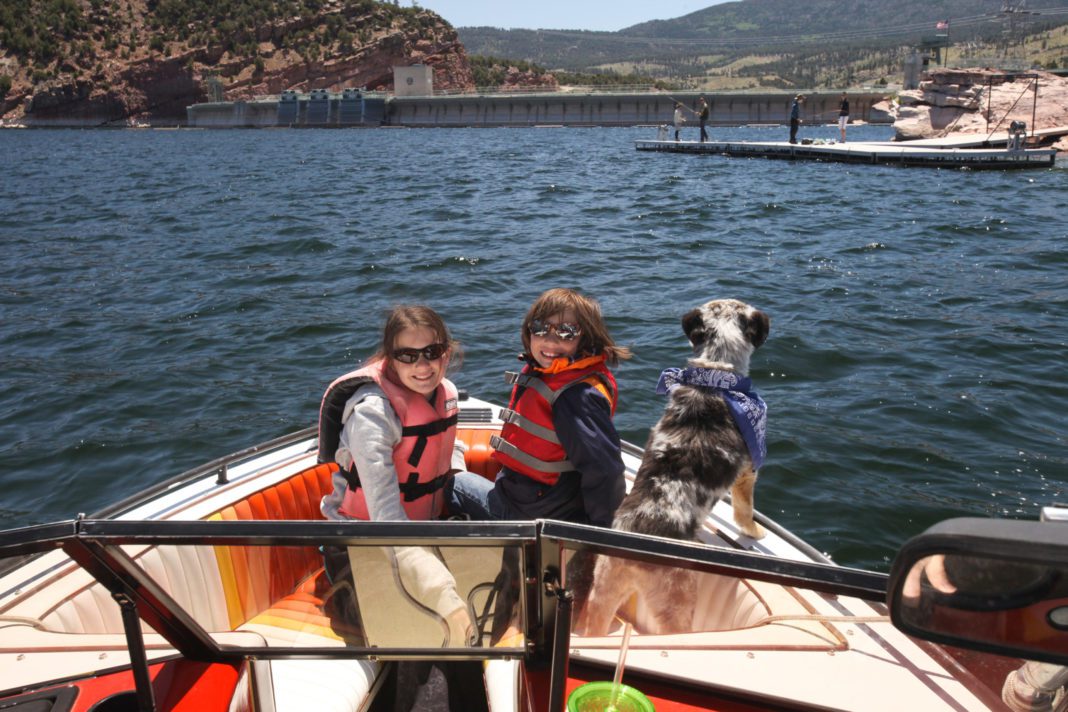 What to Do This Father’s Day (Without Your Dad)

It’s going to be 100 degrees again this weekend, and the last thing anyone wants to do is subject themselves to the heat of the day and heat of the grill under the judgemental eye of their fathers. Instead, ditch the Father’s Day barbeque and beat the heat with one (or more) of the ideas below. “Hey, wait a minute!” some of you might say. “My dad is a cool dad!” First off, thanks for rubbing it in. Secondly, why did you click on the headline if that is really the case? Whatever. I guess you can do any of these things with your dad as well if you really want to.

Seeing my dad shirtless in swim trunks is not something I’m particularly keen on doing this Father’s Day. But a cool, refreshing swim might be the exact thing to abate our summer suffering. If you’re on the north end of the Wasatch Front, there are outdoor, indoor and splash swimming pools at the Kearns Oquirrh Park Fitness Center. Down on the southern end of the Wasatch, there’s Provo Beach’s Flowrider, an indoor wave machine that pumps water under your feet to simulate surfing (or the closest thing you’re going to get in a landlocked state). If you will get a sort of sick satisfaction from seeing your dad wipe out, smashing his face into 30,000 gallons of rushing water, bring him along.

Many all-American dads wouldn’t be caught dead drinking high-end cocktails, especially if it comes in pink. Their loss. A Frosé is a cocktail made to challenge toxic masculinity, typically made from frozen rosé wine and strawberries. Lake Effect in Salt Lake City has a version on their cocktail menu that includes Beehive Jack Rabbit Gin. For a more “macho” frozen cocktail, there’s always the frozen margarita (check out Salt Lake’s list of some of the best margaritas around), but, beware, pops might insist on tagging along for that one.

We’re back to avoiding a shirtless dad in swim trunks but with the added embarrassment of his driving as poorly on the water as he does on the road. For boating and watersports, you really can’t go wrong with any number of Utah’s State Parks. Jordanelle and Deer Creek Reservoirs are local favorites, so you might have more elbow room at Echo State Park in Summit County. It was established in just 2018 but has a history of providing a solid place for camping, boating and fishing. If you’re headed out east, keep going until you hit Flaming Gorge Reservoir, where you can also raft sections of the Green River.

While it was built for the 2002 Winter Olympics, the Utah Olympic Park is a helluva time in the summer as well. There’s the alpine slide, ropes course and the chance to hurl yourself bodily down an Olympic ski jump on an inner tube. Definitely don’t bring dad. Another image we will never want seared into our retinas is that of dad’s combover waving in the breeze as he braves the zipline. Park City Mountain Resort has similar outdoor activities happening throughout the summer season, including the opportunity to cool down on the Mountain Coaster.

Caves are cool. They’re also cool (there’s a dad joke for you). While the trail to Timpanogos Cave in American Fork Canyon might reach upwards of 100 degrees, temperatures inside the cave average about 45 degrees. Southern Utah is also a great destination for underground exploration with the Mammoth Lava Tubes in the Dixie National Forest, near Duck Creek Village. The caves were formed by cooling lava and water within the last several thousand years, creating more than 2,200 feet of passages and tunnels varying in height from full-standing to belly-crawl. Once again, if you experience schadenfreude from watching your dad heave himself through a tunnel on his gut, might as well bring him. But, I think we all know he (and we) would be much happier this Father’s Day if he was left alone to do what he loves: muttering to himself as he putters around the garage and backyard.

For more activities to do without your dad this summer, check out Utah’s must-shop summer markets and our section on outdoor adventures. The latest issue of Salt Lake magazine also features curated a selection of Cabin Fever Cures.

Christie Porterhttps://christieporter.com/
Christie Porter is the managing editor of Salt Lake Magazine. She has worked as a journalist for nearly a decade, writing about everything under the sun, but she really loves writing about nerdy things and the weird stuff. She recently published her first comic book short this year.
Previous article
Road Trip: Colorado
Next article
Embrace Summer with Utah City Celebrations