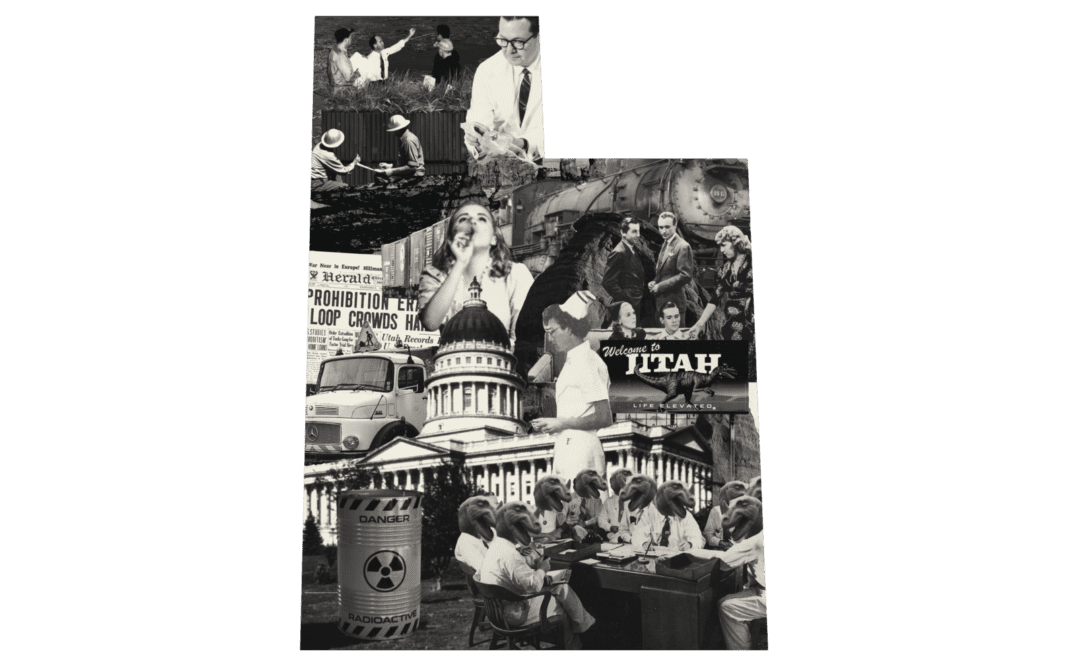 Way back in February 2020 our social feeds were all abuzz with
talk of Inland Ports, legal pot for patients, tax shenanigans in the legislature. Since then, of course, there’s been a lot, of, well, distractions. Instead of Inland Ports, we had an Inland Hurricane. Instead of head-shaking over gerrymandering we had literal ground shaking. Instead of worry over radioactive waste, we got active and took to the streets. Oh yeah, then there’s all that brouhaha about a truly viral virus and one of the wildest election cycles anyone can remember. So we’ve had a lot on our plate, OK? But here at the beginning of a new year, we found ourselves wondering what was going on with all that stuff that suddenly was deemed less important than, um, all the crap that made 2020, truly unforgettable. So to kick off 2021 we take a look back on the semi-forgotten (but not gone) issues of 2020.

The question here is: “Can I get weed?” First. You could always get weed if you knew a guy but you’re way past the age to know a guy. Second, weed from a guy is illegal. So next question. “Does Utah have legal medical marijuana?” The answer is yes, sort of. Back in 2018, the people of Utah passed, handily, Proposition 2. The fact that Proposition 2 even got on the ballot for a vote was, like, a big hassle, man. That’s because way before this particular ballot initiative, in 1998, the Utah Legislature passed a constitutional amendment that made the requirements to get any initiative on the ballot a steep hill to climb. Nevertheless, thanks to an extremely organized and by-the-books effort by Proposition 2’s proponents the initiative made the cut and voters approved it. But still, from the perspective of the legislature it seemed like one step closer to being a little more like California, which we can’t have. The Governor hurriedly called a special session of the legislature to write a new law to replace the law voters had approved. This law, the Utah Medical Cannabis Act is now in effect, with much more stringent requirements for distribution, access and, predictably, Utah state oversight.

Wow! Remember the Inland Port? We were in such a dither about it. Wait. What is an inland port? Well. It’s like a port, which you probably assume is on the sea, with “ahoy matey” type stuff, only it’s on land, inland. Ports (the ocean kind) are full of all sorts of goods from all sorts of places that have to go through a complicated screening to make sure that those shipping containers don’t contain bad things like the opening of pretty much every episode of Law and Order: SVU. An inland port, in effect, creates another “dock,” to continue the maritime metaphor, wherein cargo, legal or SVU-episode worthy, bypasses the seaside and is directed inland via the amazing Interstate Freeway system (thanks, Eisenhower.) This cargo is sealed to be inspected and then released to a Wal-Mart near you. On the “let’s do that” side it gives an overly burdened inspection system a relief valve, creates jobs and economic growth in Utah, and hey, we’re Utah, we finally have a Cheesecake Factory, let’s do that inland port thing, right? On the “WTF?” side it steals jobs and labor away from coastal communities, continues to break unions’ backs (Utah and other inland port nominees are “right to work” states,) adds ridiculously more amounts of carbon into the atmosphere, and creates a goshdarn mess of inbound and outbound traffic in the western desert. It became an issue in the 2019 election of Salt Lake Mayor Erin Mendenhall. (Erin Mendenhall is the mayor of Salt Lake City. What? You’re still on Biskupski?) She ran against a bunch of people including Stan Penfold, a lifer city guy who tried to hold her to account for decisions she made in favor of the port while she was on the Salt Lake City Council. The port seems like a done deal and despite its promises of environmental sustainability there has been little but lip service paid to its opponents concerned about all the unintended consequences a giant international free-trade zone right here in Salt Lake City will generate. Port starts with “P” and rhymes with “T” and that spells “trouble.”

Let’s talk Proposition 4. The anti-gerrymandering initiative. In 1998, Utah’s government (that equals a governor and legislature) got the people of Utah to amend the Constitution of the State of Utah, to make it absurdly hard to get propositions onto the ballot. Again, we didn’t want to be like those weirdos in California. Despite that, in the 2018 election, Proposition 4 came to a vote. It required the establishment of a broad-based, open and transparent committee to oversee future redistricting in Utah to prevent what happened in 2000, the last time Utah’s election maps were redrawn. In 2000, the Republican controlled legislature, which was in charge of the redistricting process, put all the Democrat-leaning areas of Utah into a blender with the rest of Utah and hit liquefy. This has blatantly tipped the scale in favor of Republicans in every election since. Did you know for example that the posh denizens of the Avenues live in a district that includes St. George? And that District 4, where Ben McAdams just lost to Burgess Owens, is basically all of Utah County and a teeny sliver of Salt Lake County? The organization that spearheaded the effort, Better Boundaries, is still wrangling with the legislature to ensure the spirit of the Proposition survives the legislative efforts to water it down.

In the 2018 election three “hey lets us all decide” propositions came to a vote. They all passed. Case No. 3, or Proposition 3 was brought to the people with all the signatures and jumped through hoops to propose that the state of Utah should accept federal funds to expand Medicaid coverage. Utah legislators and its governor have refused many, many dollars in federal funding designated for states under the Affordable Care Act, a cynical ideological decision. Proposition 3, despite efforts by the Utah Attorney General, made it to the ballot and then to a vote and passed not just by a small margin—more than 1.5 million of your fellow citizens were like, “yeah that sounds great.” And the Prop asked citizens to agree to raise their own taxes to cover the gap between the federal and state dollars. So you know what happens next, right? In the 2019 legislative session, the Utah Senate created and approved a bill to repeal and replace Proposition 3. Your filthy federal lucre isn’t wanted here, along with basic healthcare for more than 100,000 Utahns without coverage. Weird math, right?

Energy Fuels, a Colorado-based business that owns the White Mesa Mill in Utah’s stunningly beautiful San Juan County, wants us to let a Canadian company with operations in Estonia ship hundreds of tons of the uranium-containing by product of their rare earth mineral processing operations. We’ve been down this road before. Hello, Tooele? Energy Solutions? It seems like companies everywhere want to store their depleted uranium in the middle of our desert. Why? Because, they think, there’s nothing there. We, of course, know better. There’s incredible beauty there. We need that.

Despite the lock down, construction of new high-rises continues at a startling rate. While the city and county leaders seem to be giving a blank check to developers, lower and middle-income renters are crunched with skyrocketing rents and housing prices. Generally, density in housing is a good thing. It reduces air pollution that comes from less-dense sprawl, it brings a critical mass of people and business to a central area and makes us feel like a “real city.” Still, watching cranes rise to create more tacky luxury apartment buildings with dumb names, granite counter tops and rents starting at $2,000 feels alarming. Sure we want a ‘built city’ but what are we building? Where are the workers for all these future businesses supposed to live? Magna? And while developers are made to include a certain percentage of units for affordable housing, you basically have to be broke to qualify for affordable housing.

Jeremy Pughhttps://www.saltlakemagazine.com/
Jeremy Pugh is Salt Lake magazine's Editor. He covers culture, history, the outdoors and whatever needs a look. Jeremy is also the author of the book "100 Things to Do in Salt Lake City Before You Die" and the co-author of the history, culture and urban legend guidebook "Secret Salt Lake."
Previous article
Sundance 2021: ‘The Pink Cloud’
Next article
Sundance 2021: ‘John and the Hole’