Nelson Mandela, Mikhail Gorbachev, Desmond Tutu and Muhammad Ali are just a few of the people photographer Dana Gluckstein has faced through her lens. She might have considered these iconic portraits the defining works of her career. However, she has done much more. Through Gluckstein’s’ photographs, the same ones on current exhibit at BYU, Dignity: Tribes in Transition, in association with Amnesty International, she helped create the “tipping point” for former President Obama to adopt the United Nations Declaration on the Rights of Indigenous Peoples.

Gluckstein graduated from Stanford in her early 20s with no idea that her art would lead her on a 25-year journey of advocacy for indigenous peoples.

“There were definitely lonely hard times over those 25 years where I wondered what the purpose of the work was, and who would see it. I never knew that my work would become a book, a major exhibition that would tour Europe and the United States and I definitely never knew that it would help create the ‘tipping point.’” Gluckstein says.

The seeds of inspiration for Dignity were planted at a roadside market in Kenya, when Gluckstein photographed a Kenyan man with “tribal markings on his forehead and a torn western T-shirt.” Gluckstein called this image, Tribal Man in Transition, and it ended up being the precursor to Dignity. It is included in the exhibits and books.

“They teach us that the first law of our being is that we are set in a delicate network of interdependence with our fellow human beings—and with the rest of creation,” Desmond Tutu said.

Gluckstein shares this belief. That’s why she helped create a Dignity advocacy campaign in association with Amnesty International. “We had thousands of people writing letters to the administration at the time asking Obama to adopt the UN declaration on the right of indigenous peoples. We were the last country to do so. Our country had vetoed the declaration in 2007, along with Canada, Australia and New Zealand, so I was very happy that our country did the right thing,” she says.

Because of Gluckstein’s valuable work, she was invited  in 2011 to present her work at the United Nations in Switzerland. Gluckstein has also addressed the World Economic Forum on art’s influence on the world.

According to Gluckstein, we each carry a piece of “the puzzle” on this planet, and we are all born to do something and to help someone.

“I think a change starts in our own backyards. There is so much that we can do to be sustainable and to further the future of the planet,” she says.

Dignity: Tribes in Transition will be showing at the BYU Museum of Art until September 29, 2018. 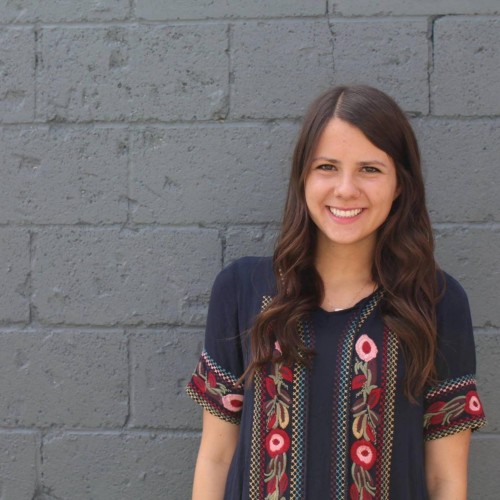