Review: ‘A Christmas Story, The Musical’ at Pioneer Theatre

All around the state, Utahns celebrate Christmas with over-the-top lighting displays and a welcome barrage of snowfall. Of course, the state’s top artists and entertainers take full advantage of the season by putting on cheerful renditions of Christmas favorites. One such production, capturing the magic of the holidays, and nostalgia for tradition is playing now at Pioneer Memorial Theatre, running through Dec. 24 2022, A Christmas Story, The Musical is a Tony-nominated adaptation of the beloved 1983 film. The production features music by Benj Pasek and Justin Paul, the songwriting team for Dear Evan Hansen, La La Land and The Greatest Showman, and choreography by PTC Artistic Director Karen Azenberg. Brought to life by a charismatic kid and adult ensemble, the production is a charming rendition of a Christmas classic.

The musical adaptation of the holiday comedy stays true to the original plotline. It’s a classic tale any Christmas fanatic worth their weight in baubles knows perhaps too well. Set in 1940s Holman Indiana, a young Ralphee Parker, played by the exceptional Mack Boyer, yearns for the ultimate gift—a Red Ryder BB gun. Between Ralphee’s maneuvers to convince his parents and teacher that he WILL NOT shoot his eye out with an air rifle (all bets are off for bullies, burglars and bandits), the audience is led through a series of vignettes relating to the Parkers narrated by Don Noble, playing an adult Ralphee.

Lyrics and music by Benj Pasek and Justin Paul allow the vocals of this talented cast to shine while widening the scope of scenes that don’t get much airtime in the film. Ralphee’s Old Man, played by Danny Bernardy, gives an outstanding comedic performance celebrating his ‘major award.’ Joined onstage by dancing lampshades with fishnet-clad legs and suited men exclaiming their admiration, it was one of my favorite acts of the evening. Other standout songs include, “You’ll Shoot Your Eye Out” sung by Miss Shields (EJ Zimmerman), “When You’re a Wimp,” performed by an ensemble of kids, and “What a Mother Does,” performed by Ralphee’s Mother as played by Stephanie Maloney on the evening I saw the show.

The mixed cast comprising adults and children played well to an all-ages audience. Energetic numbers by kids contemplating if they should alert their teacher to the boy frozen to a flagpole appealed to everyone’s inner child. (Meanwhile, tongue-in-cheek jokes about blue bowling balls solicited knowing chuckles from the adult audience.) I was consistently impressed with the younger cast, who belted out musical numbers and executed choreography with skill.

Scenic designer James Noone constructed a simple set reflecting the modesty of the time. Skeletal frames lower onto the stage to transport the audience from the Parkers’ home, to the bustling Higbees toy shop, and through various singsong vignettes (picture Ralphee heroically battling villains with his deadly Red Ryder BB gun). Costumes by K.L. Alberts were similarly simple and nostalgic—plaid and holiday patterns tying a cohesive thread.

A Christmas Story, The Musical maintains the charm of the film and offers the bonus of musical theater. Told through the innocent lens of childhood, the message is simple: All you need for Christmas is family, festivity AND a Red Ryder Carbine 200-shot Range Model air rifle, with a compass in the stock and this thing that tells time.

A Christmas Story, The Musical runs through Dec. 24, 2022. Find tickets and more information at pioneertheatre.org. 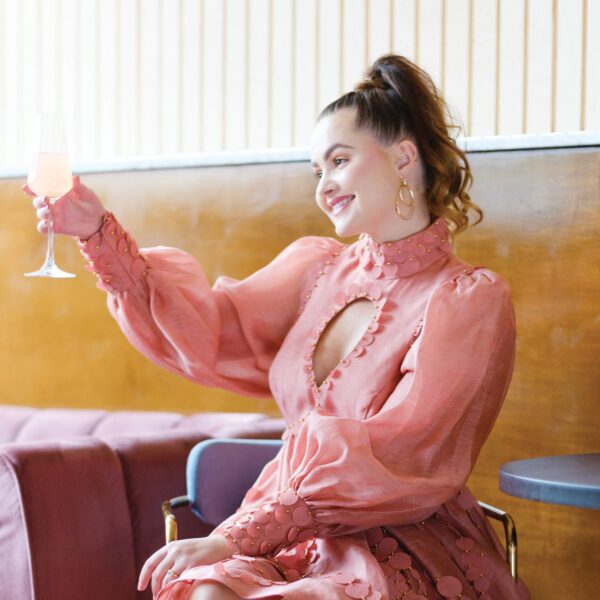 Avrey Evanshttps://www.saltlakemagazine.com/
Avrey Evans is the Digital and the Nightlife Editor of Salt Lake Magazine. She is a contributor to Utah Style & Design and Utah Bride & Groom magazines and has been writing for city publications for five years. She enjoys covering the faces and places of our salty city, especially when a boozy libation is concerned.
Previous article
Sushi Classes with Mint Sushi’s Chef Soy
Next article
Road Trip: Maui