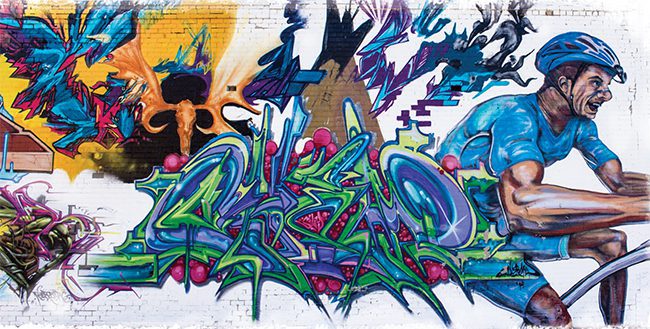 Best of the Beehive 2016: Outdoors

Quickest Escape From the Wasangeles Crowd

The greatest blessing of the Wasatch—access—can also be its greatest curse when you find the trails packed with other weekend warriors. Fortunately, an equally impressive mountain range lies just to the east, the Uintas. Instead of trudging along the Pipeline Trail for your next adventure, head out on Mirror Lake Highway to the Crystal Lake Trailhead and hike towards Notch Pass. Once you’re a mile or two in, it’ll just be you and a few really ambitious fly fishermen taking in the incredible views.

Bryce Canyon Lodge is a fine example of the rustic design of the West’s early national parks and a treasured piece of Americana.  At the only proper lodging within the park, you’ll have unrivalled access to ancient red rock formations, the park’s famous hoodoos, and pine forests for days.The main two-story lodge was built with open log framing and showcases Arts and Crafts details and a massive stone fireplace—where you’ll warm up after a walk under the park’s brilliant canopy of stars.

Some things in life just scream “OPULENCE AND EXCESS!” Enve’s carbon fiber mountain bike parts certainly fit the bill. The price tags they carry may make your eyes water, but all of the Ogden-based company’s products are produced in-house, and they’ve been proven on the world stage under World Champion Downhillers and Elite Ironman Athletes alike.

The Mountain Collective Pass is the traveling skier’s best friend, offering two days at Snowbird/Alta, Aspen/Snowmass, Jackson Hole, Squaw Valley/Alpine Meadows, Sun Valley, Mammoth, Whistler and more for just $399. Sure, the Epic Pass gets all the love for affordable skiing goodness, but we live in an extremely mountain-rich environment with more to offer than just PCMR. Utah is the best, but there’s plenty to see in our neighboring states, too.

All-inclusive ski vacations are pretty difficult to pull off without having Kardashian cash, unless you head over to the Goldminer’s Daughter at Alta. You’ve likely stopped in there for a post-ski refreshment at some point, but you may not know the slope-side building has dorm-style sleeping arrangements and all-inclusive amenities that can clock in at well under $100 a night. Not bad when it’s only 50 yards to first chair.

BOSS Survival School in Boulder run by Josh Bernstein, former host of History Channel’s Digging for the Truth and Discovery Channel’s Into the Unknown with Josh Bernstein, is ideal for anyone who wants to get primitive. These skills—making fire with sticks, foraging wild edibles, crafting primitive weapons, learning pre-GPS navigation skills—might come in handy should you find yourself in a Bear-Grylls-type scenario.

Best Place to Shut Up and Hang On

If you’re a two-wheeled speed junkie, there’s no better way to test your mettle (and your lungs) than Contender Bicycle’s group rides for cyclists of the road, mountain and triathlon varieties. Expect a fun challenge (and a little bit of good-natured smack talk).

Resort Expansion Most Worthy of a Fight

The Wasatch isn’t all that big, and we already have enough ski resorts dotting the landscape. Snowbird’s planned expansion into American Fork Canyon would undoubtedly be good for business, but not so good for those who would like to keep some of Utah’s public lands just that: public. Many of you won’t agree, but it’s important to birddog unfettered development these days. Visit American Fork Canyon Alliance to get involved.

Highest Concentration of People Without Fear

Their slogan is “Red Bull Gives You Wings.” They’d better be right because the folks riding mountain bikes at Rampage earn their pilot certifications in the Southern Utah desert near Virgin. The spectacle is watched around the world, and it’s likely the only place where you can get up close and personal with guys jumping mountain bikes over canyons large enough to make Evel Knievel shudder.

How about a feel-good vacation? Sign on the Trash Tracker—a houseboat on Lake Powell—for a week and be a part of collecting the trash (50,000 pounds and counting!) left behind by Lake Powell’s 3 million annual visitors. At the end of the day, you’ll enjoy cookouts, beach time and the epic scenery found in the Glen Canyon Recreational Area.

Just around the corner from The Wave, there’s a hidden gem that offers stunning scenery in its rock piles (known as “teepees”), arches and fins. While a permit is still required, the oft-overlooked Coyote Buttes South sees far fewer travellers.  Apply now for fall. Enter at Cottonwood Cove or Paw Hole and make sure you stick around for sunset to see the delicate desert colors turn kaleidoscopic.

For a permit: blm.gov

No organization has been more outspoken in Utah’s endless public lands debates and lawsuits than Southern Utah Wilderness Association. And within SUWA, no one more so than Executive Director Scott Groene. Calling Congressman Rob Bishop’s so-called Grand Bargain an “utter disaster for Utah’s wild lands,”  and  “lipstick on a pig and a Trojan Horse,” Groene has led the charge—an all-in media and ground campaign—to raise awareness, gather signatures and lobby on behalf of wilderness.