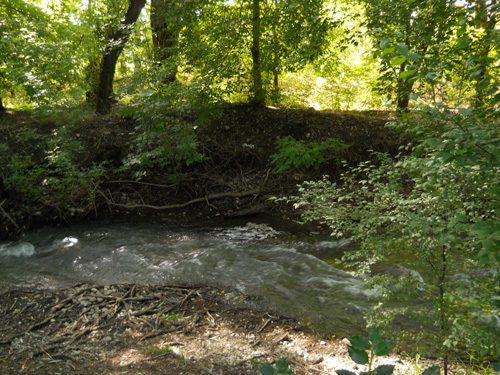 Several must-see sights that should be on any bucket list worth its bucket can be found further afield from Albuquerque (see our post on a road trip to Albuquerque here). A visit to White Sands National Monument and Carlsbad Caverns National Park will take you to the southern part of the state, but your driving time is rewarded with two kinds of white formations.

In the southeast corner of New Mexico, Carlsbad keeps its secrets subterranean. Driving through some unspectacular hills to the incredibly crowded visitor center parking lot, you may not have an inkling of the treasure that lies beneath the surface. You can enter the caverns two ways: by foot or by elevator, a crazy piece of modern technology plunging into eons old Earth. We chose to wander in under our own steam and, unlike most visitors, to wander back out the same way.

The trip down the Main Corridor, along the paved but steep trail, reveals highlights around each corner. A favorite trick is to turn a torch roof ward to watch the shining descents of single drops of water, the minute building blocks of the cave.  Speleothems, or cave formations, include not just stalagmite and stalactite, but draperies, soda straws, columns, flowstone, popcorn and dams, all varying shapes and hues of white. In the midst of all this natural wonder, a restroom, snack bar, souvenir shop and aforementioned elevator are to be found. A constant stream of people and 57-degree temperature await you as you explore.

After driving for three hours, you wind down the huge grade of State Road 82 into Alamogordo, the town closest to White Sands National Monument. In the distance is a giant white expanse, reflecting the sky. Nestled in the northern limits of the Chihuahuan Desert, surrounded by the White Sands Missile Range, this monument is small but special. Upon reaching the visitor center, you may be perplexed to see people in snow pants, toting plastic snow saucers. Juxtaposed with the blazing sun, these sights seem most peculiar. Upon entering the park and driving along Dunes Drive, the attire and accoutrement make sense; massive white sand dunes provide perfect sledding hills, minus the snow.

Photo by Pippa Keene
We timed our visit for sunset colors and good photography light, arriving about 2 p.m. Many parking areas allow you to leave your car and stroll for as far or near as you want. But, as most sand dunes look very much alike, keep an eye on the mountains behind you so you may navigate the way back. Though they may look the same to the untrained eye, there are four distinct types of dunes: Dome, Barchan, Transverse and Parabolic, forms based on wind, sand supply and plant life. After walking for half an hour, a peaceful feeling descends, as there are no other people visible. Shadows of cacti and grasses cast crazy patterns in the waning light while tiny lizard feet leave etchings of hasty passage. The hearty Soaptree Yucca can grow up to a foot a year to keep its leaves above the sand, resting on a sand pedestal once the dune moves on.

Both Carlsbad and Alamogordo have every service you need for your visit. A four-hour drive from Alamogordo has you in Santa Fe, the crown jewel of the state.

To say Maui packs a lot into a little more than 727 square miles is an understatement of irresponsible proportions. Because of its unique...

We take our time rolling up Haleakala Highway, the two-lane highway that scales Maui’s preeminent volcano of the same name. The reason for the...