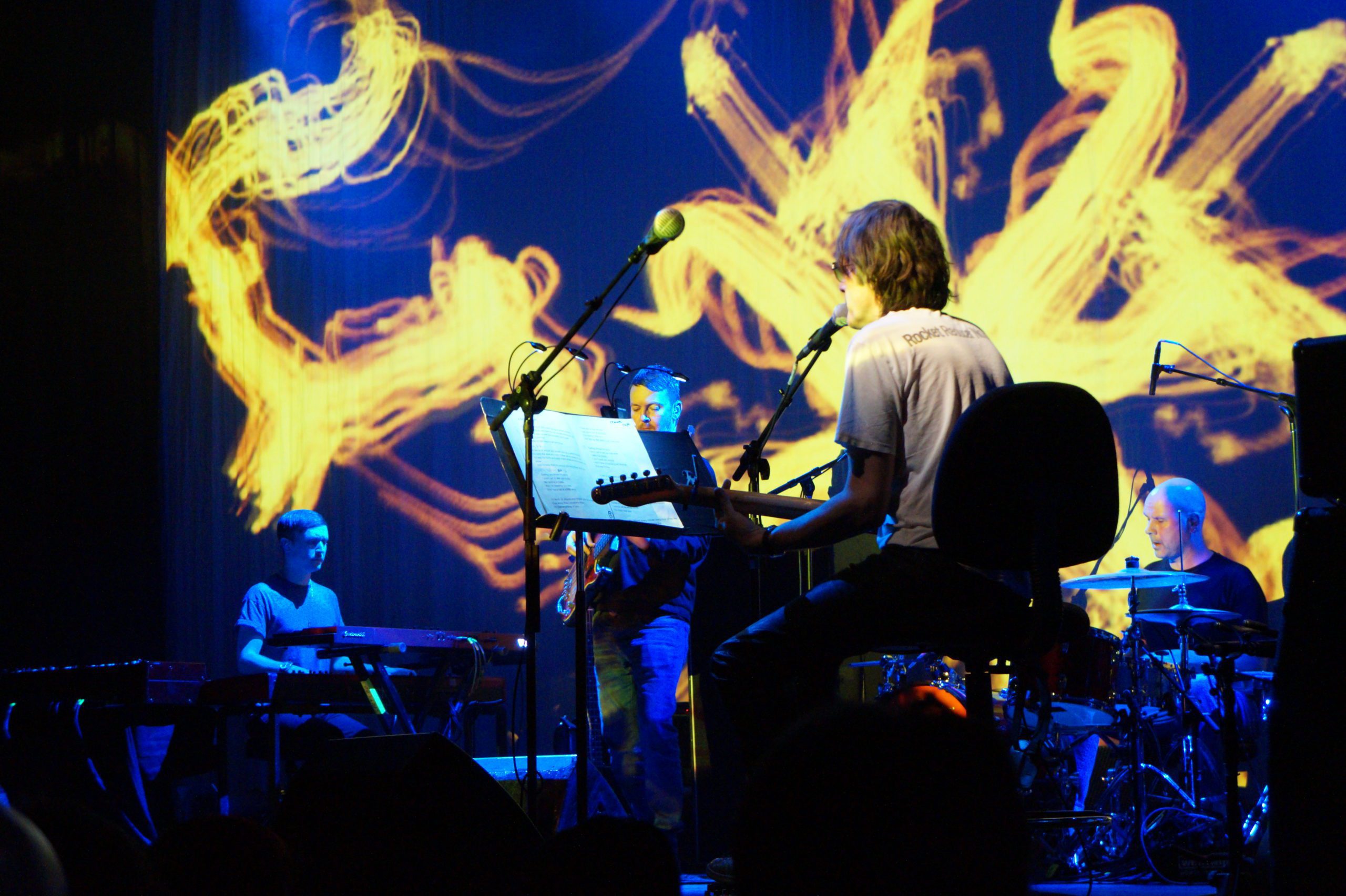 We Got Spiritualized at The Depot

Last Friday, April 5, 2019, at the Depot was a mix of ingredients that made for what felt like a tepid 20-year high school reunion. The show was at 8:30. Doors opened at a responsible 7 p.m: more than enough time for the audience to filter in and take one of the metal seats splayed throughout the hall. There was a lot of flannel-wearing, middle-aged sophisticates engaging in fluttery chatter and laughter. A bartender circulated the room, taking drink orders. Even the drunken heckler who kept screaming some inane phrase considerately wrapped up his spectacle and was escorted out after a few minutes.

Instead of a Spiritualized show, were we at a lounge with a live band? A cozy graduation? A PTA assembly? One couldn’t be totally sure.

Singer/guitarist Jason Pierce came out in sunglasses and went straight to his slightly comfier-looking chair at the far right of our periphery. At least for the first three-quarters of the show (before I left) he did not once acknowledge the people who came to see him, or engage at all with us or his own band – who was scattered on the other side of the stage. Upon recollection, he didn’t turn his head at all. The right side of the room watched his back the whole time. Eyes on his lyrics, he strummed his electric guitar as some neat colors swirled behind him (one nearby observer likened it to a Windows screensaver: not entirely inaccurate). Behind Pierce were three backup gospel singers who conveyed more emotion than everyone else. Too bad they weren’t at the fore of the show.

Maybe Pierce played aloof to maintain an aura of mystery about him? Was that a brand he had to uphold? Again, one could only guess. Before half his set was through, the metal seats had largely been vacated by their previous occupants. Some people socialized at the bar and others were just gone.

There’s the good kind of “weird” show, where maybe the frontman is eccentric but still engaging. Then, there was this one, which seemed to be more of a casual gathering of people who happened to like the same band, the band, who happened to be passing through, so why not, and a good ol’ fashioned time where people could sip their Bud Lights while relaxing their backs and catching up. Which is cool, if that’s what you knew you were heading into. But if you were heading to a venue that is typically known for putting on rock and indie shows with standing room, a feeling of community, and just general excitement, this was not going to be your jam.

To peek more pics from the show, go here. (They were taken sans a photo pit, and therefore with as much possible effort without impeding any of the seated audience’s view. Perhaps they adequately convey the vibe described above.)

Charissa Chehttps://saltlakemagazine.com
Charissa Che was born and raised in NYC and has been a journalist for over 12 years in news and arts and entertainment. She is a music contributor for Salt Lake Magazine. Additionally, she holds a Ph.D. candidate in Writing & Rhetoric at the University of Utah. She prides herself on following the best cat accounts on Instagram. Calicos preferred.
Previous article
“Jazz and Other Drugs” Brings Local Utah Talent to the Fore
Next article
From Sumo to Stone Throwing, FitCon is Back