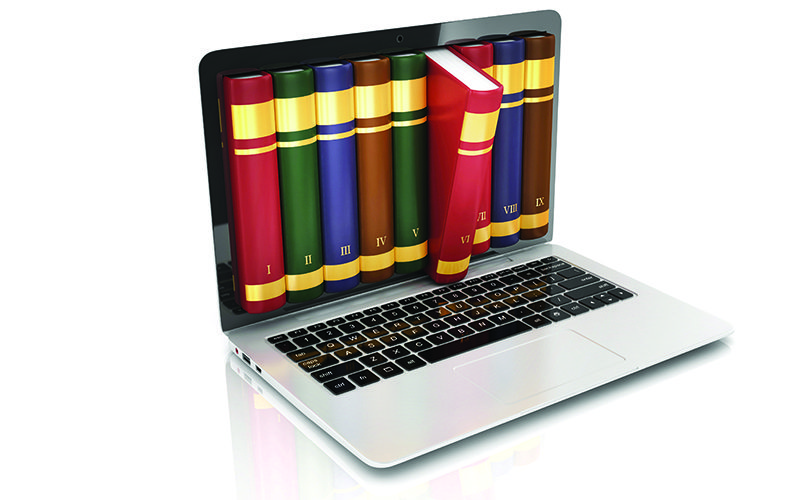 When Peter Bromberg was named as the executive director of the Salt Lake City Public Library in the fall of 2016, he told the community that his initial goal was to simply “listen and learn.”

Addressing a meeting of the Utah Library Association a year after taking the helm of the state’s highest profile library system, Bromberg shared one of the things he’d discovered: The future for libraries in America was going to be “deeply weird.”

To understand that weirdness, we’ve got to take a few steps back. In fact, we’ve got to go back before the creation of Salt Lake City’s library, which was founded in 1898. We’ve got to go all the way back to the moment prehistory became history—a point in time often marked by the creation of the world’s first library—an archive of clay tablets in southern Mesopotamia, some 4,600 years ago. Ever since, libraries are built as repositories of the written word.

When new libraries are designed, and old ones are refashioned, the central purpose isn’t storing books and facilitating research. After all, Bromberg said, “most of us carry around the world’s most expansive library in our purses and pockets.”

So what’s the purpose of today’s library? In no small part, Bromberg said, it’s just to help people keep up.

“The pace of change in our world is exponential,” he says. “Things aren’t just happening faster. The disruptive technologies come faster and faster.”

When Bromberg started his career, he says, library officials would often rely on five-year plans, and that was a good way to figure out what each institution needed to do to meet the evolving needs of its community—often through slight shifts in the types of books carried.

“If you go back 30 years,” he said, “libraries would buy a lot of books and put them on shelves. That’s information, and that’s knowledge. You don’t have the knowledge, but we do, so come into our building with your empty head and check out some books to fill your head with knowledge. That was the model.”

Most of us carry around the world’s most expansive library in our purses and pockets.

Today’s libraries have been rethought with the specific intent of facilitating multiple forms of literacy. This still includes helping people develop a lifelong love for reading, but it also means helping patrons evaluate information they find online, keeping abreast of digital trends, thinking critically about media, understanding the way society is changing and using the evolving tools that are shaping the way we work and create.

For people who have come with the reasonable assumption, built up over millennia, that libraries are all about the books, this can indeed be weird.

It’s not just for patrons. To understand what people need to stay literate in a world that changes so rapidly, librarians are having to come out from behind the reference desk and engage with people in ways that shatter “shusher” stereotypes.

Bromberg’s earliest initiatives include re-training his staff to conduct both quick on-the-spot surveys of library visitors as well as deep-dive interviews with members of the community, all with the aim of getting a steady stream of information about what people need to stay literate amidst rapid change, and even what new kinds of literacy exist.

That requires a different kind of librarian. “If I had to say we’re hiring for one thing, it’s emotional and social intelligence,” Bromberg said. “We need people comfortable walking the floor, proactively approaching people and reaching out to talk to people about their needs, as opposed to sitting behind a desk and waiting.”

Not everyone is going to like that sort of thing. “There are going to be people who are going to say, ‘I don’t want this; it’s not what I signed up for,’ and that’s okay,” Bromberg said. Bromberg’s counterpart at Salt  Lake County Library Services, Jim Cooper, agrees.

“We’re not necessarily looking for real cerebral, introverted individuals,” Cooper said. “A lot of people became librarians because they’re intellectual and a little bit introverted, but we’re not just engaging more within our building; we’re also taking our services outside these walls.”

In a typical week, that might include facilitating programs at homeless shelters, visiting with members of the business community, bringing books and other media to a local hospital or facilitating a story time at a women and children’s shelter. “It’s definitely a repositioning of expectations,” he said.

It’s a shift that Raquel Ruiz welcomes. After immigrating from Mexico, she got her first job with the county library system as a custodian in 2013. “Working there, I really started to fall in love with what libraries do,” she said. “I especially like that we are becoming libraries without walls, where technology is allowing us to provide services to a community that we’ve never had before.”

Within the walls, things are changing too. Ruiz noted that the library provides spaces for “ESL classes, yoga, Zumba and all sorts of other programs.”

He’s seeing that shift happen right now; the county is building five new libraries in the next three years.

But since future needs are so uncertain, Cooper said, and buildings need to be able to last for many decades to come, that means open-space designs that can be flexible to fit evolving community needs.

Subscribers can see more in our May/June 2018 issue. Sign up and you’ll be included in our membership program and get access to exclusive deals, premium content and more. Get the magazine, get the deals, get the best of life in Utah!

Salt Lake Magazinehttps://www.saltlakemagazine.com/
Salt Lake is your best guide to the Utah lifestyle. From food to fashion, travel and the arts, Salt Lake magazine has something for everyone. Follow us on Instagram, Facebook and Twitter @SLmag.
Previous article
Review: Foster the People, Paramore Give Us Rose-Colored Nostalgia
Next article
Best of the Beehive 2018 Winners – Logan