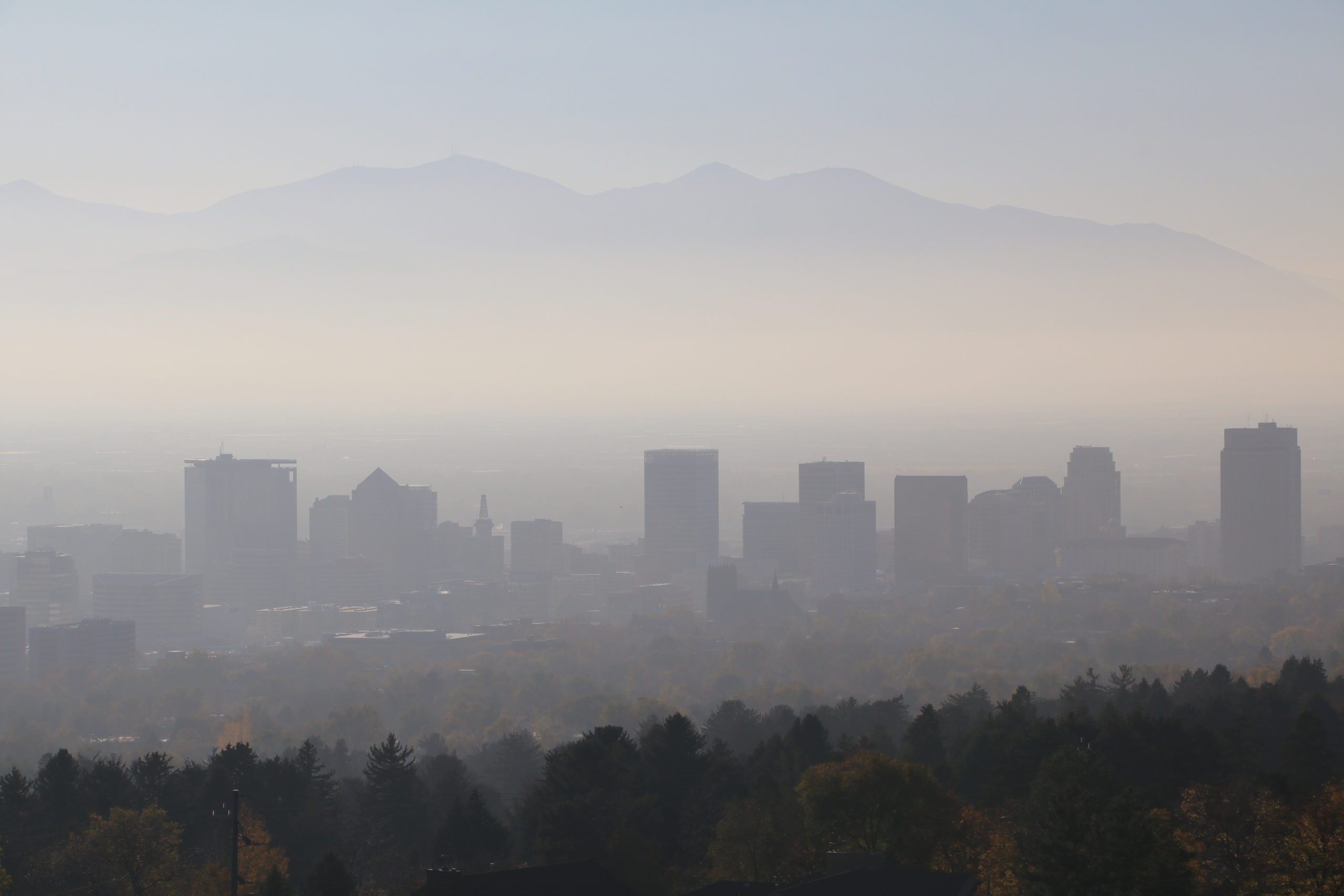 A inversions occur during the winter months when normal atmospheric conditions (cool air above, warm air below) become inverted. Inversions trap a dense layer of cold air under a layer of warm air. The warm layer, coupled with the mountains of the Wasatch Front, trap polluted air in the valley floor. While we can’t control the geography or the weather, we can control what we put into the air during inversions.

It’s Getting Better! (But Not Really.)

Thanks to warmer winters induced by climate change, Utah is actually seeing fewer inversions between December and February. That doesn’t mean our bad-air days are behind us–only that they’ve shifted to summer, which brings air pollution fueled by sunshine and ozone. The summer of 2017 produced some of the highest concentrations of ozone seen on the Wasatch Front in ten years, says Bryce Bird, director of the Utah Division of Air Quality.

In general, we should anticipate things to get worse, not better, and act accordingly. “Our population has grown, with projections that it will double by 2050,” says Jessica Reimer of policy group HEAL Utah. “There are more cars, homes and facilities being built and driven. It means that not only should we, as individuals, start to pay attention to how our behaviors impact air quality, but also that our policy makers and regulators must develop policies that encourage and incentivize those behaviors. Air quality affects everyone, and we all must take ownership for cleaning it up.”

While it may seem like individual efforts won’t make a difference in reducing high particulate levels during inversions, if Utah residents reduced the emissions produced in the course of their daily lives, the collective impact on air quality would be significant.

Unfortunately, air quality is one of those resources that is subject to the tragedy of the commons: When no one has direct ownership over a resource, then no one takes responsibility to keep it healthy; finger-pointing ensues. A common refrain in the air quality debate is “Blame Kennecott,” a notion that refineries and mining are the biggest contributors to poor air quality along the Wasatch Front. When we see large smokestacks spewing thick smoke, it’s easy to buy into the delusion that our little cars, in comparison, aren’t the real problem.

“One of the biggest misconceptions about air pollution along the Wasatch Front is that it is primarily due to industry,” says Reimer. “While the refineries and Kennecott do contribute–they produce about 13% of the pollution–the main sources are our cars, trucks, homes and buildings. 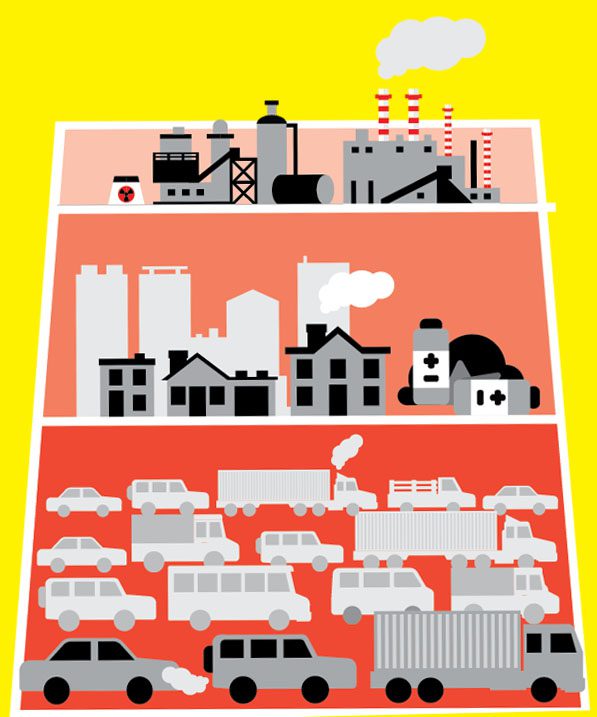 The Wasatch Front produces 320 tons of pollution each day.  Where does it come from?

Read more about: Utah’s Air Quality  | Villains with Dirty Faces | Don’t Fall For This Smokescreen | A Driving Force for The Better | Down with Pizza Ovens

Glen Warcholhttp://www.saltlakemagazine.com
The late, great Glen Warchol passed away in 2018. His last billet was on the editorial staff here at Salt Lake magazine but his storied career included stops at The Salt Lake Tribune, The Desert News, The New Times and others. His stories haunt this website like ghosts in a machine and we're always happy to see them. RIP Papa Warchol.
Previous article
Reel Cold: The Adventure of Winter Fishing
Next article
Utah's Bad Air: Villians with Dirty Faces