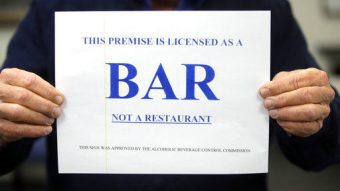 Remember these much-mocked signs required by the Utah Legislature? (We especially enjoyed the variant, “This is a Government. Not a Church.” Of course, it all stemmed from the Byzantine (and I don’t use that word lightly and am aware of the cliché) laws and permits required to open a bar or restaurant in Utah.

A slight change to the ridiculous signage rule doesn’t really clear it up. Now the signs must read: “This is a bar” and “This is a restaurant.” Never the twain shall meet, except when they do at Scott Evans’ newest concept, replacing his Spanish Tapas spot, Finca. Now, it’s two entities: the restaurant, George (“This is a Restaurant”) and the adjacent watering hole, Bar George (“This is a  Bar”). The address is the same but the interior, which was too big anyway, has been divided into Bar and Restaurant sides.

Contrary to common belief, restaurants don’t make all their money on sales of alcohol. That is true in other states, where restaurants get a resell discount on what they buy, allowing a reasonable margin when they mark it up for consumer pricing. But in Utah, restaurants and bars pay retail prices (same as you and me), making it impossible for a traditional retail “keystone” markup. And making it hard to make a living as either a bar or a restaurant.

Thus, Bar George/George is another of the hybrids that we’ve seen seen open in Salt Lake City over the past year: Post Office Place, White Horse, London Belle, Lake Effect and Caffe Molise/BTG all have chef-driven menus that have made them food destinations as well as bars. Basically bars are becoming good restaurants and deftly sidestepping the silly signage rule.

I got a chance to join a tasting at Bar George last night. Evans hasn’t quite thrown all the Spanish flair out. There are tapas-style small plates on the menu, including Spanish classics like shrimp in garlic and Finca faves like mushrooms and ricotta on toast. 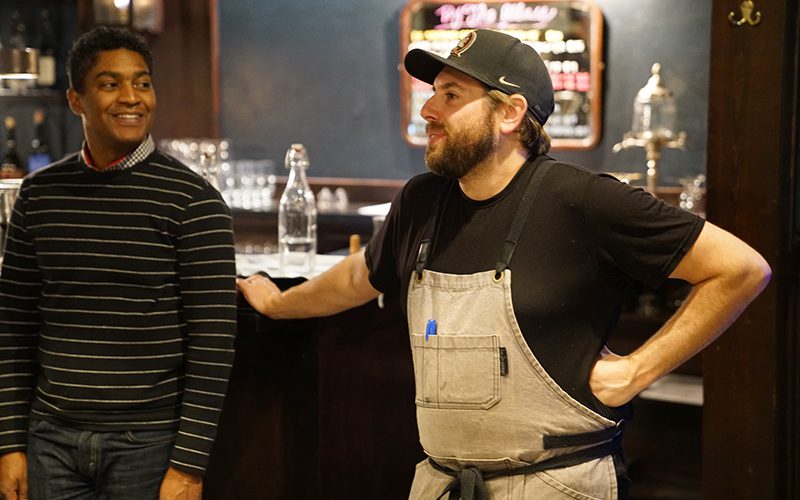 But Chef Phelix Gardner (above) has broadened the inspiration for the list of dishes.

Some seem bizarre—cheeseburger egg rolls? But Evans assures us this is a common Philadelphia treat—others reflect Gardner’s southern roots—fried chicken, of course (which we didn’t taste) and his imagination—the fried cauliflower po-boy was a genius adaptation. 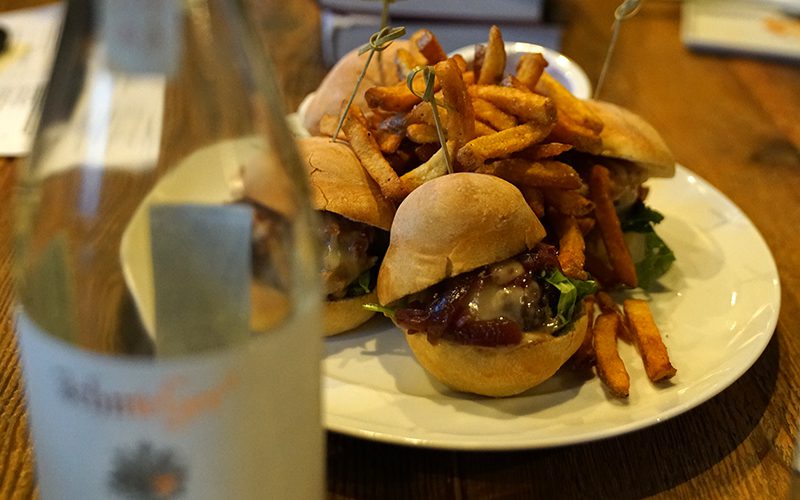 Added beef tallow and Caputo’s aged taleggio give a rich stinky-cheese aroma to the beefy slider. 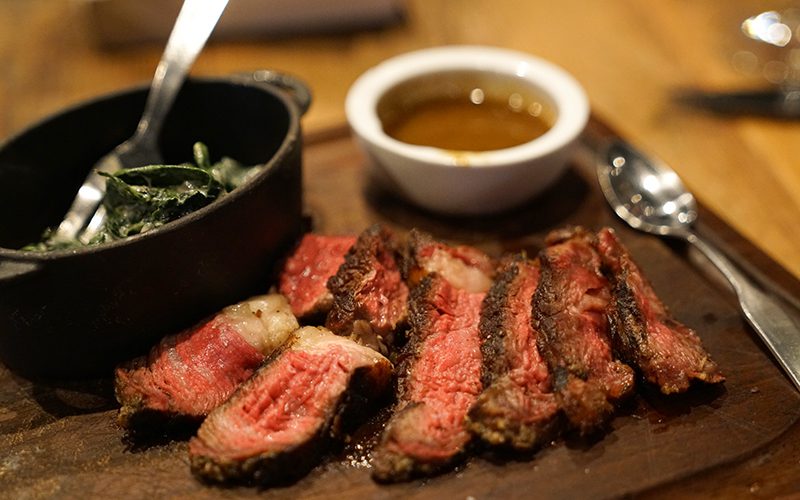 Slow smoked beef was beautiful but over-salted (a constant problem on the plate everywhere these days—is this chefs equal and opposite reaction to the no-salt ’90s?) 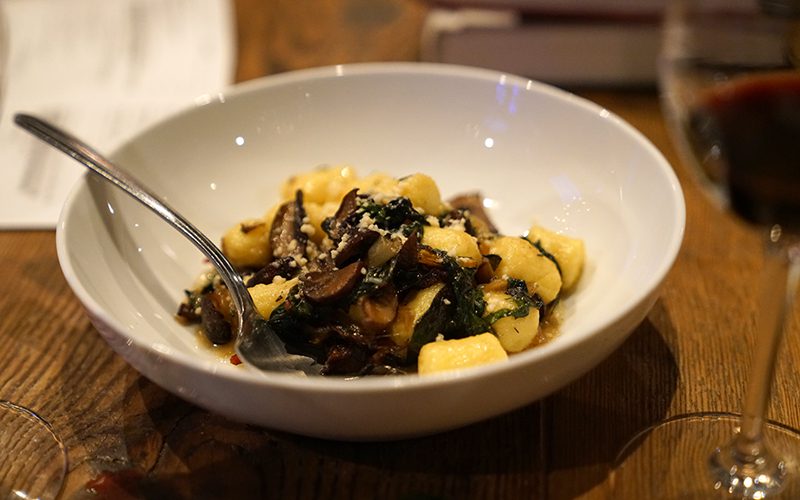 And what can I say? Gardner has a way with gnocchi. George’s version with roasted mushrooms and spinach, were as sublime as I can imagine. 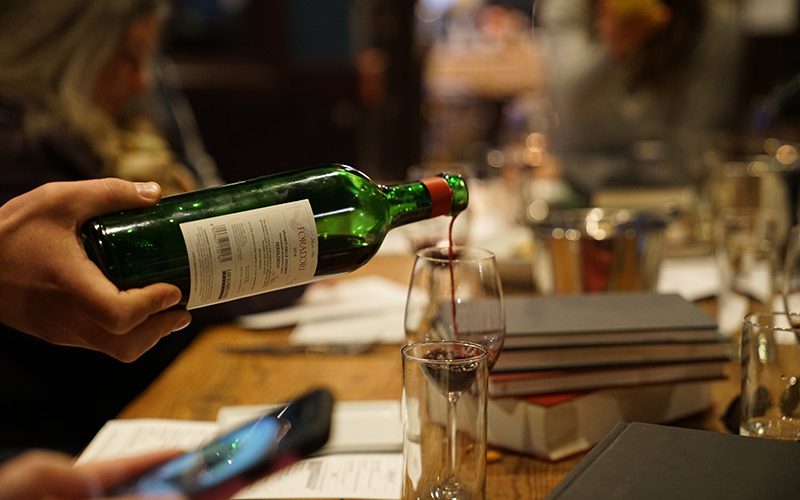 Of course, to Scott Evans the oenophile, the wine list is the most exciting thing—he served lots of natural wines, some highly allocated wines, wines from the Canary Islands and a red from Alto Adige. Most of them I’d never tasted before.

Look for a full review in our Dining Guide soon.

Mary Brown Maloufhttps://www.saltlakemagazine.com/
Mary Brown Malouf is the late Executive Editor of Salt Lake magazine and Utah's expert on local food and dining. She still does not, however, know how to make a decent cup of coffee.
Previous article
LGBTQ+ Celebrities and Allies ‘Ignite’ Utah Youth
Next article
Summit County Combats Opioid Crisis