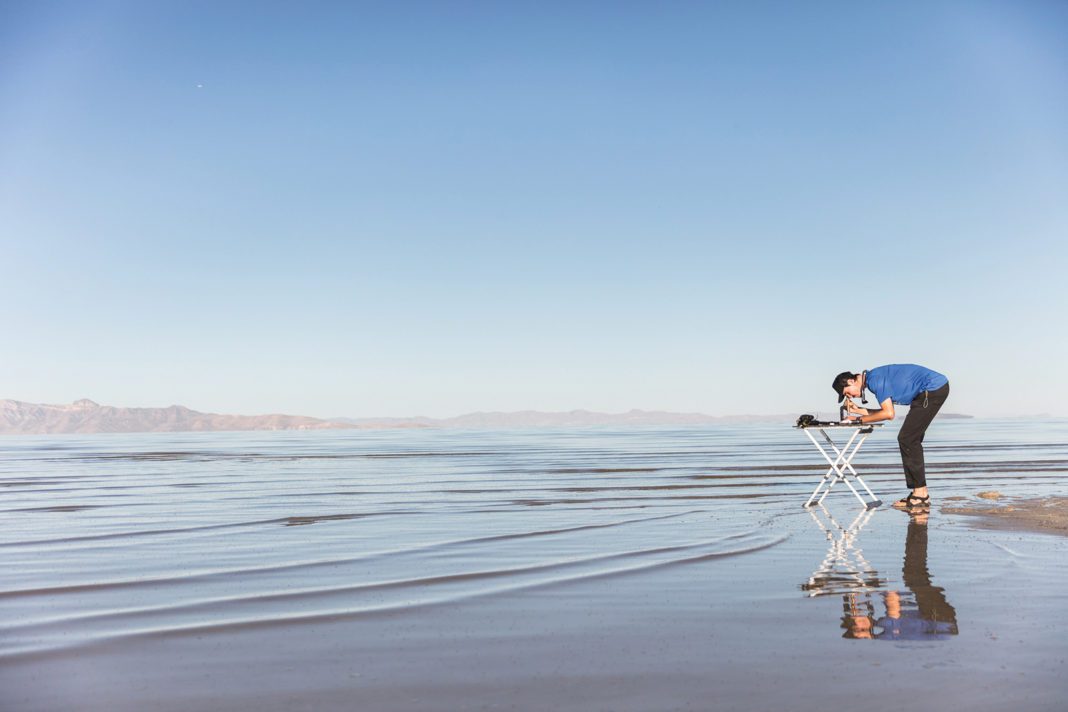 From The Great Salt Lake to Mars

Jurassic Park’s fictional scientists reconstituted dinosaurs from T-rex DNA preserved in amber. We watched as a thin needle bored into the amber’s smooth surface, accessing the precious biological matter stored inside. While we haven’t (yet) reconstructed the DNA of dinosaurs to breed them back into existence, the idea is based on real science. It’s markedly similar to how the Mars 2020 Perseverance Rover could find signs of life on Mars, and it connects to the study of ancient microbial organisms at The Great Salt Lake. Yes. The one here. In Utah.

The historic landing of Perseverance on Mars’s beautiful Jezero Crater represents one more small step in the lengthy journey to put human boots on the red planet. The rover is conducting trials of instruments that future explorers will use to traverse the Martian terrain. Perseverance does this while carrying out its primary mission: seek signs of ancient life.

Dr. Bonnie Baxter is a professor of biology at Westminster College in Salt Lake City and Director of Westminster’s Great Salt Lake Institute. She has studied microbes encased in minerals at the lake for more than a decade. “When minerals form, they have these little fluid pockets inside,” she says, demonstrating with a coin-sized salt crystal. When she tilts the crystal, a bubble slides beneath the transparent surface. “All of the microbes living in the water at the time can be trapped inside these salt crystals.”

We’ve been told that Mars is the planet most like Earth. And Utah is the place on Earth most like Mars. (Just look at all that red rock.) So it seems appropriate that the Mars Desert Research Station (MDRS) is located just outside Hanksville, Utah, near the San Rafael Swell. The “astronauts” never leave the Earth; their job is to simulate what life could be like if/when humans ever get to Mars.

These microbes can be hundreds of millions of years old, left behind in salt beds as the lake dries up. “What we’re finding is these salty microbes can survive all that time,” says Baxter. “They go into some kind of sleep, like a Rip Van Winkle phase.”

The Great Salt Lake and Bonneville Salt Flats have served as a stand-in for alien landscapes in film and TV, and now, in another example of art imitating real science, it’s served as the proving ground for the real thing. “Jezero Crater, where Perseverance landed, is an ancient lake,” explains Baxter. “As water disappeared on the surface of Mars about 3.5 billion years ago, life was erupting on Earth in the form of microbes in bodies of water. Mars would have looked very similar to Earth at that time—with oceans, seas and lakes.”

What happened to Jezero Crater billions of years ago could mirror the same thing that happened to Lake Bonneville as it evaporated to form The Great Salt Lake, which is essentially “a puddle left behind at the bottom of the bathtub,” Baxter says.

Baxter’s work with the Great Salt Lake Institute garnered the attention of NASA’s Jet Propulsion Laboratory (JPL) in Pasadena, California. She says, “Because we’d been doing this work, and the Lake Bonneville to Great Salt Lake transition is such a wonderful analogy for what happened at Jezero Crater, JPL asked me if they could use the Great Salt Lake to test samples and do some experiments on what kind of signatures of biology are leftover in the salt.”

Great Salt Lake Institute hosted and aided JPL scientists in the fieldwork that allowed them to develop special equipment for the Mars 2020 Perseverance Rover—ultimately, providing invaluable support to the rover’s mission of seeking out ancient life and collecting samples for a possible return to Earth. Great Salt Lake Institute also collaborated with JPL on three publications surrounding their work.

Baxter’s hypothesis: If there was life on Mars in a lake at Jezero Crater, then those microbes became salt-tolerant microbes (adapting to the water’s increasing salinity as it evaporated). When the water was gone, it would have left behind a salt flat at the bottom of the basin with the microbes trapped in the minerals, just like the ones at The Great Salt Lake. “And I’d like to look inside those fluid pockets,” she adds.

The microbes on Mars in this hypothesis would be billions of years old by now, not a measly 250 million years old like the still-living microbes found at The Great Salt Lake. “Billions of years is a big ask to find existing life,” she says. But, as we all learned from Jurassic Park, life often finds a way.

“There might still be signs of that life. It probably left some biological molecules behind.” That’s what Perseverance is looking for, “life signatures” like DNA. “If we find those signatures,” says Baxter, “we would know that biology had been there.”

While you’re here, check out our latest print issue.

Christie Porterhttps://christieporter.com/
Christie Porter is the managing editor of Salt Lake Magazine. She has worked as a journalist for nearly a decade, writing about everything under the sun, but she really loves writing about nerdy things and the weird stuff. She recently published her first comic book short this year.
Previous article
Avalanche Fences Above Park City Gated Community Spark Controversy
Next article
Dress Like It’s 2001

The Bay of Banderas