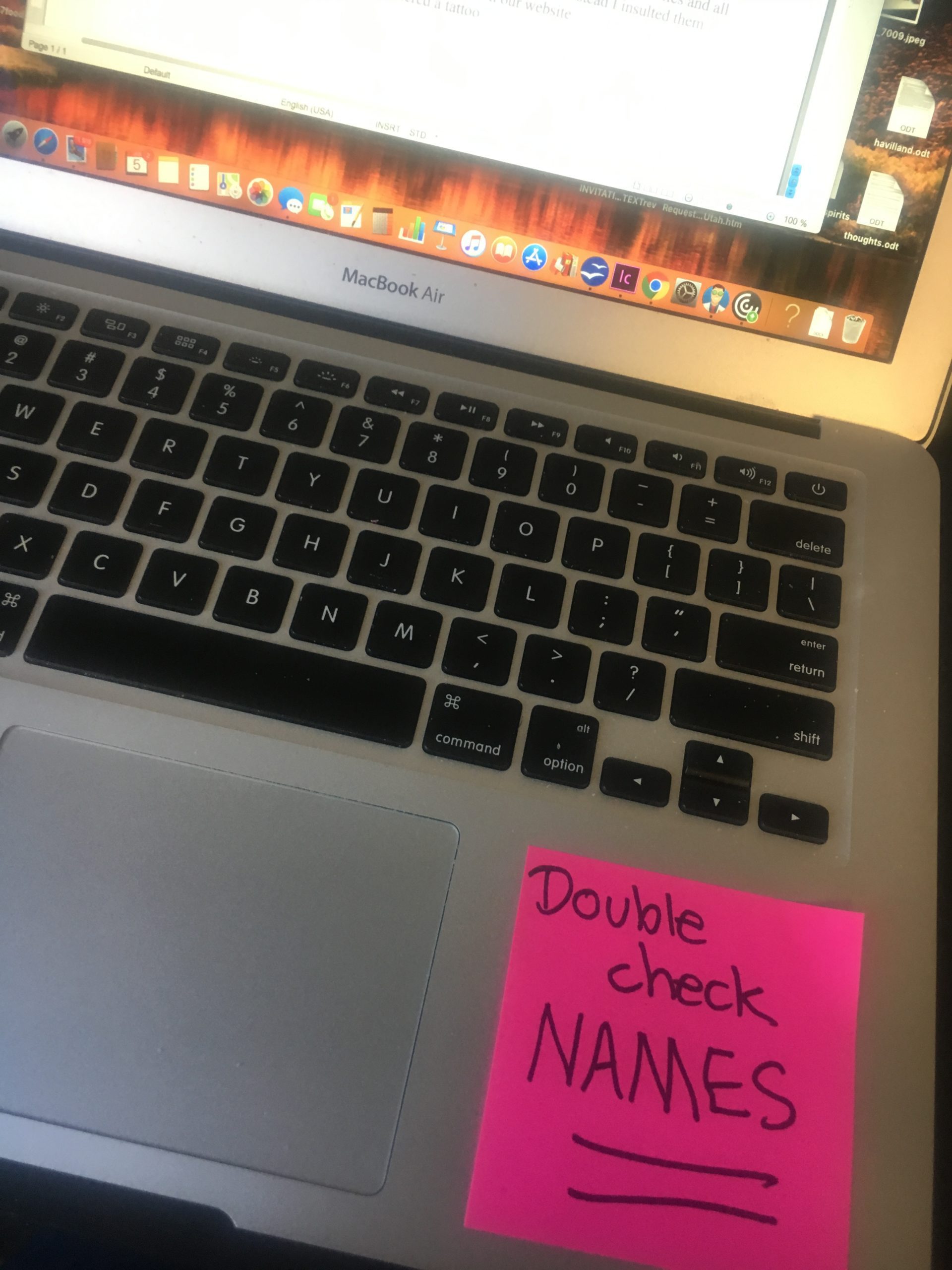 Get people’s names right.
It’s the first rule of journalism and it seems like the stupidest mistake that a writer can make. But it happens. And I’m guilty. In the current issue of Salt Lake magazine, we published a fairly lengthy (in the 140 character age) of my interview with Gregory Skedros, founder and owner of Mandarin Chinese Restaurant in Bountiful. His story is fascinating and heartwarming.

But, I called him George.

I don’t know how my brain made that stupid mistake. I have the name written correctly in my notes. Somewhere between my reading brain and my typing fingers, Gregory became George. In this straitened journalistic time of no copy editors and no fact checkers, I write with no net. That’s no excuse, of course, but that is the reason those positions were invented in the first place. Writers get caught up in the tale they are telling and make errors in grammar, punctuation and even facts. And it’s extremely difficult for a writer to proofread their own work. We just read what we think we wrote.
All I can do is offer huge apologies to Gregory, his daughter Angel Manfredini, their families and all the people who love Mandarin I truly intended to honor him and them and instead I served up an insult.

Read the article anyway. It’s correct in our digital edition and on our website.
From now on, the Post-it in the picture above lives on my keyboard.

I considered a tattoo.

Mary Brown Maloufhttps://www.saltlakemagazine.com/
Mary Brown Malouf is the late Executive Editor of Salt Lake magazine and Utah's expert on local food and dining. She still does not, however, know how to make a decent cup of coffee.
Previous article
Insidious: The Last Key: But not the last one
Next article
'Go West' at UMFA Offers Alternative American History.