“Coming together is a beginning, staying together is progress, and working together is success.” So said Henry Ford, the 19th-century industrialist who, apart from that, has nothing to do with this story. But the collaborative spirit he spoke about applies, albeit in a more creative way, to artists and tour-mates Sharon Van Etten, Angel Olsen and Julien Baker.

At the most recent Pitchfork Music Festival, Sharon Van Etten joined Angel Olsen onstage to perform “Like I Used To,” a song they recorded—backed by members of Dawes, Death Cab for Cutie and The War On Drugs—and released as a single in May 2021. Meanwhile, Julien Baker has recorded and performed with Boygenius, her indie-rock supergroup with Phoebe Bridgers and Lucy Dacus, who reunited last November to play a benefit for the Bay Area nonprofit Bread & Roses Presents.

Now comes The Wild Hearts Tour, which finds Olsen, Van Etten and Baker touring together, each with their own bands, over the course of the next two months. The tour kicked off July 28 and will stop by Salt Lake City on Aug. 6 as part of the Twilight Concert Series.

The three musicians have, at various points in their careers, gravitated toward a variety of genres—Olsen is often identified with alt-country, Baker with indie-rock and Van Etten with folk-rock singer-songwriters—but none of them have never been easily pigeonholed. And while they have no current plans to record or perform together as a trio, the musicians don’t rule out the possibility of that happening at some point in the future.

“What I love about this tour is that it wasn’t forced,” said Van Etten. “We are all just mutual fans of each other, and I genuinely look forward to hanging as friends when we aren’t up there on stage. I know our schedules are super busy, but I imagine the tour will only lend itself to be inspiring for us all.”

In addition to fostering a sense of community, the three musicians will also use their tour to promote a more specific cause. $1 from each ticket will go to A New Way of Life Reentry Project, a nonprofit dedicated to helping women rebuild their lives after incarceration.

“During COVID, I took a sociology class at a local community college, and my professor shared a video of an interview with Susan Burton, in which she talked about her memoir Becoming Ms. Burton,” said Van Etten of the nonprofit’s founder. “Her mission to help formerly incarcerated women reenter society—to have a safe place to live, and to find the support they need to remain clean, find work, reconnect with family, and begin their lives again—was very moving to me, and I found it very inspiring. So I wanted to share her story and her cause, to help spread the word on what a beautiful path she has forged and how many lives she has saved.”

Meanwhile, the overturning of Roe v. Wade—along with Supreme Court Justice Clarence Thomas’ vow to “revisit” gay rights and contraception rulings—makes feminist author Carol Hanisch’s claim that “the personal is political” more relevant than ever. For progressive artists, that means facing the challenge of balancing self-expression, personal privacy, and the desire, as public figures, to bring about positive change.

Olsen, who came out on Instagram in 2021 by posting a slideshow of her girlfriend—along with the four-word caption “My beau, I’m gay”—knows that feeling well.

“I do think that the way we live our lives is political,” she said. “But sometimes the cascade of information that’s put into the universe from what we’ve made, and the way it’s filtered, creates its own story that’s often out of the hands of the original intent. But though it changes so much, it’s an interesting way to see what people hear, what people want, or are collectively gathering— not just about your work, but about themselves through it. And I think that can be a very enlightening process, a kind of glimpse of the current zeitgeist.”

While Olsen came out in her mid-30s, Baker did so at the age of 17, which is no small feat when you’re growing up in the Tennessee Bible Belt and are genuinely terrified of eternal damnation. To her amazement, her father responded by showing her biblical passages that indicated she would not be going to hell, while her worship pastor’s reaction was no less surprising. As Baker would put it in an interview with this writer three years later: “I’m sitting there shaking, like ‘I have something to tell you, I have to be honest, I’m gay!’ And she just said, ‘So?’”

Like many singer-songwriters, Baker, Olsen and Van Etten all got their start as solo acts, but have since broadened the scope of their music as well as the people they work with.

“I’ve learned to be more open over the years,” said Olsen. “And I think that comes with feeling that I have established my own personal style that has its own footing. It was definitely more difficult to collaborate starting out—out of fear that I didn’t have enough material to be my own person in the process. Now I’m at a place where I feel free to try out anything I can. And it’s more fulfilling to sing harmonies with people and share in our differences.”

Van Etten expresses a similar sentiment when speaking about the “Like I Used To” single. “I initially reached out to Angel about this song because I felt like it was a song she would have written. It was such a sweet back and forth of lyrics and harmony…I would love to work on something again with her.”

As for the possibility of a Wild Hearts recording, Van Etten is also optimistic. “I love watching Julien and Angel perform,” she said. “I hope we can all be in a room together one day to write music together. I have no idea what it would sound like, because our styles are very different and we draw from different influences. But I think it would be something really special.” 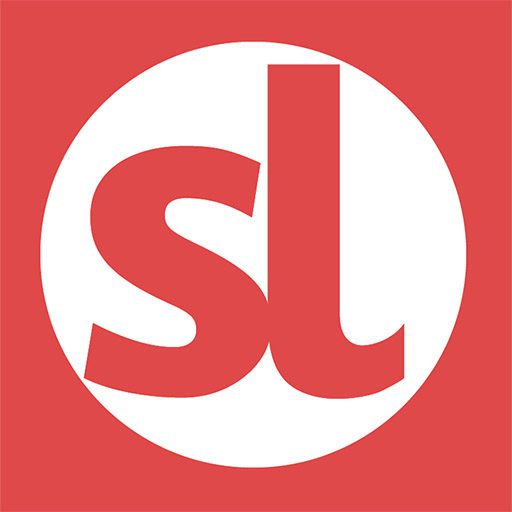 Bill Formanhttp://saltlakemagazine.com
Bill Forman is the music and film editor of the Colorado Springs Indy, as well as the former editor of Tower Pulse Magazine and news editor for the Sacramento News & Review.
Previous article
Review: O.A.R. and Dispatch With G. Love at Red Butte Garden
Next article
Lukas Nelson and Promise of the Real Come to Sandy Amphitheater