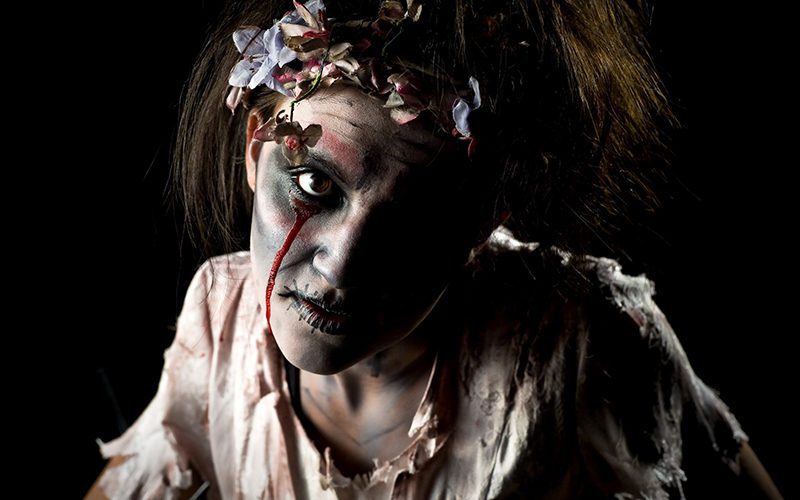 If you are one that does not like Halloween this show is not for you. However, if you are a Halloween lover as many people are, especially here in Utah, this should be on your list of Halloween traditions. According to The Balance and the National Retail Federation there will be 175 million people celebrating Halloween this year, with each person spending $86.79 per person (a record year) and total spending for the Holiday this year of $9.0 billion. It is the second biggest Holiday for decorating after Christmas. With these statics it is even more reason to make Thriller by Odyssey Dance Theater part of your Halloween celebrations.

I have attended Thriller for years at Kingsbury Hall and in St George at the Tuacahn Amphitheatre. Both are really great places to see Thriller. This year was no expectation as I attended Thriller at Kingsbury Hall on October 15th, in fact I thought it was the best one I had seen, as it gets better each year. A few of my favorites are Curse of the Mummy, the Mummy and music are spot on, but really can you ever go wrong with the Tom Jones version of Kiss? Frankenstein & Frankenstein is always wonderful, and I am always astounded on how limp Frankie can be as she it “tossed” around the stage. Jason Jam was even funnier this year to me than in the past. The head cheerleader in Children of the Corn makes me laugh.  Jack and Sally “pas de deux” was a great addition to the lineup of Halloween heroes, and Jack is extremely flexible.  Finally, the local aerial artists that performed in between the main dance numbers were breath taking. The dancers at Odyssey Dance Theatre under the direction of Derryl Yeager is a treasure that shouldn’t be taken for granted. The choreography and dancers are top level.
Thriller has a bit of a darker side to it and may not be appropriate for very young children.

“This show has become a phenomenon!” says Artistic Director Derryl Yeager. “Now in its 22nd year, it has grown tremendously in popularity, and we are busy performing the show throughout the entire month! We are performing in six locations in Utah, as well as Pocatello, Idaho; for the twelfth year in a row, we’ve had to hire two separate casts to fill the amazing demand; and each year, we have unprecedented numbers of children audition to be a part of our Halloween hit.”

Thriller can be seen at Kingsbury Hall now through October 30th. This year Odyssey has expanded their tour; which began on September 21 – October 7 in Park City at the Egyptian Theatre, up to Pocatello, Idaho for a couple of shows October 1 – 2, in Provo October 9 – 16 and will be in Ogden on October 19- 20, in Price on October 23rd and ends in St. George October 25-31.

Melody Kesterhttp://www.saltlakemagazine.com
Previous article
Have You Seen the Weeping Woman in Logan?
Next article
Good Standing Pulls Back the Curtain on the LDS Church