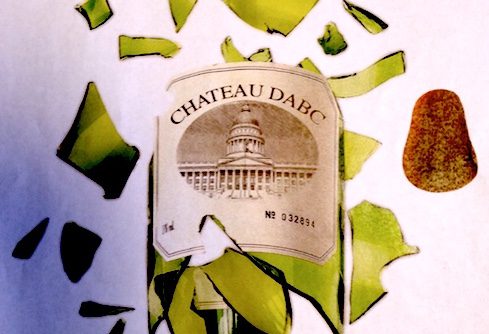 It’s time for even the most faithless bar and restaurant owners to get religion and pray that HB442—that ostensibly was to remove the despised Zion Curtain—fails to pass before the Legislature packs it in next week.

The 150-page hairball is so loaded with business-killing land mines, ignorant assumptions and vagueness that it’s best it die on the vine to be rewritten for another try in 2018.

Here are just some of the issues that hospitality people brought to the Business and Labor Committee Wednesday—not even touching the absurd new Zion Curtain/Zion Moat/Zion Railing (aka “Wild Reef”) options for restaurants:

— The rewrite of liquor law would include a 2 percent markup on alcoholic beverages. In short everyone who drinks, along with the bar and restaurant owners, will feel the pain of trying to remove the Zion curtain. The mark-up (none dare call it a tax hike!) will raise $4 million that would be used for training, anti-drinking education for eighth graders and anything left over will go to the general fund.

— Convenience stores and gas stations will not only have to segregate 3.2 beer from other beverages, they will have to make sure the labels on things like hard root beer and lemonade don’t resemble soft drink labels. Presumably, the DABC will patrol Kwik-E-Marts to make sure this doesn’t happened.

— So-called dining clubs will have their licenses phased out by 2019 and will have to choose between being a bar or a restaurant (which requires 70 percent of their sales be food). Tim Rogers, representing ‘Bout Time pubs, pointed out that landlords and local municipalities forbid bars on certain properties, thus a restaurant that couldn’t make the 70 percent cut off would be forced to close and put its staff out of work.

— The language in the law addressing bringing a bottle of wine into restaurants still doesn’t make sense, seeming to say a bottle can’t be opened unless three adults are at the table and must be opened out of patrons’ view. Sponser Rep. Brad Wilson maintains that wine service regs are unchanged, but that remains in dispute.

The list goes on and on, but as Rep. Gage Froerer from Ogden, who is a Zion Curtain foe, said in an interview the bill is so loaded with problems it would be best for it to die and be rewritten. He did, however, vote for it to go to the full House for debate—apparently he wants to share the agony.

Glen Warcholhttp://www.saltlakemagazine.com
The late, great Glen Warchol passed away in 2018. His last billet was on the editorial staff here at Salt Lake magazine but his storied career included stops at The Salt Lake Tribune, The Desert News, The New Times and others. His stories haunt this website like ghosts in a machine and we're always happy to see them. RIP Papa Warchol.
Previous article
The Hive: Rad Roots
Next article
Zion Curtain: 900-pound Blessing for Bartenders.