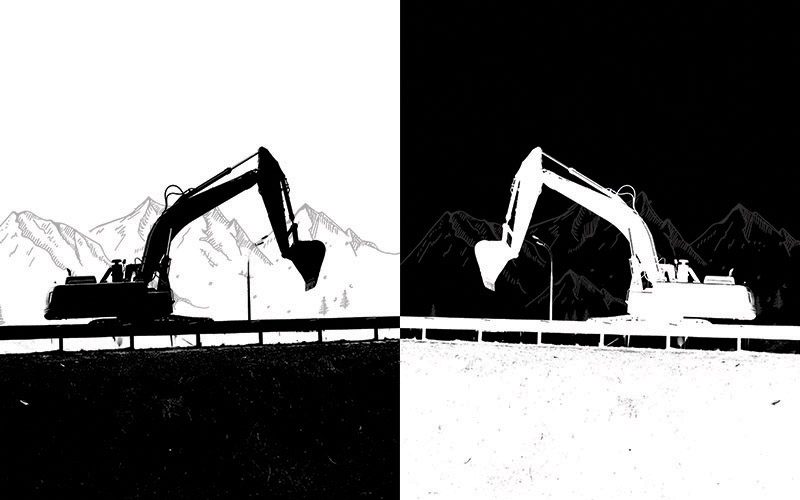 Is the Hideout Annexation Legal?

The plots are mostly native grasses with some Gambel oak sprinkled in. You’d be hard-pressed to describe the land as particularly notable, but as developable acreage diminishes in the Summit County, some see opportunity. Some see exploitation. I suppose it’s a matter of perspective, but the way each development was pursued—the “tech center” land west of 224 by Dakota Pacific and the Richardson Flat area by the municipality of Hideout—is so starkly different, it’s difficult to avoid picking a side.

Is the Hideout Annexation Attempt Legal?
Legal? Probably. Appropriate? Depends on who you ask. The bill, H.B. 359, allowed municipalities to add to their boundaries across county lines without approval from the impacted county, though the language allowing such action was later repealed. Brockbank and Hideout Council Members have been adamant everything was done above board. A lawsuit brought by Summit County alleges meetings were held in secret in a deliberate attempt to deceive lawmakers.

Development is a boogeyman along the Wasatch Front with seemingly every inch of available space consumed by infill. Wasatch Back residents fearing they too will be penned in by endless development have grown sensitive. Thus, the kneejerk reaction to any development news is a mixture of disdain and hysteria, some warranted, some misguided. 2020, being the waking nightmare it is, brought two opportunities for anti-development outrage beyond the multitude of ski resort-related projects already in the Park City pipeline, and we soon learned not all outrage is created equal.

“We’re not based in Summit County, so some people won’t like us anyway,” says Jeff Gochnour, Director of Development for Dakota Pacific (DP). “But despite the name we’re a Utah company, and the owner does live in Summit County.”

Gochnour is leading DP’s mixed-use development project across S.R. 224 from Kimball Junction. The development has been a long time coming. The Skullcandy building and visitor’s center were already built as part of a misguided plan to create a Park City Tech Center. Then DP purchased the languishing property in 2018. “There’s always pushback, especially from people who want the area to remain open space,” Gochnour says. “We understand that, but we’re respectful of the process and trying to design the project around public input about what Summit County residents want to see.”

To that end, DP is attempting to align the development with the county’s updated 2019 master plan. This includes items like building hundreds more affordable and workforce housing units than DP was obligated to provide in addition to addressing community requests for a dog park, a farmers market and a new outdoor concert and movie screening area to replace the open space and stage at Newpark, which was buried by condos and retail space. Development rights for the area were secured years ago, so there’s no recourse against the new building. County residents should be relieved the project is being managed by a party that respects community input.

Unfortunately, the same can’t be said of the development being sought by the municipality of Hideout, which has undertaken means so nefarious it borders on self-parody. They seek to create a Kimball Junction-sized development on ill-gotten lands unilaterally annexed across county lines after backroom dealings during a special legislative session in the State House that ultimately benefitted Mitt Romney’s son, Josh. Nothing contained in that grammatically incoherent string of clauses is a joke.

During a July legislative special session, Sen. Kirk Cullimore, R-Sandy, sponsored a bill with substitute language that legalized precisely the kind of annexation that Hideout, a town of 1,000 in Wasatch County, attempted to perform with land in Richardson Flat, part of Summit County. The language allowed Hideout to annex adjacent land across county lines with no county approval. After Hideout’s council approved the move, they entered a pre-annexation agreement for development rights with Josh Romney and his business partner Nate Brockbank, who had previously requested and were denied zoning changes allowing for a mixed-use development on the same land.

Summit County was understandably miffed at being stripped of land-use authority, and public outcry brought the issue to the forefront. “It’s unconscionable to me that Hideout would continue to attempt this,” Summit County Manager Tom Fisher told the Park Record. At that point, Sen. Cullimore attested the purpose of the altered bill had been misrepresented to him and joined the effort to repeal the language at the subsequent special session in August. Still, Hideout attempted to move forward with the annexation in the 60 days before the repeal became law and were blocked only by an injunction from 4th District Court Judge Jennifer Brown.

The COVID-19 pandemic has only hastened Utah’s population growth, so don’t expect the endless tide of development to stop. Public pressure remains the most effective way to curb unseemly expansion, so let’s remember to use our limited stock of outrage wisely. Not all development is created equal.

See all of our Park City coverage here.

Tony Gillhttps://www.saltlakemagazine.com/
Tony Gill is the outdoor and Park City editor for Salt Lake Magazine and previously toiled as editor-in-chief of Telemark Skier Magazine. Most of his time ignoring emails is spent aboard an under-geared single-speed on the trails above his home.
Previous article
Give the Gift of Good Karma
Next article
Air-Fryer, Today’s Hottest Kitchen Toy