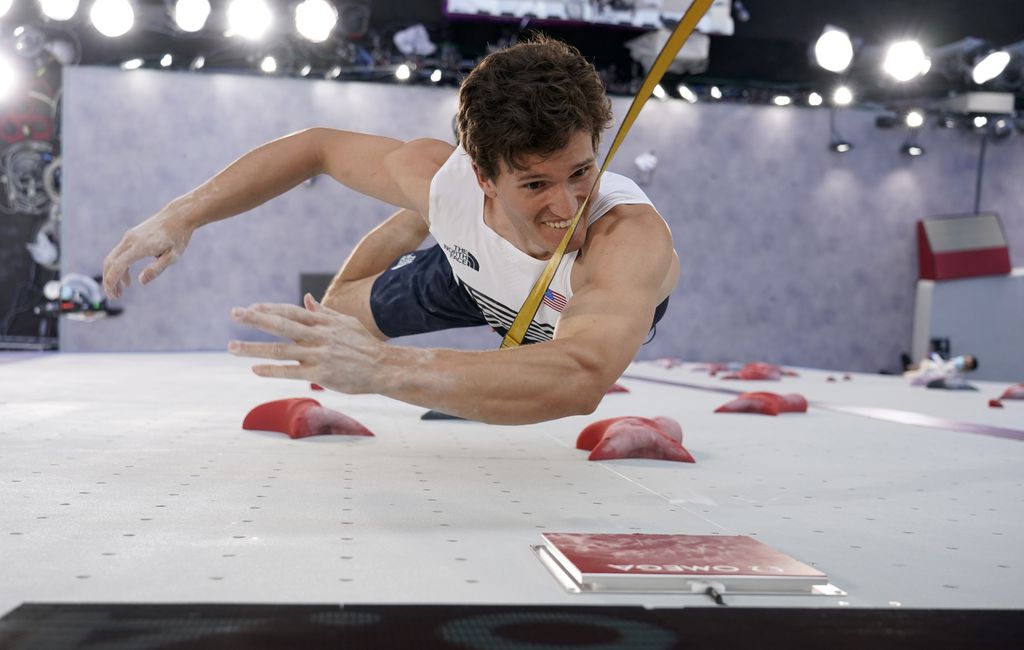 Utah local Nathaniel Coleman won the silver medal in the sport climbing combined event at the Tokyo Olympics. The Murray High School graduate won the bouldering portion of the competition, a result which when combined with a fifth in lead climbing and a sixth in speed climbing—while earning a personal best time—was enough to push him into second overall. Coleman excelled against some incredible athletes such as Adam Ondra of the Czech Republic, who is often regarded as the greatest male climber in history.

The 24-year-old Coleman is no stranger to climbing success. He won three straight USA Climbing National Championships in bouldering in addition to notching a first ascent on one of the hardest boulder problems on earth, The Grand Illusion, a V16 in Little Cottonwood Canyon. Still, there is no public stage quite like the Olympics, and Coleman thrived under the pressure.

The sport climbing combined event features three different disciplines, each of which rewards climbers for excelling at a distinct aspect of the sport. The speed climbing portion tests explosiveness as climbers ascend a relatively easy—for them, anyhow—climbing route. The bouldering competition is the ultimate test of strength and power on an exceedingly difficult yet short route without using a rope. The lead climbing discipline rewards climbers who have a strong mixture of power and endurance as they ascend a challenging, longer route while using a rope for protection. The combination of skills required over the competition rewards a well-rounded climber, and nobody other than 18-year-old Alberto Ginés López of Spain was able to best Coleman.

While Utahns have traditionally found success at the Winter Olympics, Coleman, along with mountain biker Haley Batten, is proving Beehive State locals can dominate on the world stage in warm weather mountain sports as well. Check out highlights of Coleman competing in Tokyo here and watch him crush Little Cottonwood granite on one of the planet’s most difficult climbs in the video below.

Check out more outdoor and sports coverage as the Olympics continue.

Tony Gillhttps://www.saltlakemagazine.com/
Tony Gill is the outdoor and Park City editor for Salt Lake Magazine and previously toiled as editor-in-chief of Telemark Skier Magazine. Most of his time ignoring emails is spent aboard an under-geared single-speed on the trails above his home.
Previous article
The Best Chocolate Chip Cookie in Utah (And Some Others That Are Damn Good)
Next article
Red Butte Concerts This Weekend: Unironic Outlaw Country, Recovering Riot Grrrls and Dad Rock