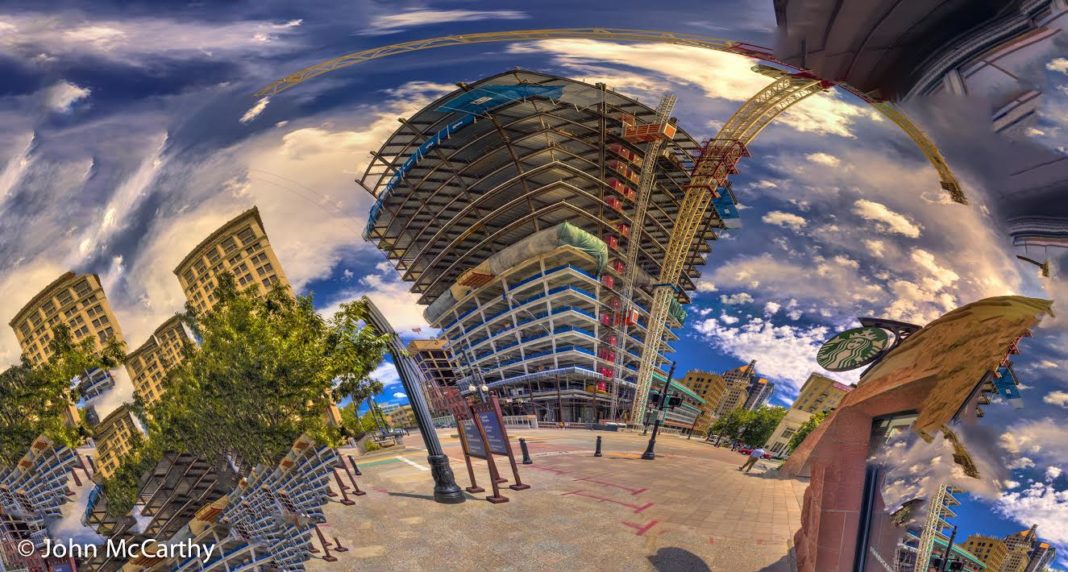 Starting tonight, the walls at Oquirrh, one of Salt Lake’s shining new dining stars, will be covered with the genius images of photographer, urbanist, visionary John McCarthy. Ever since Salt Lake City broke ground on the mammoth development called City Creek, McCarthy has been on the streets with his camera, documenting the city’s skyline’s rebirth in stages of steel, rebar, cement and people. Then using a special magical process (meaning I don’t understand it, he has transformed the original images into semi-abstractions that reflect the structural imagination architecture requires. 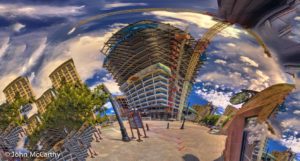 In 2019, Salt Lake magazine featured the project as it was then—take a look, it’s grown, as the city has. These photographs have so much depth and detail, it’ll take longer than one dinner to absorb them all. Maybe you’d better make two reservations at Oquirrh.

Mary Brown Maloufhttps://www.saltlakemagazine.com/
Mary Brown Malouf is the late Executive Editor of Salt Lake magazine and Utah's expert on local food and dining. She still does not, however, know how to make a decent cup of coffee.
Previous article
Food in Review: Eating in Salt Lake City in 2019
Next article
Theater Teacher Helps Kids Find Their Voices