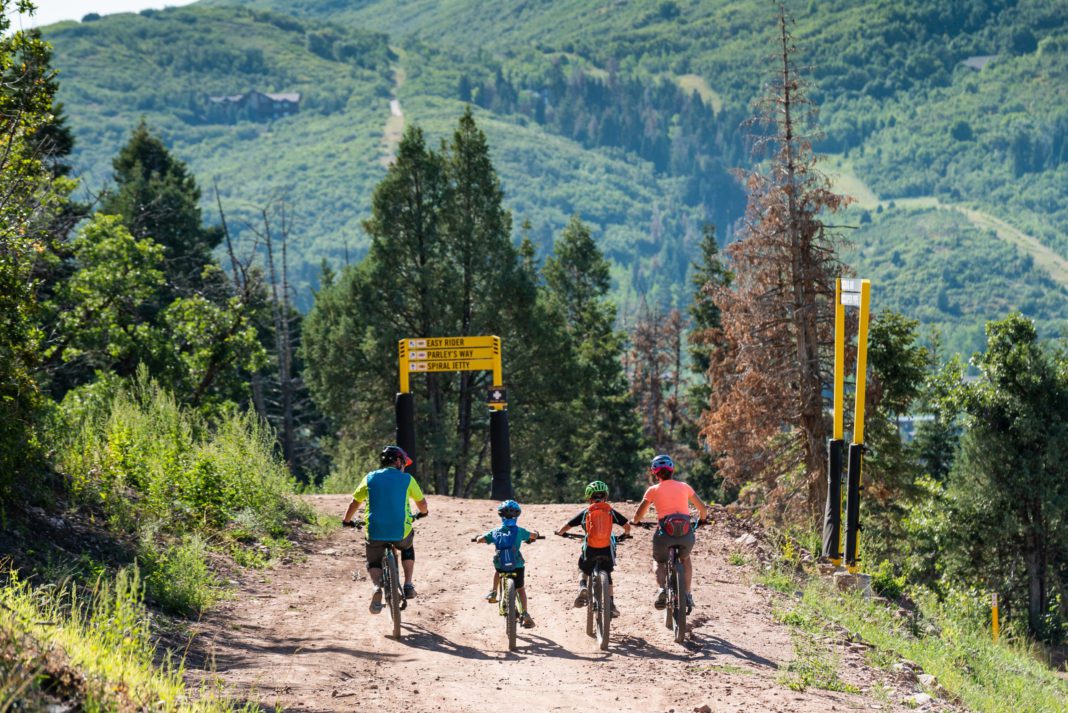 Park City Shoulder Season Has the Cure for 2020 Blues

Shoulder season. Mud season. Not yet ski season. Whatever you call it, it’s a typically dark time in mountain towns. But in a manner completely unrepresentative of 2020, the transitional period between winter and summer in Park City has a lot to be excited about. The lifts will stop spinning later and start spinning earlier. Off-season restaurant closures are getting traded in for value-packed dine-around specials. Less down time with more to do, see and eat. Here’s to shoulder season 2020!

Forget the dreaded temporary gym membership you won’t remember to cancel because you can hang up the bike later and dust off the skis earlier. Woodward is the relative newcomer in town, but the resort is already making its mark on Park City shoulder season. While Deer Valley and Park City Mountain have shuttered their mountain bike and summer activities operations for the year, Woodward is opening new terrain and planning to keep the lifts spinning October 18. Just this week they unveiled a brand-new bike trail, EZPZ, which features a host of creative line choices and unique wood features suitable for a wide range of rider types from beginners to experts.

Once the mountain bike park eventually shuts down, it’s only a handful of weeks until the mountain park opens for winter. Woodward is shooting for a start date of November 13 for skiing and snowboarding, but the truly anxious won’t even have to wait that long. The resort is hosting a rail jam over Halloween weekend to kick the winter season off in style. “First, last, best. That’s the motto we’re trying to embody at Woodward,” says marketing director Andy Miller. While all these dates are projected and conditions dependent, gone are the days of the three-month September to December hiatus. More shredding, less waiting!

We’ve all spent way too much time reading food blogs before inevitably overcooking or somehow otherwise ruining a meal lately, so get out and enjoy cuisine made by people who actually know what they’re doing. The Park City Dine About is back for the eighth year running. The annual event, hosted by the Park City Area Restaurant Association (PCARA), is taking place between October 1-18 with dining deals at some of Park City’s best restaurants.

Two-course lunches can be had for $10-$15 per person, while three-course dinners are $20-$40. Those are prices rarely seen in the thin, rarified air of Park City restaurants. “Dine About is always a great opportunity for restaurants to thank the community for their year-round patronage,” says PCARA executive director Ginger Wicks.

Tony Gillhttps://www.saltlakemagazine.com/
Tony Gill is the outdoor and Park City editor for Salt Lake Magazine and previously toiled as editor-in-chief of Telemark Skier Magazine. Most of his time ignoring emails is spent aboard an under-geared single-speed on the trails above his home.
Previous article
Thanksgiving & COVID: How to Celebrate
Next article
Britt Bakes Bread