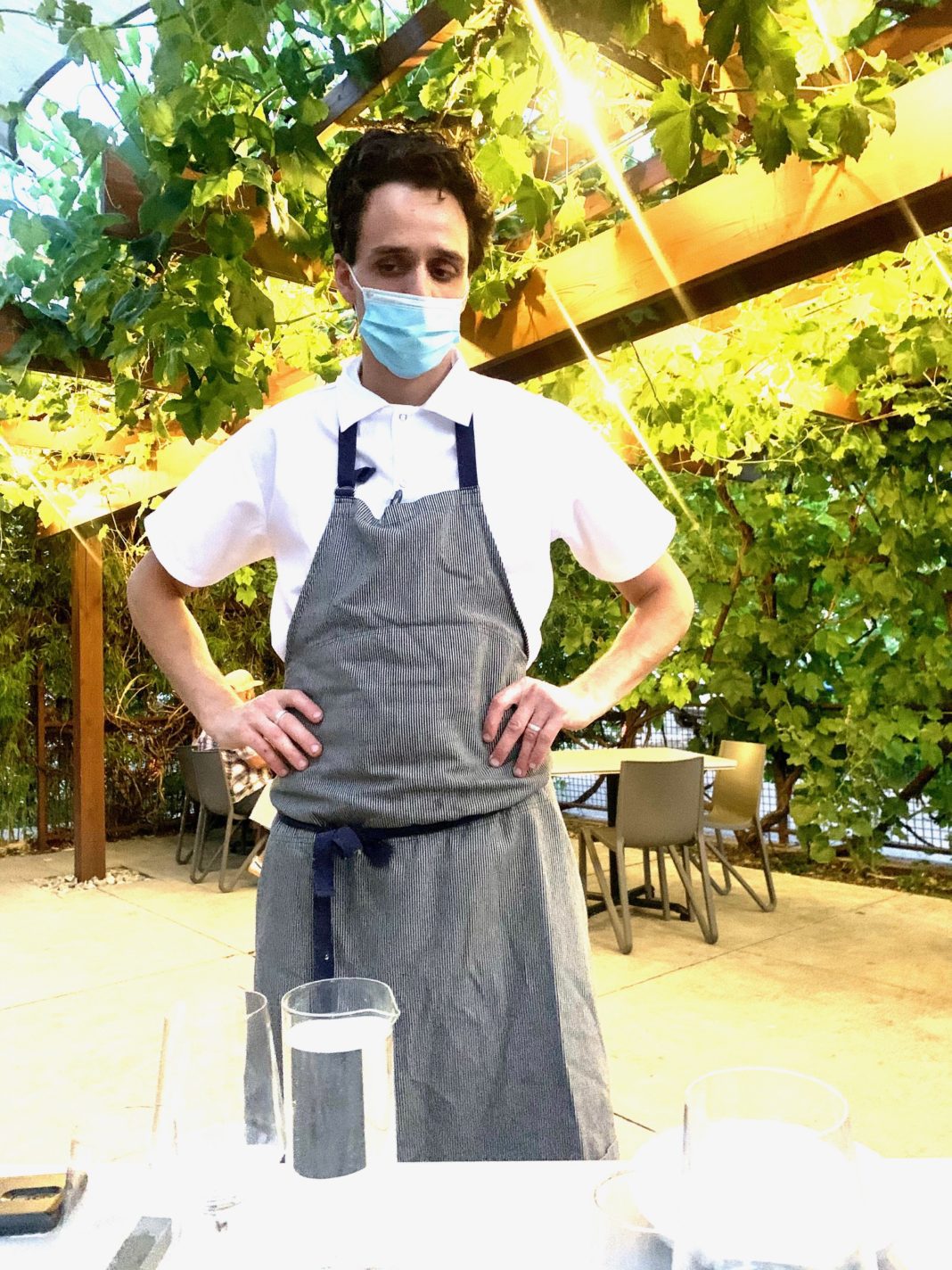 Food writers have faves, just like every other diner. In this awful time, as favorite restaurants are struggling and many closing, I feel like I’m losing old friends. I worry about the post-Covid time, when only the big chain restaurants with deep pockets will be left. I worry about a big step backwards in the Salt Lake dining scene which had just earned national prominence. I worry about the little places with big creativity—when money gets tight, creativity takes a back seat to sellability and everyone ends up serving burgers.

So the announcement about a couple of new restaurants opening was, actually, thrilling. That one of them is an expansion of a place, The Day Room, I already loved was icing. That the place was opening in the middle of the worst (so far) part of the Covid pandemic seemed crazy.

Chef-owner Milo Carrier agrees. His restaurant, Arlo, is in the space formerly occupied by Em’s, which closed in December. 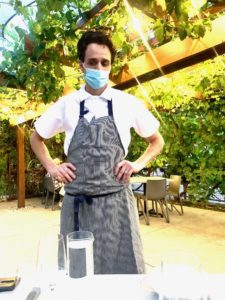 “We figured on six months to get everything done, met that goal and here we are, opening at the worst possible time,” he says. “Making the numbers work is a trick. We’re just barely on the right side of viable.

Fortunately, the little house on Center Street has a big, vine-covered patio with a nice sunset view. Right now, that’s the only part of Arlo that’s open and it’s perfect for the moment.

So is the food. Readers always want a two or three word description of a restaurant’s food—that’s how we end up with vague descriptors like Cal-Ital, or Pacific Rim. Arlo’s food, like the best restaurants’, is chef-driven, meaning it’s too personal to sum up that way. It stems directly from Carrier’s life experience: Growing up in Salt Lake (he went to West High); attending the Culinary Institute of America in Hyde Park, New York; working in San Francisco restaurants, living in New Zealand, then returning home.

“I view cooking as the easiest way for me to communicate,” says Carrier. So what does this say? Toasted farro, grilled asparagus and chili, sesame-almond aioli. Agnolotti stuffed with potato and aged cheddar with charred peas, potato crisps with fresh horseradish and lemon.

Roasted chicken with broccolini and a sauce of roasted garlic and caramelized buttermilk. 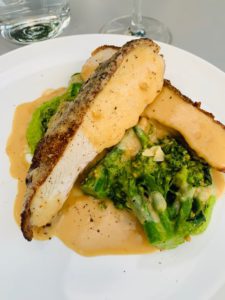 To me, these items say American summer—the bitter smoke of the grill, the crumb-crusted chicken with the crunch of fried but no grease, a little chile heat and the country tang of buttermilk condensed to sweetness. Nothing here is quite classic American, but the flavors echo Americana and proclaim a farm-to-table ethos without shouting about it.

Carrier is moving into his culinary future at a measured pace. “Eventually we want to use whole animals, but we need to wait. I think a lot about the sustainability of restaurants, balancing the input and output. Right now, I’m thinking a lot about my responsibility for risk. People are lingering on the patio—they’re clearly ready to go out again, but we need to be careful.”

As with every restaurant right now, the key word at Arlo is pivot. And Carrier knows that’s not a one-time turn—restaurants are going to keep pivoting according to new circumstances in this strange new world. It’s going to be a twirly world, running a restaurant for the next year or so.

“But right now, I’m concentrating on the now,” Carrier says.

And so far, the now is looking and tasting terrific, in my opinion. 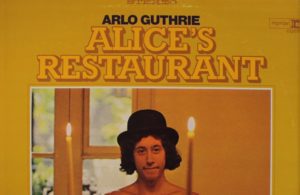 About the name? Of course, if you’re of a certain age or listened to your parents of that age, you think of “Alice’s Restaurant Massacree” when you hear Arlo, and it turns out that the Carrier’s had a dog named Arlo and a sister named Alice, so it all hangs together, recalling the spirit of Arlo Guthrie, an American icon, and one that implies a kind of American irreverence.

Which might be that two-word summary of this restaurant we were looking for.

Of course, you can order to go.

Mary Brown Maloufhttps://www.saltlakemagazine.com/
Mary Brown Malouf is the late Executive Editor of Salt Lake magazine and Utah's expert on local food and dining. She still does not, however, know how to make a decent cup of coffee.
Previous article
South Salt Lake Park Dedicated to Hser Ner Moo
Next article
Masks Seem to be Working in SLC