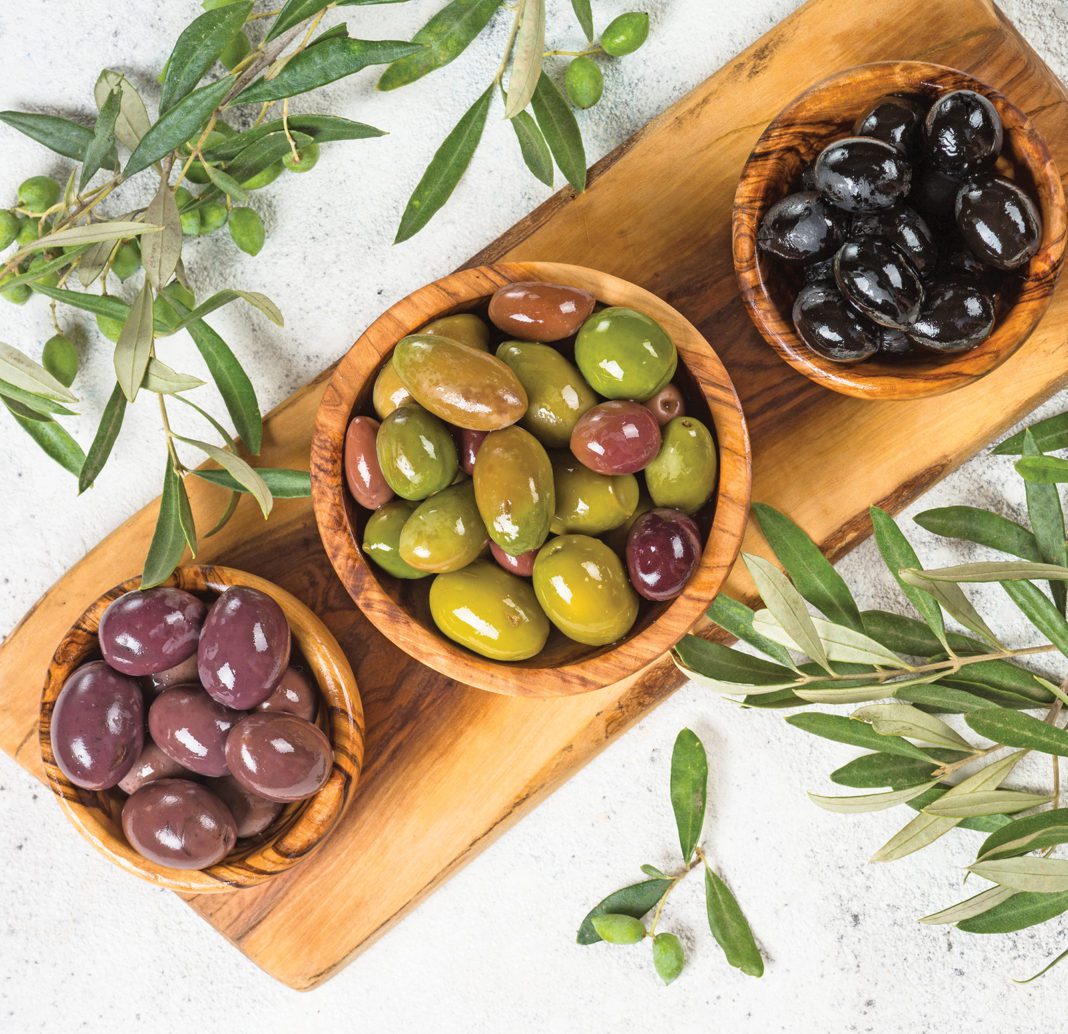 Offer your guests a bite of abundance, peace, wisdom and purity. In other words, an olive. Olives are an ancient species—the tree had its origins some 20 to 40 million years ago—and have been eaten by humans for say, 6,000 years, give or take. It’s not surprising so much symbolism has become attached to them.

Part of almost every cocktail party menu, they can also provide a conversation starter. At such occasions, just Google “olive.” “Hey, did you know that olives were the source of the Minoans’ wealth?” you might ask casually. Or, “By the way, an olive tree in Croatia is 1,600 years old and still bears edible olives!” Okay, maybe it’s just best to chat about the weather. Know enough to put together an interesting selection. Most grocery stores feature an olive bar now, and naturally SLC’s gourmet store stars—Caputo’s Market & Deli and Liberty Heights Fresh—have great selections and knowledgeable sales people.

Everybody’s favorite Greek olives, used in salads, cheeses and all kinds of cooked dishes. Usually preserved in red wine vinegar and olive oil, they have a beautiful purple skin.

Lucques is a cultivar of olives grown primarily in Languedoc in France. It is primarily used as a green table olive with a bright, tart flavor.

Alfonso olives are considered Chilean, though they’re influenced by Peruvian culture. Huge, purple and brine-cured, then macerated in red wine.

Great big olives from Arcadia are unpasteurized so they retain more tannins than many other olives.

Mary Brown Maloufhttps://www.saltlakemagazine.com/
Mary Brown Malouf is the late Executive Editor of Salt Lake magazine and Utah's expert on local food and dining. She still does not, however, know how to make a decent cup of coffee.
Previous article
Modern West’s ‘Variant’ Takes a Meditative Approach to Collective Uncertainty
Next article
Wellness Through Nature (And TikTok)