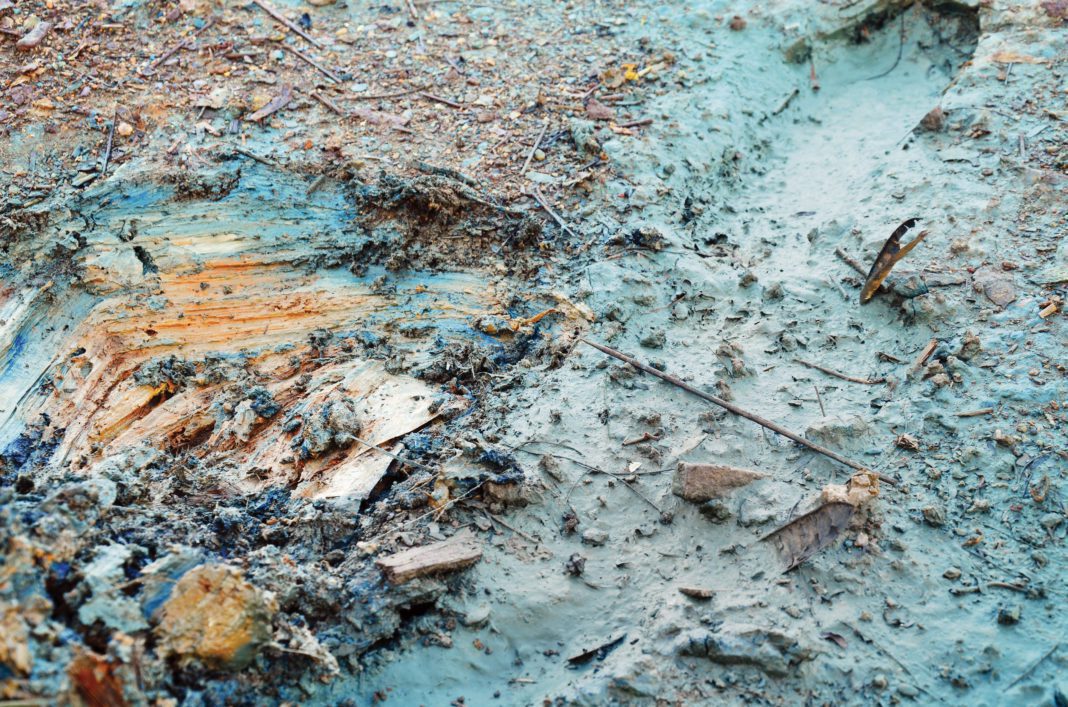 The Dirt on Park City

What we’re debating here is the very foundation of this community. It’s the literal ground we’re standing on—like the actual dirt. Seriously. Even the dirt in Park City is fraught with contradiction, caught between a bygone silver mining era and the eternal transformation into a worldwide destination resort for outdoor enthusiasts, art aficionados, indie movie darlings, cuisine Instagrammers and whomever else we can market the community to. That mining part left a legacy of environmental contamination—tailings laced with lead, arsenic and the like—which is quite literally resurfacing as the development boom races ahead in its myriad of incarnations. The questions at hand are, one, what we do with those soils and, two, who’s responsible for them. Thus far, Park City hasn’t dug up any easy answers.

Building new things first requires digging holes in the ground, and Park City is doing a lot of both. The proposed Arts and Culture District, for example, will unearth endless piles of soil needing to go somewhere. Because the soils are contaminated it can’t just be haphazardly dumped. Carbon-based life doesn’t get along great with mining-era contaminants.

Currently, every truckload of contaminated soil from Park City is taken down to a contaminated soils repository in Tooele, a solution which is expensive and laced with ethical quandaries about offloading inconvenience on another community. City officials sought another solution: to build a repository on municipal acreage alongside S.R. 248, which would be more cost effective. The city previously used a repository in Richardson Flat, but it has been closed since 2010.

The concept, with both its flaws and virtues, never got off the launch pad. An overwhelming flood of negative community pushback thrust the issue to the forefront of public consciousness. It was called a toxic waste dump and a community hazard. Even if those proclamations are vague and hyperbolic, some concern is valid. “Utah has weak fugitive dust regulation, which means there are insufficient controls to keep contaminants from being airborne,” says Scott Williams, Executive Director of HEAL Utah. “It’s more well-regulated when transporting materials off site, but the process hasn’t been well publicized or transparent enough.” City officials say disinformation created the charged atmosphere, which ultimately led every mayoral and city council candidate in the 2021 election to abandon the solution they’d designed. Councilors Max Doilney, Steve Joyce and Tim Henney all asserted deep politicization of misinformation derailed honest assessment. Incumbent Mayor Andy Beerman and challenger Nann Worel both stated the need to respect the desires of the community, while noting the issue wouldn’t evaporate under the status quo.

For now, Park City keeps on trucking…dirt to Tooele. But the larger issue won’t stay buried.

The Waste Repository That Wasn’t

The planned contaminated soils repository was to hold 140,000 cubic yards of material. That’s enough for 15 years storage, after which it was to be capped and turned into open space for recreation. Construction was estimated to cost $2.7 million but recoup multiples of that initial investment over the course of its lifetime.

Tony Gillhttps://www.saltlakemagazine.com/
Tony Gill is the outdoor and Park City editor for Salt Lake Magazine and previously toiled as editor-in-chief of Telemark Skier Magazine. Most of his time ignoring emails is spent aboard an under-geared single-speed on the trails above his home.
Previous article
Merry Geekmas: What to Watch This Holiday Season
Next article
Black Emperor Gang: The History of Japan’s Bosozoku Gangs